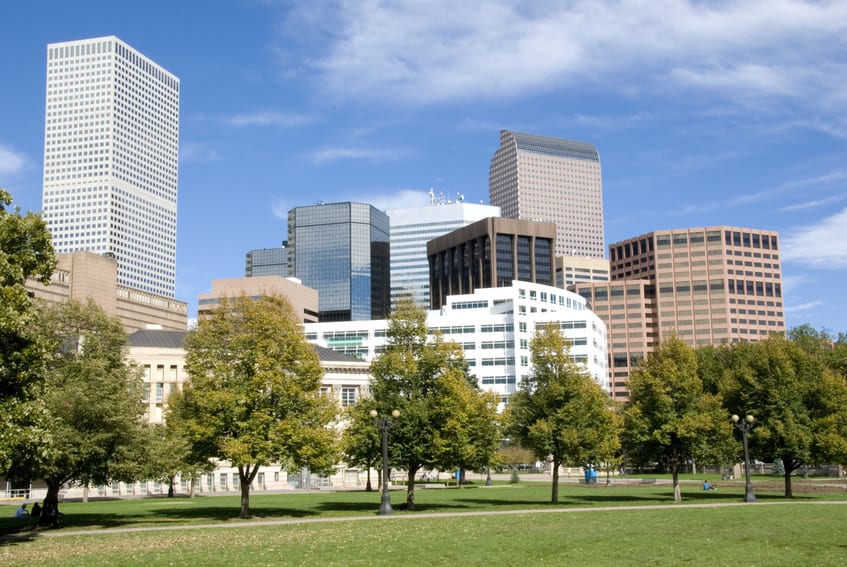 The amount of total sublease space – available and vacant – is up in downtown Denver. Oil and gas companies represent much of this space

As we wrap up 2016, the metro Denver sublease market is still up, but not earth-shatteringly so. However, experts are split on whether 2017 will bring relief.

Any space that is under lease by a master tenant that is being made available to the market, typically at a discount below the current market rental rates, qualifies as sublease space, said Matt Davidson, managing director with Newmark Grubb Knight Frank.

It is also important to note that sublease space can be qualified in two forms – vacant and available, said Tom Lee, NGKF executive managing director. Vacant space is empty and physically available today. Meanwhile, available sublease space applies to companies that are occupying space, but if somebody would take their space, they would move out, he said. According to NGKF numbers, there is 890,000 sf of vacant sublease space in the total market, with 506,000 sf of that located downtown.

When discussing numbers, it’s helpful to have historical comparisons. The sublease numbers are down when compared to the early 2000s, at the end of the dot-com bubble, said Lee. And in the southeast suburban, the amount of vacant space is half of what was available during the Great Recession, he said.

If you compare the numbers within the current cycle, they’re a little high. Starting in 2010, the Denver metro has gone from around 2 million sf of sublease space down to 1½ million sf up to today’s high of almost 3.5 million, said Holm.

“Right now, we have about 150 to 175 percent more sublease space than we typically have, based on the last seven years,” he said. But it’s important to keep in mind that there will always be some sublease space available. If the long-term average is somewhere in the range of 600,000 to 700,000 sf downtown and between 500,000 and 600,000 sf in the SES, and there currently is 1.4 million and 1 million available in these markets, respectively, that’s the equivalent of 2.6 percent and 1.5 percent of the total respective space. “So it’s material, but it’s not earth shaking,” he said.

Another important key to understanding the current sublease market is identifying the main industry – oil and gas companies – subleasing space downtown. Unlike the previous oil bust of the 1980s, downtown Denver now enjoys a diversified business market, with oil and gas accounting for about 20 percent of downtown office market tenants. However, due to the drop in oil prices, these tenants now make up about 60 percent of the available sublease space in the downtown market, totaling almost 900,000 sf of available space, said Holm.

Further, of that sublease space, oil and gas firms make up four of the top five largest blocks of available space, which equals 52 percent of the entire sublease space available, said Davidson.

“The largest sublessors downtown, representing 60 percent of the oil and gas sublease space, are all credit users, so these are not people who are going to default,” Holm said. “They’re going to continue to pay the rent and landlords will continue to collect, and while those companies may sublease their space at a discount, the overall impact on the market is muted because they’re not a risk of default.”

The SES market’s sublease space is spread across industries, which appear to result from a combination of factors without anything in particular leading the way, Holm said.

There has been some activity backfilling this sublease space by a few oil and gas firms that are taking advantage of the current market and expanding. Law firms and professional services also are a natural fit for the space configuration, but it’s hard to point to one specific industry that is gobbling up the spaces.

Thanks to Denver’s diverse economy, there’s a variety of potential tenants, ranging from tech to health care to finance and advertising to food services, that could be interested, said Lee.

“This is the best-valued space in downtown, because you’re going to be in the $45- to $50-per-sf range on space in Central Platte Valley or LoDo for new construction,” Lee said. “This space can come in at 50 to 60 percent of that cost, so it’s really where the value is. The question is, is the fit appropriate?”

A user must be willing to use the space in its existing configuration. The sublessor does not want to invest more money into the space because he already is trying to mitigate a losing situation, Holm said.

“Finding a user who can use the space the way it is can be hard,” said Holm. “If you have a tech firm and you’re subleasing oil and gas space, which is all hard offices, that’s a mismatch – it doesn’t really work.”

Aside from the floor-plan configuration, the type of building itself can present challenges. The majority of these spaces are found in traditional 1970s and 1980s vintage buildings that may not be appealing to every company, Davidson said.

Tenant improvement allowances from sublandlords can help get deals done as can in-building amenities, said Davidson. And the location is critical.

If you’re a company subleasing 5,000 to 10,000 sf of open-planned, brick-and-timber space in Lower Downtown, your space will probably be picked up quickly and at rates north of $30 a sf because options are extremely limited, Davidson said. However, if it’s a larger space that’s office intensive, located in the downtown core, even at a price of $15 a sf, that space could sit vacant for a year or two, Davidson said.

The second common mismatch is in term requirements – i.e., a sublease space has three to four years left on the term, but the interested subleasee only needs it for a year and a half. Some of these deals get done, but it’s challenging, Holm said.

With these two hurdles in mind, the ideal tenant must be a company that has a short-term need and can make the existing configuration work, such as a company that is moving to the market or needs to expand quickly, said Holm. For these reasons, it isn’t surprising that much of the available sublease oil and gas space hasn’t subleased.

“Some of these sublease spaces, these bigger blocks, have been sitting for a while,” said Lee. “But that’s going to change in 2017 for the following reasons: we’ve bottomed on oil and gas, where the price is right now; most of the space that’s coming back to the market has come back in 2015 and 2016 – that doesn’t mean that there couldn’t be some more isolated situations – but most of the oil and gas space that’s going to hit the market has; and I predict that by the end of 2017, the amount of sublease space downtown will be cut in half.”

Additionally, relief will be aided by the fact that 1801 California is now 95 percent leased, which had been the gorilla of the downtown market for the last five years because it always had available space, he said. Many of the new builds are leasing up, and demand to be located downtown and the allure of downtown’s amenities have never been stronger. This means that for tech or other growth oriented tenants, there will be fewer options, he said.

“Who are the next tech tenants that need 30,000, 40,000, 50,000 or 60,000 square feet?” Lee asked. “Where do they go? I think they go where there’s value.” They’ll also be attracted to the flexibility and shorter lease term options. “The relief will be coming, for the most part, from value-oriented tenants who can’t find growth in new product.”

Holms disagrees about immediate relief coming in 2017. “I think it just takes time to work the sublease space down; you’ve got to go through the transition,” he said.

He anticipates oil and gas firms are likely to remain static through the foreseeable future and wonders where we are in the overall business cycle, which has been enjoying expansion for about seven years. If something happens in the economy, the sublease space could get worse, not better, he said.

“I’m not saying that’s going to happen – it’s just a question, and I’m pretty sure I’m not the only one thinking about it because of where we are in the cycle,” he said. The impact coming from the unpredictable political situation also adds to the unknowns.

“So no, I don’t really see anything on the horizon that’s going to all of a sudden fix the sublease situation,” he said. “It’s just going to have to work itself out over time and we all have to cross our fingers that something doesn’t happen in the economy that actually makes it worse.”

Featured in the December issue of Office Properties Quarterly.