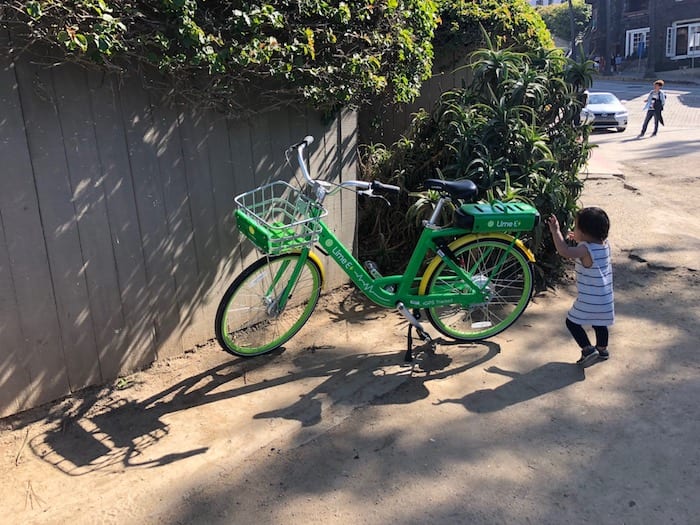 Dockless biking has arrived in Denver.

As smartphone users and ride-share adopters, participants in the tropes of contemporary society play an important role in catalyzing disruptive innovation. Defined as “an innovation that creates a new market and value network while disrupting an existing market and value network,” society serves as continual witness to how innovations can single-handedly transform industries, systems and, for better or worse, human habits and behaviors. 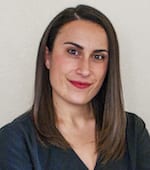 But what happens when a potential form of disruptive innovation is, well, disruptive? I recently spent a week in San Diego, home to the Padres, pristine beaches, a magical zoo and, as of late, a hotbed for the “shared mobility industry,” an emergent industry that includes a proliferation of dockless bike, electric bike and electric scooter-sharing start-ups.

Upon arrival in the city’s downtown, and later as I visited satellite communities along the coast, I was struck by the number of dockless bikes, electric bikes and electric scooters that seemed “littered” throughout the city. No matter where I turned, dockless vehicles were located on street corners, in alleys, at trolley stops, behind dumpsters and, in some cases, deposited in random locations such as a park’s fountain or stranded in the middle of a bluff on a hiking trail in La Jolla.

As I was walking through downtown to grab a coffee, the whir of electric scooters and bikes filled the air, as a noticeably youthful demographic of riders whipped and whizzed from Point A to B. Sometimes the riders were in the street, riding alongside vehicular traffic. With my toddler in tow, these vehicles were perhaps more noticeable when weaving around pedestrians, myself included, as we earnestly tried to navigate the city’s sidewalks.

Upon returning to Colorado and doing some research, I became even more curious, as dockless bike-sharing has recently been introduced to Colorado by the city of Aurora, as well as through a University of Denver year-long pilot program.

Love it or hate it, here is a brief overview of how dockless bike or scooter sharing programs work, potential avenues for profitability, and how these programs are beginning to disrupt the shared mobility industry while impacting the urban realm.

How does it work? Similar to ride-sharing programs such as Lyft and Uber, a dockless bike or scooter ride is activated through an app on a smartphone. Users are billed by credit card. When a ride is completed, a rider either pushes down a locking arm or taps “End Ride” on the app and the device automatically locks up. Rather than returning a bike to a docking bay, the user can then theoretically leave the vehicle on the sidewalk, where a future user might locate and access the vehicle for a future ride.

How do dockless bike and scooter companies anticipate making money? This question is still being tested. LimeBike, the leading smart bike-share provider, has raised over $132 million dollars in venture capital. In a press release from LimeBike, CEO and Co-Founder Toby Sun shares, “This new capital further solidifies our leadership position in the shared mobility industry, as our market-ready, multimodal mobility solution helps to meet the various needs of that first and last mile transportation challenge.”

While companies such as LimeBike have cited ridership as their primary source of revenue, the potential collection of user data may be another draw for current investors. A contentious topic due to the recent Cambridge Analytica scandal, it will be interesting to see how this prospect for alternative revenue streams comes to pass.

Other precedents one might look at are the usage of dockless bike-sharing programs in China, which were initiated roughly two years ago and now have 8 million to 10 million shared bikes according to the San Diego Union Tribune. While prolific in use, two large bike-sharing companies in China are currently losing money, posing interest challenges to the viability of this current mobility trend.

What’s the impact on the urban realm (i.e. do these systems have the potential to help ease congestion and enable last/first mile mobility)?While many stateside dockless programs are still in pilot or initial deployment modes, it’s easier to cite more anecdotal reactions to these programs than validated statistics regarding impacts on the urban realm. A current summary of local municipalities’ reaction to dockless vehicle programs is “mixed.”

Cities such as Coronado recently declared dockless bikes a “public nuisance” and have begun to impound bikes left in the public right-of-way, citing complaints from merchants regarding discarded bikes’ crowding sidewalks, hurting business, and endangering peoples’ safety. Cities such as Aurora, bordering Denver, have a more positive outlook and attitude regarding the potential of dockless bike programs. Aurora has chosen to adopt dockless bike-sharing with the hope of providing additional mobility options to residents, citing a desire to provide affordable mobility options that might close the “last/first-mile gap” from light rail to home and places of work or business. In the fall of 2017, Aurora had entered into agreements with dockless bike providers Ofo and LimeBike.

Demonstrating great potential to provide access to transportation while eliminating time spent accessing a docking station associated with traditional bike-share programs, dockless bike and scooter programs currently demonstrate both positive and negative potential. While dockless programs promise to create more accessible, seamless access to transportation, how (and where) the vehicles are parked or utilized safely and efficiently in the public realm will require time, education, testing, and, like most technological disruptors, a looming promise of regulation.