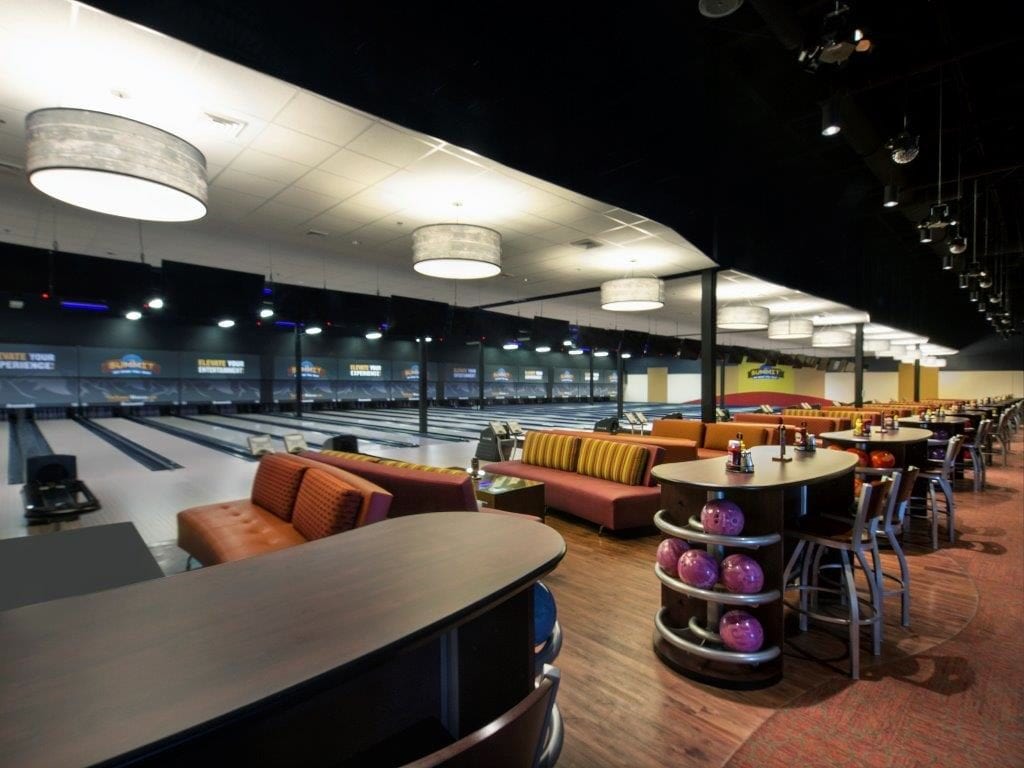 The new entertainment center in Thornton, much like its sister center in Windsor, will sport a bowling alley.

An entertainment complex that will include a bowling alley, a two-level laser tag arena, dozens of video games and restaurants on a key parcel in Thornton.

The Centennial-based Summit Entertainment Group recently bought the 5.34-acre site next to the Cabela’s site on the southwest corner of East 144th Avenue and Washington Street, where it plans to build the 49,980-square-foot Summit Thornton.

Records show that Summit paid about $1.6 million, or $6.98 per sf, to Evergreen Development for the Thornton parcel.

It will be the third Summit entertainment complex in Colorado. The other two are the Summit Windsor in Windsor and the Summer Interquest in Colorado Springs.

The Thornton site fits in well with its other two properties, said Dennis Schavietello, president and CEO of Summit Cos. and Performance Entertainment.

“The property is on the I-25 corridor and it is about 35 miles south of our property in Windsor and about 60 miles north of Colorado Springs,” he said.

“We really like the area because of all of the growth,” Schavietello said. “And being next to Cabela’s doesn’t hurt.”

He said the operations “typically draw from a 20-minute drive radius, so our Thornton store will draw all the way to Longmont and well as Commerce City and other communities along the E-470 community,” he said.

Summit Thornton will be basically a carbon copy of its successful Windsor store, he said.

Like the Windsor operation, Summit Thornton will be designed by Fort Collins-based Vaught Frye Larson Architects.

Summit Thornton will include 32 lanes of bowling alleys, eight of them private and 24 of them public.

“We can accommodate parties from 20 to 200,” Schavietello said.

“Bowling is a great sport. Everyone from little kids to seniors love it,” he said.

The arcade will have about 65 video games and the center is filled with TV screens, typically tuned to a sporting

“These are family centers,” he said. “We’ve hosted birthdays for little kids and even had a birthday for a 90-year-old in Windsor. I think we had 400 different events in Windsor last year.”

The laser tag arena will have about 5,000 square feet of space.

“I believe we are the only ones with 2-level laser tags in Colorado,” Schavietello said. “It just makes the game more fun.”

They are just starting to track the number of people who visit their centers.

“I’m guessing (on a recent Sunday in January), we had 6,000 people go through our doors in Windsor and maybe 5,000 in Colorado Springs,” he said.

Given the demographics of the Thornton area, he said he would expect that business would be a bit brisker there than in Windsor.

They are looking for other sites in the Denver area.

They are interested in expanding in the west or southwest part of the metro area and are looking at a site in the Castle Rock area.

“We are investigating whether we can do a smaller model that would only require about 3.5 acres,” Schavietello said.

Summit Thornton is adjacent to the Grove shopping center that is anchored by Cabela’s.

In December 2014, Evergreen sold a 24-acre site next to the Summit Thornton property where Lennar Corp. is completing the 465-unit apartment community called the Parkhouse.

Evergreen continues to market the remaining land it owns adjacent to The Grove, including two acres at the southeast corner of 144th and Grant Street adjacent to Summit Thornton and 12 acres south on Grant opposite Lennar’s Parkhouse community.