Flexible workspaces are no longer a future concept 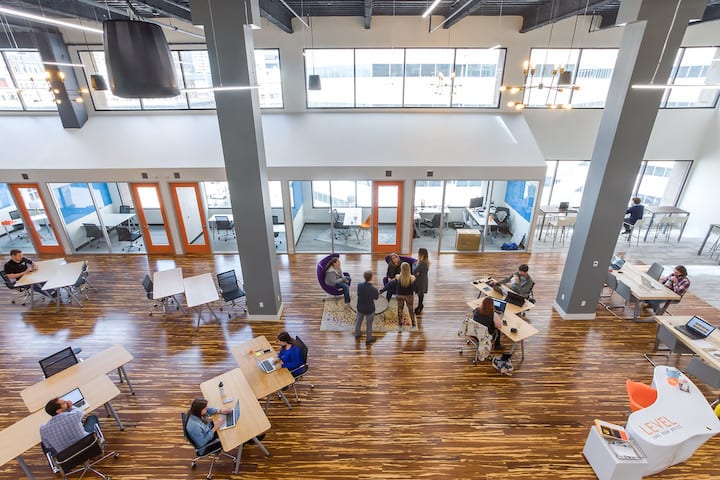 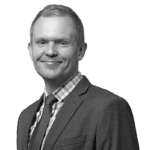 There’s no question that coworking and other flexible office solutions are fundamentally changing global commercial real estate markets. The phenomenon’s footprint has exploded fivefold since its earliest days around 2010. Illustrative of the degree to which it is thriving, it accounted for nearly two-thirds of all U.S. office absorption last year alone. The industry touts its appealing selling points well, asking office occupiers, “What’s not to like about our offerings?” Users do, in fact, continue to demand easily digestible, flexible and cost-effective office options. 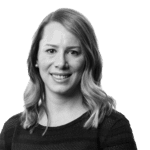 Additionally, they do prefer the often offered access to shared amenities (think: conferencing, coffee and food, shared workspaces, yoga, and nap and wellness rooms, among other features). Another perk? Tenants don’t only seek out simpler, more flexible officing options; rather, many established occupiers utilize proximate coworking space for growth before determining long-term occupancy. Operators like WeWork, Spaces, Industrious Office, Serendipity Labs and a plethora of others are all rapidly expanding throughout many domestic markets. Still, as with any industry growing exponentially, doubts have emerged, and many people are questioning if this sector will prove sustainable and whether markets are becoming saturated.

Though the industry’s ramp-up has seemed extraordinary, flexible space (which we define to include coworking, custom headquarters, incubators and other short-term lease models) comprised only slightly less than 5% of all U.S. office stock at the beginning of 2019. We project ample additional room for growth in all markets across the country – flexible space could possibly account for closer to 30% of office stock 10 years from now. And while we believe markets across the nation have growth potential, certain metros possess qualities that will make them standout performers.

Cue Denver. With a population anticipated to surpass 3.3 million within the next 18 months, we’re one of the nation’s fastest-growing metropolitan areas. From 2010 to 2018, regional population increased by 15.1 percent – three times the pace of U.S. population growth. Let’s focus on the urban core. This area includes the central business district that reaches across Lower Downtown, West CBD, midtown CBD and Uptown/east side; and midtown “suburbs,” which encompasses all the areas immediately surrounding the CBD, such as Platte Valley, River North, Speer, Auraria, City Park West and Capitol Hill. This geography has recorded an even greater population gain: 40.6% during the same period. In 2017 and 2018, more than 6,200 residential units were completed, under construction or planned – a figure that translates to capacity for an influx of roughly 7,700 new downtown residents.

What other factors bode well for Denver’s coworking growth potential? One answer is new construction. Since 2010, 9.7 million square feet of office space has delivered marketwide – a third of which was delivered last year alone. Within the CBD, 3.2 million sf was delivered during the same period. Local developers have increasingly sought to transform underutilized surface parking lots and neglected industrial properties, converting them to highest and best use of office and/or mixed-use properties. Denver’s office market was, thankfully, not overbuilt just prior to the last downturn. Our strong economy has served as a magnet for new residents and businesses. So, when all this new construction was delivered, it didn’t flood the market with excess space; rather, it gave tenants additional options with top-of-the-line amenities in a tightening market.

Coworking and flexible-space businesses occupy approximately 2 percent of Denver’s entire office market. The overall footprint for these operators has surged 8.2 times since just 2015. While spread throughout the entirety of the metro, their focus remains undeniably on the urban core. Here, coworking occupies nearly 1 million sf, and it’s poised to move into an additional 400,000 sf of space during the next six to 12 months.

Over the last year, its 750,000 sf of space has won WeWork the distinction of the urban core’s largest tenant – a title previously held by Denver-headquartered DaVita. WeWork’s preference is typically for Class A and trophy product across new construction and commodity, and it often takes down several floors – if not an entire building – in single lease transactions. Recent examples include a lease for 86,000 sf at Junction 23 in Platte Valley, another for 31,000 sf at Canyon 28 in Boulder and a deal for 18,000 sf at Financial House in Cherry Creek.

Make no mistake though: WeWork is undeniably today’s golden child among flexible-office operators, but it’s far from the only shop in town. While the majority of coworking and flexible space operators lease space, some choose to purchase buildings. Novel Coworking purchased its second Mile High location at 1801 Broadway in April – acquiring the 198,000-sf building in Uptown/East Side. It already owned the 125,000-sf 1630 Welton St. We expect additional coworking leases and purchases to close, both big and small, in the near term as tenant demand creates additional need.

Looking ahead, coworking and flexible space operators must be aware of large block corporate leasing, which is expected to become more prevalent as companies move or expand to new markets and/or as companies seek flexibility in their leases. Rising costs in most major markets, along with increased competition could put a strain on the industry’s profitability. Coworking operators will continue expanding into the suburbs to cover tenant demand outside the urban core. Future market softening could filter out weaker coworking players, while merger and acquisition activity will help provide scale and enhance the global reach of operators.