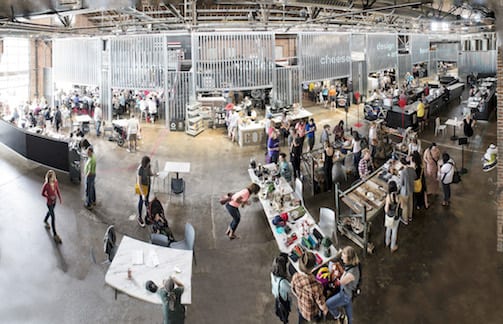 The Source is one of six food hall/market concepts in the metro area. Another two under construction. At the end of 2017, there were 130 nationally. Courtesy David Hiser Photography 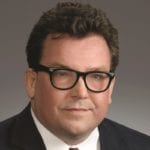 In Denver, it seems, the food hall is king. The metro area is currently home to six food hall concepts: Avanti F&B, Denver Central Market, The Source, Zeppelin Station Market Hall and Union Station in the city of Denver, and Stanley Marketplace in the suburb of Aurora. Another two – Broadway Market and Milk Market at Dairy Block – are under construction within city limits.

The operators and developers behind these projects are responding to burgeoning demand from millennial consumers in the marketplace – many of them lured by the city’s cool factor and excellent quality of life – who crave an authentic, communal dining experience. And, they’re on the front lines of one of the hottest retail and culinary trends to sweep the nation in recent memory.

As recently as a decade ago, food related retail concepts were more about convenience than quality. But over the past few years, food-related retail has generated more aggressive expansion than any other retail category. Fast-casual concepts like fast-fire pizza purveyors and better burger chains now present serious competition to traditional restaurants. While chef-driven concepts have exploded in growth. Fueled by the rise of a foodie movement led by celebrity chefs and ushered in by millennials, food-centric social media platforms and culinary focused cable channels, food halls began enjoying unprecedented cache among consumers. They’re now the hottest ticket in (any) town.

Our research team first began tracking food halls in 2015, when there were just 70 such projects across the U.S. By the end of 2016, that number had grown to 100, and it increased again to 130 at the end of last year. We’re aware of 45 additional food halls under construction, with another 15 in the planning phase, and we anticipate an additional 30 mall-based projects will break ground (mostly in Class A malls) during the next two years. By 2020, we predict the number of food halls in the United States will have tripled in size during the span of just five years.

As retail continues to evolve, food halls present an intriguing opportunity for investors, landlords and developers alike. In a marketplace obsessed with convenience, value and experience, they offer all three – and, for that reason, they are largely e-commerce-proof. While their critics urge caution, citing the failure rate for standalone restaurants and the typical challenges of a beleaguered restaurant industry (think competition, labor costs and rents), we believe those reasons are exactly why the concept is flourishing. Food halls provide a cheaper overall operating model, require significantly less startup capital, and perform well both in urban and suburban locales as the ultimate amenity for mixed-use, office and multifamily projects. And, they don’t have to be gigantic, cavernous projects to succeed: Two years ago, we began noticing more “mini” food halls (those with footprints less than 10,000 square feet) cropping up in mixed-use developments coast to coast. In Denver, the 8,600-sf Avanti F&B, which opened in 2015, led this trend with great success.

Make no mistake – this isn’t the food court of yesteryear. The modern food hall is about celebrating food and sharing an experience, not providing an amenity to shoppers pausing for a quick bite. The most successful projects utilize interactive common area space as a focal point for community involvement – whether for farmer’s markets, tasting events or entertainment – and offer a variety of high-quality, fresh and affordable cuisine. Quality and authenticity are the watchwords here, and that’s why large fast-food concepts simply don’t work in this setting. It’s also why it is critical for developers to understand the importance of choosing a manager or operator who’s intimately connected with the local food scene.

As we look toward the future, there’s plenty of runway for expansion, particularly in as-yet-untapped suburban markets. Projects with staying power will embrace quality, authenticity and community. To borrow a baseball analogy, we’re in the early innings (especially here in Colorado) – and we can’t wait to see what new concepts the future holds.