Before launching RES, Mary Hashem and Stuart Miner cleaned up the Dahila Square site in Denver.

Patricia Gage had her hand in more than $1.75 billion in deals during her commercial real estate career in Denver.

During her career, spanning more than three decades, Gage worked as a developer, lender and contractor.

During her career, Gage  worked on major new urbanist redevelopments, public-private partnerships and senior debt on all property types.

Gage is putting her wide-ranging experience and knowledge to work at her most recent stop as a principal of Denver-based RE | Solutions.

RE | Solutions, or RES, is a brownfield redevelopment firm founded by the wife-and-husband team of Mary Hashem and Stuart Miner. A brownfield site is so polluted it needs to be cleaned before the land can be developed. 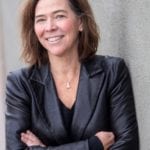 In Denver, before founding RES, Hashem and Miner cleaned up high-profile polluted sites including the St. Anthony Central hospital campus across from Sloan’s Lake and the abandoned Asarco Plant site in Globeville. Once the brownfield sites were clean, they were sold to other developers.

One of its smaller projects, Dahlia Square in northeast Park Hill, was daunting. When I was the real estate editor of the Rocky Mountain News, then-Mayor Wellington Webb told me it was the toughest development deal he had tackled. Keep in mind, the Denver International Airport opened under Webb’s watch.

RES has cleanup and development projects from California to New Jersey. It has tackled some redevelopments as large as 600 acres.

At RES, Gage is responsible for the firm’s vertical development efforts, capital procurement and financial operations.

Rebchook: Patty, when you announced you were joining RES, you said you had joined your “dear friends Mary Hashem and Stuart Miner.” How long have you known Mary and Stuart? How did you meet and keep in contact with them all of these years?

Gage: Stuart and I have been on the same ULI council for a long time, but my husband, Rob, and I didn’t really get to know the two of them until we were all on a Jones Pass cat-skiing adventure six or seven years ago.  We all love the outdoors, particularly Grand County.  I’ve tried to keep up with Stuart and Rob in the backcountry (unsuccessfully) more times than I can count.  I have better luck matching strides with Mary on horseback or on the dance floor.

Rebchook: Did Mary and Stuart approach you about joining RES or did you approach them? When did the courtship begin?

Gage: Like any good friends, over the years we’ve traded advice and spooky real estate stories, usually over dinner and wine.  On one of those nights in early 2018, I told Mary and Stuart about my desire to move on from Colorado Business Bank, where I managed the commercial real estate and public finance lending groups. That prompted us to a discussion of what my future might be, and we eventually realized what fun it would be to work together. It still sounded like a good idea a few days later, and we began talking in earnest about my joining RES. 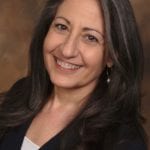 Rebchook: I assume one of the attractions of RES is its mission of “ecologically remediations and redevelopments of environmentally challenged real estate,” which also are economically viable.  In other words, RES expects to do well by doing good. How important to you is it to play a key role in a company that is cleaning up the environment, paving the way for a more sustainable and profitable use?

Gage: I found that concept of doing good while developing real estate to be very compelling. To break it down a bit, I love complicated transactions. Most sites that need to be remediated have several complicating factors.  First, they’re typically infill and urban, meaning logistics and construction can be difficult. The process of characterizing the site and coming up with the remediation plan can be more time-consuming than one might think. Then there is a whole regulatory aspect and the need to mitigate the liability that comes with owning a brownfields site.

Lastly, it’s a financial puzzle – the arbitrage comes from buying the site right and cleaning it up in an efficient and cost-effective manner.  And all that has to happen before you can even start on the actual real estate development!

Rebchook: Patty, give us some color on a specific deal you are involved with at RES, if you would.

Gage: While we sometimes develop for our own account, we also provide environmental management services for others.  Our clients are typically governmental agencies and developers.  I like the fact that almost every brownfields deal has a public-private piece to it.

One of our current clients is Carson Reclamation Authority a Joint Powers Authority formed by the city of Carson, California, where we are managing the closure and redevelopment of a 157-acre landfill full of municipal waste and various types of toxic goop. The landfill hasn’t been used since the mid ‘60s, and was actually open for less than 10 years. Now, 50-some years later, a 40-50-foot layer of decomposing trash and toxic waste still remains.

Gage: Our client will spend over $30 million just to mitigate the landfill plus another $65 million to provide a buildable pad on the first 40 acres of the site.  I’ve quickly realized how most of us have no concept of what happens to the plastic fork we just threw away and how long it lasts in the environment – and how much it actually costs in the long run. 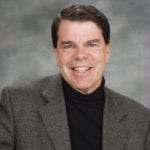 Rebchook: Patty, when I first interviewed you at the Rocky Mountain News almost 20 years ago, you said you were happy at what was then called Bank One, but at some point you would want to do something more entrepreneurial. Soon after, you joined Continuum Partners. Do you see RES as another step in your entrepreneurial journey?

Gage: Absolutely. As a principal of RES, I join Mary and Stuart in being solely responsible for our own success.  It’s been fun to come up with our business strategy and to figure out how to best utilize our individual skills – and how to fill in what’s missing with a great staff.

Rebchook: When you moderated the Emerging Trends presentation for ULI Colorado in 2017, you asked panel members what they wanted to be when they grew up. Answers included being a jet pilot and a major league baseball player. No one planned commercial real estate as a career. What did you want to be when growing up?  Did you ever dream you would find such success in real estate, especially in that it was such an “old-boys” network when you entered the field more than three decades ago?

Gage:I remember that Emerging Trends (conference).  When I was little, I wanted to be a Western South Dakota rancher, with lots of cattle and horses and wide-open spaces.

My career began with doing construction management in the 1980s. At that point, I was almost always the only female in the room or on the project.  Growing up with three older brothers may have helped me navigate that part of my life. When I switched to banking, there were other women in the finance world, which was a welcome change.

I never really thought of how successful I might be (or not) in the future.  When I was a young adult, I was simply concerned with being able to raise and educate my daughter. Luck prevailed, and I was able to find jobs with lots of smart and interesting people that pushed me to learn more and do my best.  I was fortunate to build relationships with wonderful men and women alike.  However, I still wince a little when I see real estate companies managed solely by white men. Another thing that drew me to RES is that it’s over 50% woman-owned.

Rebchook: On a related note, what advice would you offer to young women who are interested in a career in commercial real estate?

Gage: Opportunities opened up for me after I got my MBA in Real Estate and Finance.  I encourage young women to become educated and take every opportunity to meet new people or take part in a real estate-related experience.  Real estate is a local business, and relationships are very important … try not to burn any bridges.  Learn to build those relationships while asking a lot of questions and sharing your ideas.  The opportunity for a wonderful career with great friends and colleagues is out there. 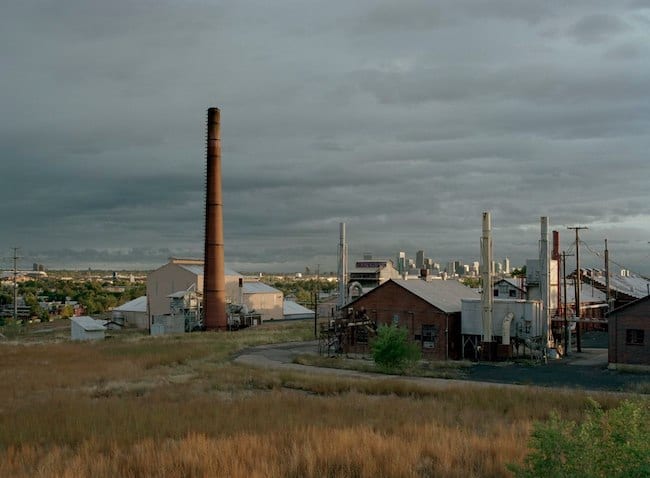 Before launching RES, Mary Hashem and Stuart Miner headed a company that cleaned up the Asarco plant in Globeville, paving the way to sell the site to Trammell Crow.