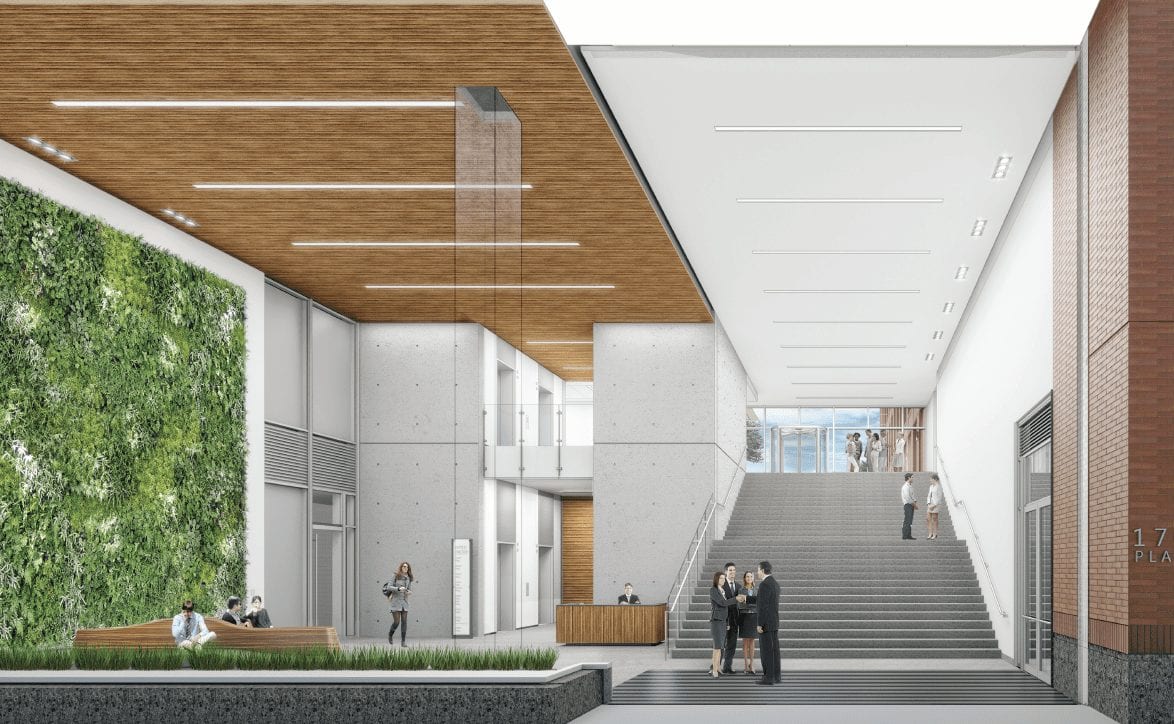 A living green wall planned for the lobby of Trammell Crow Co.’s development Riverview at 1700 Platte Street will be approximately 420 square feet, the largest such installation in Colorado. Rendering by Tryba Architects for Trammell Crow Co. 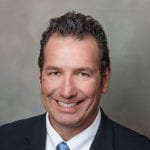 Whether it’s new energy benchmarking standards or a push for green rooftops, there’s a new sustainability-focused headline in Denver every week. In reality, the trend toward improving building operating performance and enhancing building quality is alive and well on a national scale.

Earlier this summer, our research team released its annual Green Building Adoption Index, a study conducted in partnership with Maastricht University. For the fourth year in a row, Denver ranked among the top 10 U.S. cities for the percent of its office space qualified as green. In the study, green office buildings are defined as those that hold either an Environmental Protection Agency Energy Star label, U.S. Green Building Council LEED certification or both.

Ranking No. 7 nationally, Denver’s green building figures were up slightly year over year. According to the 2017 report, 13.3 percent of Denver office buildings are certified green, compared to 11.8 percent last year. While that seems a little low to rank among the top 10, Denver’s green buildings have large footprints. In terms of square footage, 41.9 percent of Denver’s office square footage is certified green.

So, who is leading the pack? Chicago claimed the top spot on CBRE’s National Green Building Adoption Index this year, with 18.1 percent of its office buildings (and 66 percent of its total office footprint) certified green. San Francisco, Atlanta, Houston and Minneapolis rounded out the top five.

At a national level, the study found that institutional owners of office buildings continued to pursue green building certifications in the 30 largest U.S. metro areas. Overall 10.3 percent of all buildings surveyed were found to be Energy Star labeled, while 4.7 percent were LEED certified. From a square footage standpoint, 38 percent of commercial office space in the U.S. is green certified. These are both slightly ahead of last year’s totals.

The research also identified an interesting trend in terms of the impact of municipal energy-disclosure regulations on green building adoption.

As most people working in commercial real estate are aware, in late 2016 Denver passed an energy benchmarking ordinance that applies to multifamily and commercial buildings 25,000 sf or greater. The ordinance requires commercial building owners to find out the Energy Star score of their properties and provide that information to the city. The ordinance is being rolled out in stages. In 2017, only buildings 50,000 sf or larger must participate. Beginning next year, buildings 25,000 sf and larger also are included. When fully rolled out, the policy is expected to cover around 360 million sf of space annually. 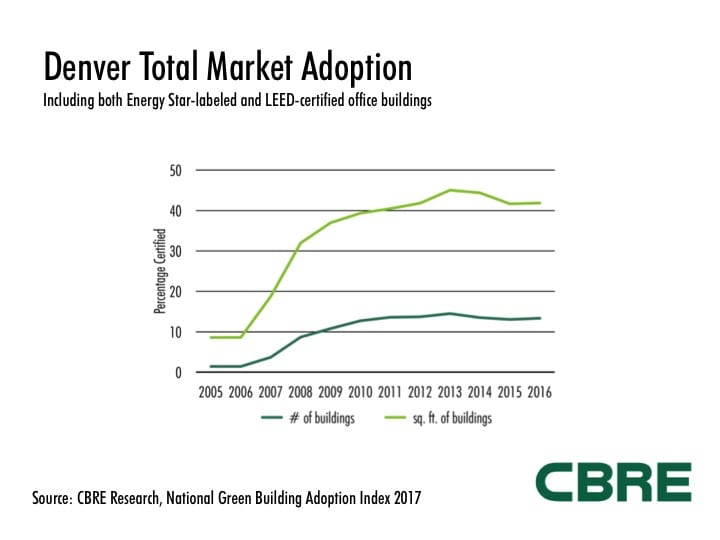 Our research team found a connection between other cities that have enacted similar reporting policies and an uptick in green building adoption rates. Nine of the top 10 cities on the index have implemented benchmarking ordinances, and several of those cities have seen measurable gains in green building certifications. Overall, cities with benchmarking policies have 9 percent more Energy Star and LEED certified office buildings and 21 percent higher green-certified office square footage. While the research notes that it is too early to call it a definitive correlation, they do plan to study the link further in the future.

Holding a green building certification is not only environmentally responsible, but also it can be leveraged to attract buyers and tenants. Denver LEED certified buildings were very active in 2016 with 333 transactions totaling more than 3.5 million sf. In terms of property sales, 13 LEED certified office buildings traded last year, averaging a 20 percent premium in price per sf. Of the top 25 leases signed in 2016, five occurred in LEED certified buildings and seven occurred in Energy Star buildings. The largest lease signed last year in metro Denver – a 357,000-sf renewal by a premier financial services firm downtown – occurred in an Energy Star building.

Locating your organization in a green-certified building also is something companies can leverage with employees. According to a Nielsen 2014 Corporate Sustainability report, 67 percent of respondents indicated that they would prefer to work for a socially responsible company. Further, that preference was strongest among the millennial population surveyed. If a company chooses to invest in a green-certified space, it can promote that aspect in its recruitment efforts to potentially gain an advantage over its competitors.

In addition to Denver’s benchmarking ordinance, in November Denver voters will decide on a new policy called “The Denver Green Roof Initiative,” which would require most new buildings greater than 25,000 sf to cover at least 20 percent of the roof’s surface (depending on total building size) with gardens, solar panels or other green components. In addition to new buildings, properties facing roof replacements also could be subject to the policy.

It’s too early to say whether the Green Roof Initiative will pass, but putting the initiative up for a vote is indicative of our city’s growing interest in commercial real estate sustainability. At this point, it’s critical that property owners and property managers include environmental responsibility in their ongoing dialogue – both in terms of how to plan around new policy as well as how to leverage a building’s green features with tenants.