Has ‘mall’ become a dirty word? 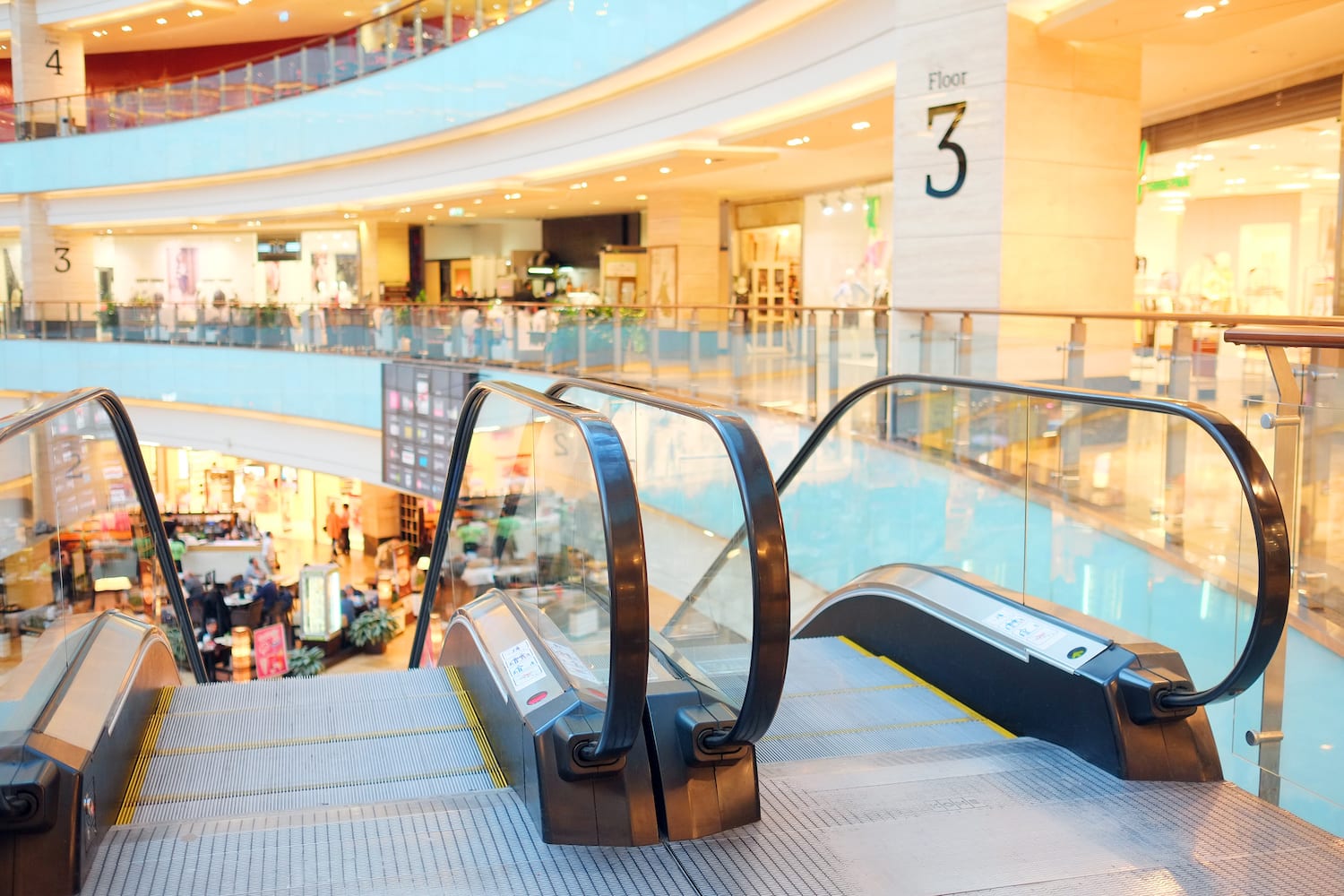 While redevelopments, rebranding and closures have ushered in a shift away from the term “mall,” enclosed shopping centers that create experiences and a sense of community are thriving – regardless of if they use the word “mall” in their formal names.

As retail properties work to stay competitive and reinvent themselves to reflect changing consumer habits, has “mall” become a dirty word?

Regional malls are “general merchandise or fashion-oriented offerings; typically, enclosed with inward-facing stores connected by a common walkway; parking surrounds the outside perimeter,” according to the International Council of Shopping Centers’ shopping center classifications fact sheet. Super regional malls are similar in concept, but offer more variety and assortment. The two terms represent shopping centers that typically are 400,000 square feet or larger, with two-plus anchors and 40 or more stores. The trade area size typically is anywhere from 5 to 25 miles.

With more than half of these properties not using the word mall in their titles, does the word have a stigma? The short answer: No, according to those interviewed for this article.

For many, the word mall is familiar and appropriate.

“The word mall tells our shoppers we are the hub for retail shopping in our area,” said Stephany Garza, marketing manager with Pueblo Mall. “Pueblo Mall is the only enclosed shopping center in Pueblo; we have 575,000 square feet of retail space with a dynamic mix of 80 specialty retailers.”

Pueblo Mall has had its name since the property was built in 1976 as a shopping destination for the city’s residents and surrounding areas and there has never been any discussion to change it, she said.

Many centers that have changed their names have done so as part of a rebranding effort or redevelopment project. For example, when Alberta Development Partners acquired Foothills, a Fort Collins property, the enclosed mall was known as the Foothills Fashion Mall, while the previous owner had delineated and separately branded two areas outside the enclosed mall as The Shoppes at Foothills Mall and The Plaza at Foothills Mall.

As consumer habits change, there is an impression that malls should be evolving too. With this connotation, there’s the idea that “if they’re standing still, then they’re becoming obsolete,” said Jason Schmidt, executive vice president with JLL Capital Markets.

A reflection on Colorado’s malls seems to support this. If we go back to the 1990s, the diversity of traditional malls in Colorado certainly has changed. We’ve seen the closure of many traditional malls, including CrossRoads Mall in Boulder, Centennial Mall in Craig, Cinderella City Mall in Englewood, Tamarac Square and Tiffany Plaza in Denver, North Valley Mall in Thornton, Southglenn Mall in Centennial, Southlands Mall in Aurora, Twin Peaks Mall in Longmont, Villa Italia Mall in Lakewood and Westminster Mall.

However, many of these centers have been redeveloped into new shopping centers – now called town centers, lifestyle centers, mixed-use projects or entertainment districts – because retail real estate still represents some of the best locations in most markets.

“A well-located mall will evolve into more of an entertainment-type location, where others might evolve into medical or event space or something else,” Schmidt said. “I don’t think we’re experiencing it as much in Colorado – but people are trying to show that they’re evolving their space and their experience. A natural way would be to move away from the word ‘mall.’ ” 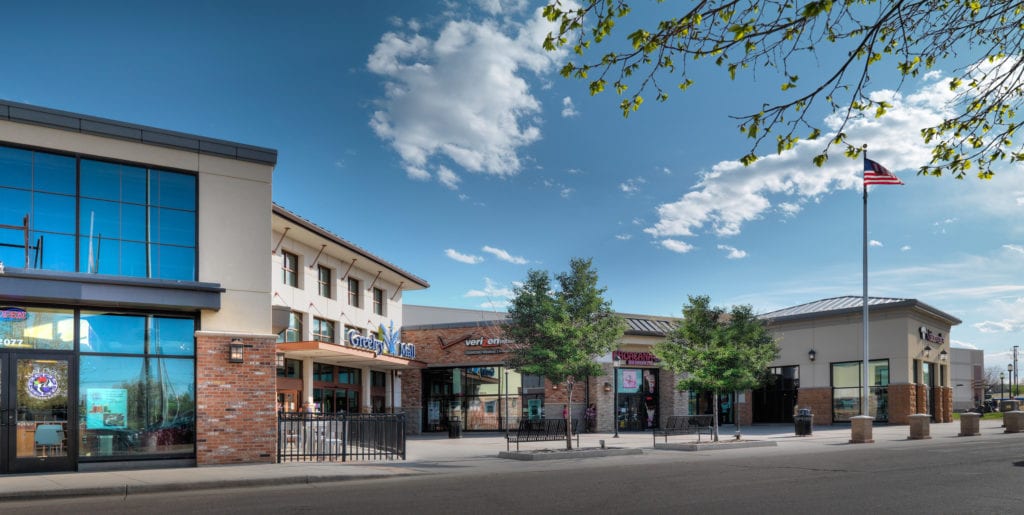 Greeley Mall defines itself as a community destination, rather than simply a place for shopping.

However a space is branded, including the word in the name doesn’t seem to hurt an asset, Schmidt said. What matters to investors is tenant credit, performance, longevity of tenants, etc. What matters to a tenant is co-tenancy, demographics, visibility and those real estate 101-type factors. “I don’t think the word ‘mall,’ especially from my experience, is going to negatively affect either a tenant’s desirability of a space or the sale of the asset,” he said.

McFarland, with Foothills, agrees. “The change in name at that time had nothing to do with any negative connotation with ‘mall,’ ” he said. There was no impact to tenants or investors due to the name change.

The International Council of Shopping Centers said it doesn’t have data to address a shift away from using the word “mall”; however, it sees the current evolution of retail as a positive. “Brick-and-mortar stores aren’t going anywhere, and we’re excited about the evolution of the industry,” said Stephanie Cegielski, vice president of public relations, ICSC. “The net number of malls for the past five years is a net positive, meaning that more malls have opened than have closed. Also, occupancy rates overall remain high at about 93 percent, which means that malls are in a healthy state. The mix of tenants at a shopping center might look different than 20 years ago, but that doesn’t mean that a center isn’t thriving. Consumers are demanding more experience and centers are responding with more food and beverage and entertainment options. Retailers are also integrating technology into their store to appeal to shoppers who want a more digital experience.”

“All of these activities are geared toward building relationships and creating social experiences that bring people together,” said French.

It’s interesting to note that some of the metro’s busiest enclosed shopping centers never used the term mall. For example, Cherry Creek Shopping Center has never had the word mall in its formal title and neither has Park Meadows, which was originally called Park Meadows Town Center “Colorado’s Only Retail Resort.”

“Park Meadows was developed and built to be a retail resort and experiential from the day it opened,” said Pamela Schenck Kelly, senior general manager with Park Meadows. Twenty-two years later, the center has never had a full renovation.

Regardless of what word is used in a formal name, retailers that are embracing consumer changes are thriving. Denver is operating at a fraction of the new construction in the past 35 years and the fundamentals are as strong as they’ve ever been, including lease and vacancy rates, Schmidt said.

“People don’t go to the mall anymore to browse and look at what’s new in that mall,” he said. “They go for the sense of place and sense of community and entertainment – and there’s still reason to go to those location, but those locations are going to have to change the use and tenancy in order to continue to draw people in.”