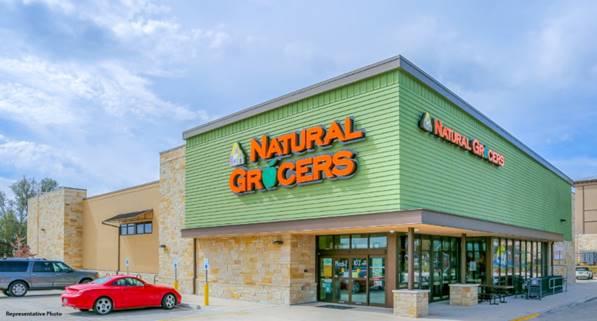 The sale set the nationwide pricing record for a fee-simple Natural Grocers store.

While NG Tower LLC has a portfolio of other local net-leased properties in the area, this was the buyer’s first grocery store purchase. However, Gross said the location had a greater influence on the buyer’s decision to purchase than the store type.

“The property is in a heavily trafficked area with lots of new residential growth,” Gross said. “The buyer was interested in it even before he knew the tenant.”

“We worked with the developer well before any of the vertical construction on the master development began. My client had interest in controlling the hard corner on the development to add to his long-term portfolio,” Gross said.

While there are other grocery stores nearby, Gross said this store will fare well and fill a void in the market, being the first and only health foods store of its kind in the area.

Gross anticipates that COVID-19 will not disrupt the success of the store either.

“Grocers have stepped forward to fill the gap created by closed restaurants. From early 2015 until March of this year, food and drinking places continued to surpass grocery stores in sales. This trend shifted last month when the grocery stores reported a 26.9 percent jump in sales, while food services and drinking places reported a decline of 26.5 percent,” Gross said.

Area residents can expect to see the new Natural Grocers open within weeks.