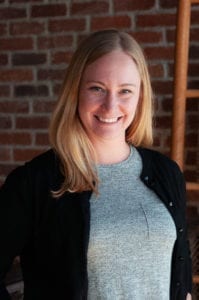 Before joining the company, Mason served as mountain region director for U.S. Green Building Council, where she managed a team, executed large scale events, served as a subject matter expert and oversaw market development activities across the eight-state region. Prior to this role, Mason served as executive director of the U.S. Green Building Council Colorado Chapter, where she worked with the board of directors to strengthen and expand the organization.

Mason was initially hired as the director of advocacy and helped mobilize USGBC member companies and volunteers to advance USGBC’s legislative priorities at the federal, state and local level. Mason also led a successful statewide effort to add searchable green fields into the residential MLS (Multiple Listing Service). Advancing USGBC’s green schools’ vision and participating in Colorado’s intricate water-related legislation are two of Mason’s most memorable professional experiences from her 10-plus years at the organization.

Mason has a Sustainability Management Certificate from University of Colorado and serves on Colorado’s governor-appointed Pollution Prevention Advisory Board. Mason joined the USGBC Colorado staff in May 2008 after completing a master’s degree in Natural Resources Law and Policy from the University of Denver. Mason earned her Bachelor of Arts in technical journalism from Colorado State University.