There’s a healthy appetite for new office space in the Denver area, with most of the product currently under construction already preleased. 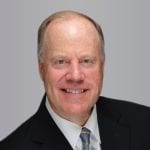 “Tenants today are seeking out new space more than they ever have,” Cushman & Wakefield Executive Vice President Doug Wulf said at a recent Office Summit & Expo in Aurora. In downtown Denver and the Union Station neighborhood, four buildings under construction will be 80 to 90 percent leased by the time they’re delivered, he said. 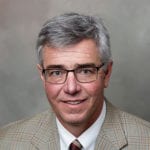 In the southeast suburban submarket, just over 1.5 million square feet of speculative and build-to-suit product is under construction, 500,000 sf of which is available, according to John Marold, CBRE senior vice president. Although absorption of office space generally has been flat in that submarket year to date, rental rates continue to climb because of the higher cost of new product, he said.

Tenants can expect to pay a 20 to 25 percent premium to locate in newly constructed office space, but as companies continue to drive down the square footage per employee, they also enjoy the benefits of better glass lines, infrastructure and the overall employee experience, noted Robert Whittelsey, Colliers International principal. 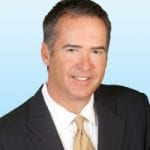 “New office buildings are leasing well, they’re leasing at historic high lease rates, and investor appetite is very strong,” added Mike Winn, vice chairman of CBRE Capital Markets. Winn said one of the reasons new office space is being so well received is that “for the first time in our history, HR is telling real estate people where to lease.”

Low unemployment in Colorado – 2.3 percent at latest count – is fueling fierce competition for workers, and companies are increasingly looking at real estate as part of their recruiting and employee retention efforts, panelists agreed.

Also, while oil and gas fueled Denver’s economy in the past and was a big consumer of office space, “We’ve converted to a tech town,” noted Wulf.

“There is a talent war,” said Austin Kane, Unico Properties LLC vice president and regional director. Owners of 1970s and 1980s office product have to invest in buildings to keep competitive with new space, he said; otherwise, “You’re just going to sit there.”

According to Michelle Liebling, senior associate and design director at Gensler, companies are reallocating space to create more “deliberatively experiential” amenities. Yoga rooms and “Zen” rooms are not uncommon, she said.

While all of Denver has benefitted from growth in the technology sector, that’s especially true in tech hubs including Boulder and U.S. Highway 36 corridor. “Companies are going where the talent is,” said JLL Vice President Joe Heath. 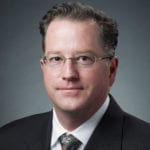 There are only a couple of new office developments in downtown Boulder, vacancy is tight and lease rates are as high as $60 per sf gross, he said, noting companies that don’t need to be in Boulder or can’t afford to stay there continue to be attracted to the U.S. Highway 36 corridor’s lower lease rates, free parking and access to employees in both Boulder County and Denver. Spaces from 2,000 to 5,000 sf are in very short supply, however, he said.

Capital markets brokers who spoke at the Colorado Real Estate Journal/Otten Johnson Robinson Neff + Ragonetti conference said investors like Denver because of its diverse economy and are seeking a flight to safety.

“People want to make sure they’re preserving their capital going forward,” commented JLL Executive Vice President Patrick Devereaux, who added there is a lot of money chasing value-add and core investment properties but a lack of available product. 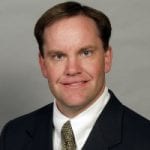 Dan Grooters, Newmark Knight Frank executive managing director, said it used to be out-of-state private investors would buy properties in Denver because people liked to come here to ski. “What we’re seeing now is Denver is holding up on its own as a place to be.”