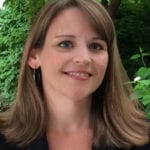 Short-term retail locations known as “pop-up shops” are emerging as a relevant and popular alternative to the traditional shopping experience. Brick-and-mortar retailers are using the pop-up concept to keep customers offline, and e-commerce companies are utilizing pop-ups as a low cost, low-risk way to connect directly with their customers, especially experience hungry millennials.

The success of pop-ups is evidenced by the fact that large national retail brands such as Nike and Kate Spade are incorporating pop-ups into their marketing platforms, online giants such as Google and Amazon are rolling out pop-ups across the United States to drive sales of their hardware and shopping center companies such as Westfield are now marketing pop-up options to potential tenants. A 2013 Bloomberg study estimated the pop-up industry to be worth $8 billion, a number that has continued to grow.

Several models of the pop-up shop exist. One type is the mobile pop-up shop, which is essentially a retail version of a food truck. Often these mobile pop-ups are small, local companies with a narrow but dedicated following. However, large national brands have utilized the mobile pop-up as a promotional tool and have gone “on tour” throughout the country. Amazon recently brought back Limited Too, a teen-focused clothing brand from the 1990s, to its online store. In August, the announcement that a Limited Too pop-up would kick off a U.S. tour in New York was met with an enthusiastic response from a nostalgic public.

Pop-ups also can be in-store features, a similar concept to an art installation; the product array at these pop-ups is often referred to as “curated.” Stores such as West Elm, Anthropologie and Nordstrom dedicate an area within the store as a standalone pop-up that is featured for a limited time. In the case of Nordstrom, the company has capitalized on the appeal of celebrities – Gwyneth Paltrow’s pop-up for her brand Goop has recently been on rotation at Nordstrom stores.

Another common pop-up model is the temporary inline retail location. Sixpenny is a current example of this in Denver’s Cherry Creek North neighborhood, where it is located in a traditional storefront but is only available for a two-month window. Based in Boulder, Sixpenny is an emerging online home furnishings retailer that has had success with inline pop-ups in Austin, Los Angeles and New York City. This is its first pop-up in Denver and the response so far has been impressive, largely due to a strategic marketing campaign to utilize social media influencers to create buzz and hype months prior to the pop-up opening.

Amazon’s current pop-up program, which has over 50 locations with three in the Denver metro area, uses the 360-degree retail space within the common area of a shopping center. The concept is very similar to the conventional mall kiosk in appearance, except that Amazon is very focused in its approach. The pop-ups are strategically located at high-end, popular shopping centers. They contain Amazon products, such as Kindle and Echo, to be held and experienced, and nothing is purchased on site because Amazon intentionally uses the pop-up to drive customers back to the website to order products for home delivery.

Pop-up retail also uses a marketplace concept. Similar to food halls, marketplaces are often specific to a city with grass-roots appeal, featuring a constant building with a rotation of local retailers. The three-week-only Friday Night Bazaar and various pop-ups at The Source, both in Denver’s RiNo district, are local examples of the marketplace pop-up concept. Storenvy, a company that services e-commerce retailers, has successfully used the marketplace approach in San Francisco to showcase its e-commerce clients who might otherwise not venture into a physical location.

Pop-ups are successful as a retail concept because they offer a flexible, low-risk way to test locations in particular markets and connect face-to-face with their customer to create brand loyalty. Small brick-and-mortar retailers are finding that landlords are more willing to provide short-term leases in spaces that would otherwise remain vacant. For some companies, the temporary nature of pop-ups is used primarily as a marketing tool to create buzz and drive sales elsewhere, such as online. This ability to create excitement is a key advantage of pop-ups over traditional retail. Glossier, a makeup company marketed toward millennials that began solely as an online retailer, has hosted a succession of pop-ups that have been so successful, their once-temporary showroom has become a permanent location where the brand can connect with the customer. In the end, some pop-ups are less about actual revenue and more about the ability to test products, increase revenue streams and get direct customer feedback – an arguably more accurate form of focus group.

Perhaps the most important factor contributing to the success of pop-ups is that they give the customer a shopping experience, instead of a simple retail transaction. It is no longer enough to provide a static shopping experience – consumers want to be engaged and excited about what they are buying and how they are buying it. The cultural appeal of a pop-up is centered around the idea of uniqueness and exclusivity. Pop-ups offer many unique opportunities, such as a chance to meet the company’s creator, a pop-up sponsored event such as a wine tasting hour or a charity that is featured as part of the pop-up. The Louis Vuitton and Supreme brand collaboration emphasizes the extreme of exclusivity. Last summer, the brands came together to create a signature line of high-end goods that were sold specifically at a series of popup shops throughout the world. The response was overwhelming, and for unannounced reasons, the pop-up openings have stopped. As a result, the “Louis x Supreme” brand of accessories can be seen online being sold for three times their original purchase price.