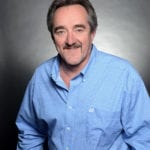 Ed Forsman, president of FCI Constructors Inc. for the last 34 years, has retired.  Forsman has been a committed steward of FCI’s core values of trust, hard work, honesty and professionalism.

With the retirement of Forsman, the FCI board of directors appointed Shane Haas president. Haas began his career with FCI in 1986 working through the ranks from superintendent, project manager, vice president of Grand Junction operations and executive vice president in 2008.