S’Park lights up with construction of office, multifamily buildings 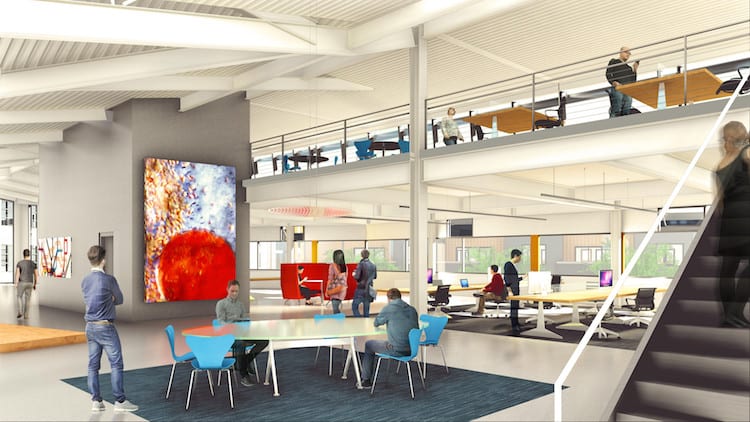 Market offers the opportunity for a 22-foot opening between the third and fourth floors of office space.

S’Park is beginning to take shape at Boulder Junction with the approximately $100 million development of two key parcels.

The development team led by Element Properties, The John Buck Co. and Kinship Capital kicked off construction of Market, a 50,000-square-foot, four-story office building where Upslope Brewing Co. will have a first-floor brewpub, and Timber, a high-end apartment community. 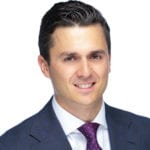 “I think people are really drawn to the Pearl Street community with its open, urban vibe. What we’re trying to create at S’Park is something similar – that urban lifestyle within Boulder that’s not dependent on car transportation, that can really utilize public transit and have people working and living in the same neighborhood,” said Justin Parr of The John Buck Co.

“From boutiques to craft breweries, there will be tons to explore across a connected, open community,” added Scott Holton, principal at Element Properties. “It’s an entirely new culture of living, eating and shopping in Boulder.”

The first phase of the 10.5-acre S’Park development at 3200 Bluff St. is S’Park West, a 45-unit townhome development that Element Properties will deliver in February.

Timber is a 150-unit community with below-grade parking and 6,000 sf of amenities – larger than typically seen in the market. It will offer a variety of floor plans, including live/work units and terraced lofts. Monthly rents will average about $2,300.

“We designed the project with a number of different unit types. We have everything from studios up to three bedrooms,” said Parr. All of the first-floor units will open to the building as well as onto the street level, giving tenants – including dog owners – direct access to the outdoors. Three-bedroom townhomes he expects will appeal to larger families.

“We’ve designed a 150-unit project that we hope will appeal to a cross-section of different demographics,” said Parr.

Amenities will include two open courtyards with barbecue grilling stations, along with an outdoor pool deck positioned over the leasing center to overlook the Flatirons. Two interior buildings will face the deck – one with a large kitchen where residents can host parties and get-togethers and another a group fitness space for yoga or cycling classes, overlooking the pool and Flatirons. There also will be a more traditional fitness center with cardio and weightlifting equipment.

The apartments are scheduled to completed in spring 2019.

Market is targeted for delivery in August 2018. It will offer three floors of office space above Upslope’s brewpub. “One of the interesting things about the Market building is that between the third and fourth floors, there is an opportunity to have an open ceiling … that goes up 22 feet and have the fourth floor look over the third floor. We’ve had a lot of positive feedback from the potential tenants that we’ve been talking with,” said Parr.

In addition to a brewpub, there is a 2,800-sf retail suite on the ground floor. Asking lease rates for that space are in the mid-$30s per sf triple net, while office space will range from the mid- to upper $30s.

S’Park’s next component will be Ciclo, a 38-unit apartment development with 10,000 sf of retail that can be expanded, with mezzanine space, to 12,000 sf. It is slated to break ground by the first quarter of next year.

W.E. O’Neil is the general contractor for all three buildings. Phoenix-based Worksbureau is the architect for Market and Timber, while Boulder’s Sopher Sparn designed Ciclo.

At build-out, the approximately $180 million S’Park will include 272 multifamily units; 100,000 sf of office, including the 60,000-sf Railyard office/retail building; 40,000 sf of retail space; and 2 acres of open space, including a park, spread through the development.