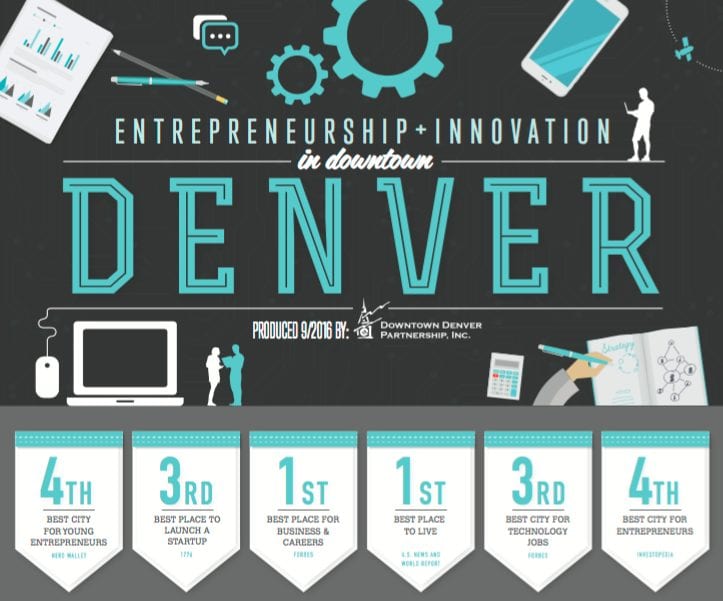 Since 2013, total employment in technology sector has increased at a faster rate than downtown employment as a whole.

Highlights from the report include:

“The increasing number of tech startups, a growing population of highly qualified employees and significant and continued investment in center city innovation creates an entrepreneurial ecosystem that plays a significant role in an economically vital downtown,” said Tami Door, president and CEO of the Downtown Denver Partnership. “Fifty-six center city startups raised more than $420 million in venture capital funding, up from 2015.”

The full report is available here.