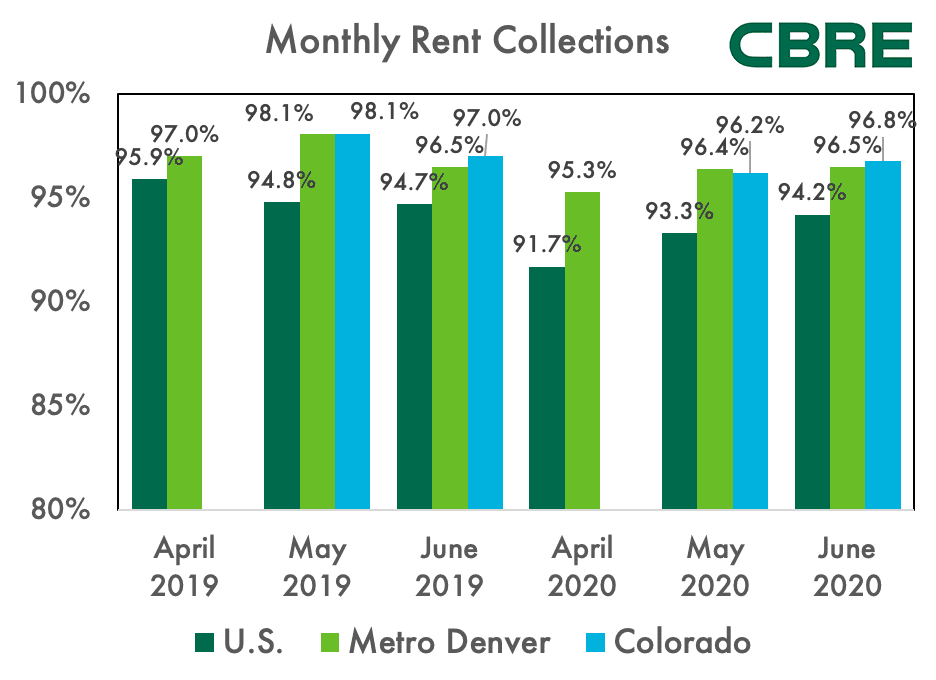 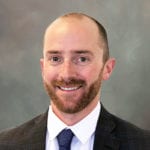 In the middle of March, the COVID-19 pandemic took over the U.S. and abruptly stopped the world’s largest economy, with no certainty of what could happen next. Mass layoffs occurred quickly in the restaurant and hospitality industries, and airlines sought bailouts as travel nearly came to a halt worldwide and borders shut down. The government worked to prop up the nation by introducing several stimulus packages, while attempting to slow the spread of the virus with shelter-in-place regulations.

As a result, Denver’s economy and multifamily sales were hit hard. In February, Denver’s unemployment rate was 2.8%, and by April it jumped to 12.3% as hundreds of thousands of people lost their jobs. Institutional multifamily assets continued to trade, but the panic in the first two weeks of the pandemic created strains on mid- and small-market deals. Lenders pulled back, retracting their term sheets, renegotiating terms or requiring higher reserves to close. As a result, buyers who were aggressive just weeks prior became concerned with how coronavirus would impact property values moving forward.

The first question investors had was: How would April collections fair with so many tenants losing their employment income? Many property management companies were proactive in the early stages of coronavirus, offering their residents concessions or payment programs to amortize their rent. Buyers waited to see how multifamily property performance would be impacted and if discounts would materialize. Halfway through April, and around the time when government stimulus checks hit bank accounts, RealPage reported 93% of renters in metro Denver paid their rent. By the end of the month, more than 95% of metro Denver rent was collected, while the national average was less than 92%.

Gaining market confidence. Many buyers tracking multifamily turned to May collections, expecting the worst as oil prices fell to negative levels for the first time in history, or expecting that renter’s stimulus money would be spent before rent came due. However, by mid-May, 93% of metro Denver rent was collected and more than 96% by month end, while the national average remained at 93%.

By the end of May, buyers started to gain confidence. The difference between buyer pricing and seller expectations decreased, and deals began to transact. In addition, investment groups from retail and office backgrounds began searching to diversify their portfolio. Multifamily was proving to be one of the safest places to invest as occupancy remained high at most properties and tenant turnover had decreased. Lenders loosened their restrictions, namely for stabilized deals with strong collections. Financing remained difficult to find for value-add opportunities, with private banks being the only source with high interest rates and lower leverage. Some buyers remained apprehensive, believing that June would be the month of collapse. However, immediately following Memorial Day, Colorado Gov. Jared Polis allowed restaurants to open, and restaurant workers were able to go back to work. Shortly thereafter, June collections in metro Denver were higher than both April and Mayat 97%. The national average also rose to 94%, meaning the trend of higher rent collections each month wasn’t just a local phenomenon. 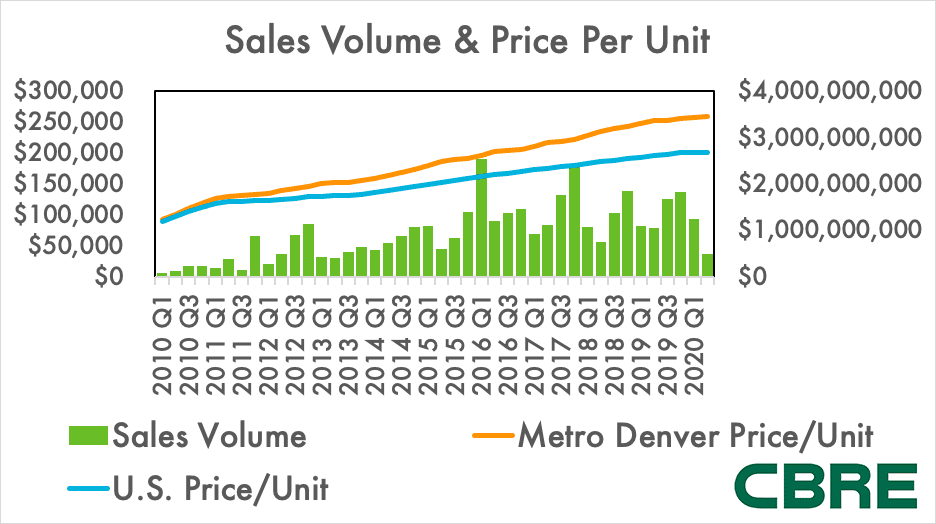 Seeing signs of recovery. Metro Denver’s June rent collections matched the year prior, showing the stability of the multifamily market, reflected in second-quarter sale prices. According to CoStar, metro Denver’s sales volume in the first quarter was $1.25 billion and dropped by 60% to $500 million by the second quarter. Despite the decline in sales, the average sale price per unit remained level with the first quarter at $258,000 per unit, indicating that buyers remained confident in the Denver’s prepandemic values.

Four months into the pandemic, there’s enough data to see which cities are poised to recover quickly and already have started recovery, with Denver near the top. U.S. News & World Report recently ranked Denver the second-best place to live in America, only behind Austin, Texas. Rankings were based on the job market, quality of life, desirability, value and net migration. Additionally, in early May, Forbes named Denver one of “The 10 US Cities Best Positioned to Recover from Coronavirus,” citing the rapidly growing population and diversified economy.

Many experts expect a mass exodus from large cities like New York City after the pandemic to less dense cities with fewer land restrictions like Denver. According to the Census Bureau, more than 300,000 out-of-state migrants have moved to Denver in the past 10 years. Those moving to Denver are highly educated with 40% attaining a bachelor’s degree or higher, adding to the 44.9% already in metro Denver, the third-highest metro area in the country.

Where we are now. Two weeks into July, 92.2% of metro Denver rents are collected, while the nation is measuring 87.6%; this is lower than the past three months. While we haven’t seen the end of the pandemic’s impact, metro Denver’s diversified economy, quality of life, out-of-state migration and multifamily fundamentals are primed to not only remain strong, but to recover more quickly than other cities and asset classes.