Upcoming Colorado evictions: The sky is not falling 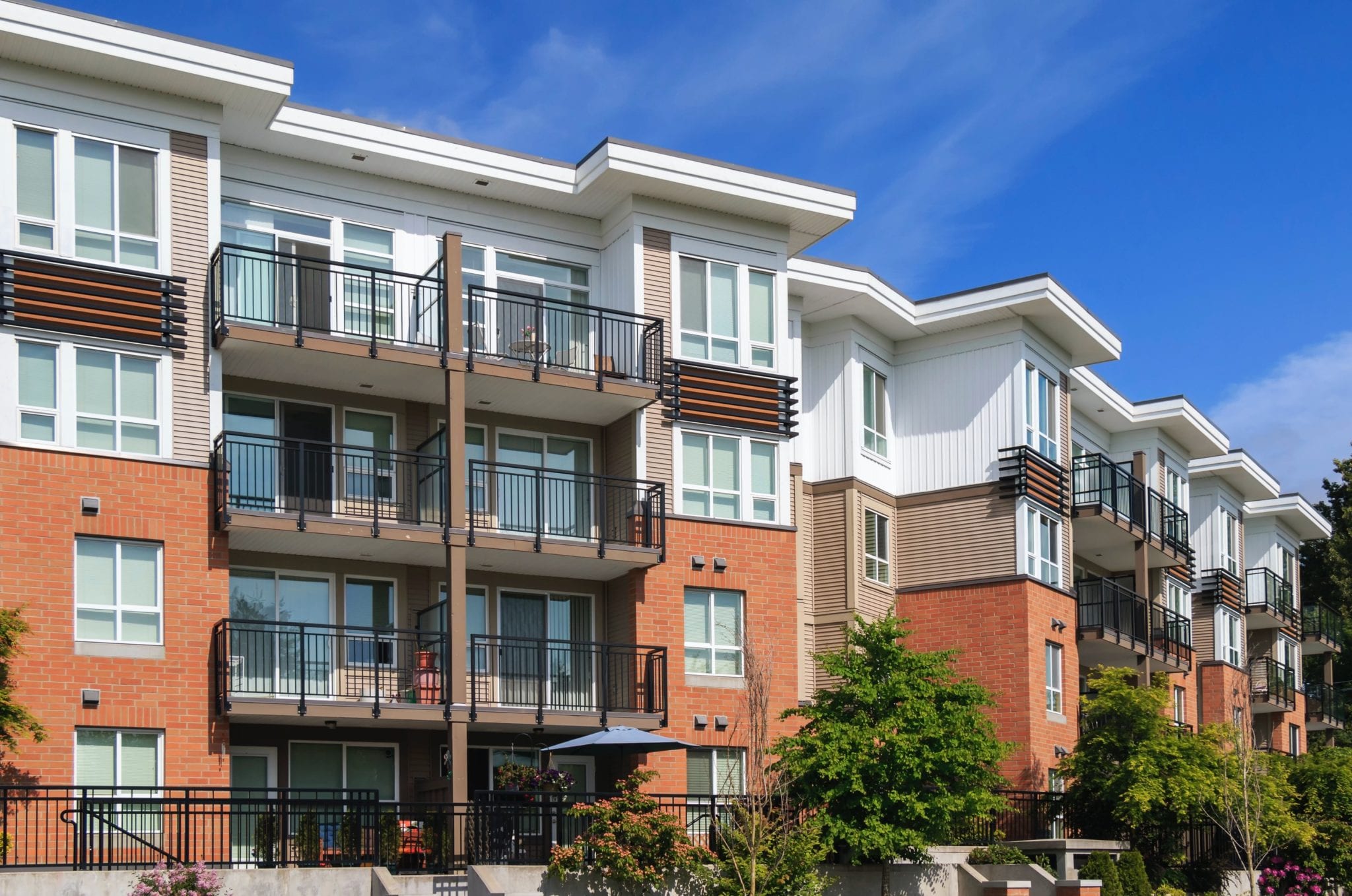 With 5.8 million people and 627,000 rental units in Colorado, the eviction number has been remarkably stable since 2001, with no correlation to unemployment or rental rates. Courtesy CAA 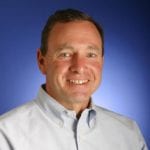 With millions of dollars in federal COVID-19 relief grant funds at stake and widespread unease about the economic impact of virus-related restrictions, political profiteers, clever enough to form a nonprofit corporation or law firm claiming to represent tenants, are pushing a false narrative that there is a so-called eviction crisis. In fact, proponents of this narrative claim that over 400,000 Coloradans are at risk of eviction this fall. While there’s no doubt people are hurting, the claim simply is untrue. 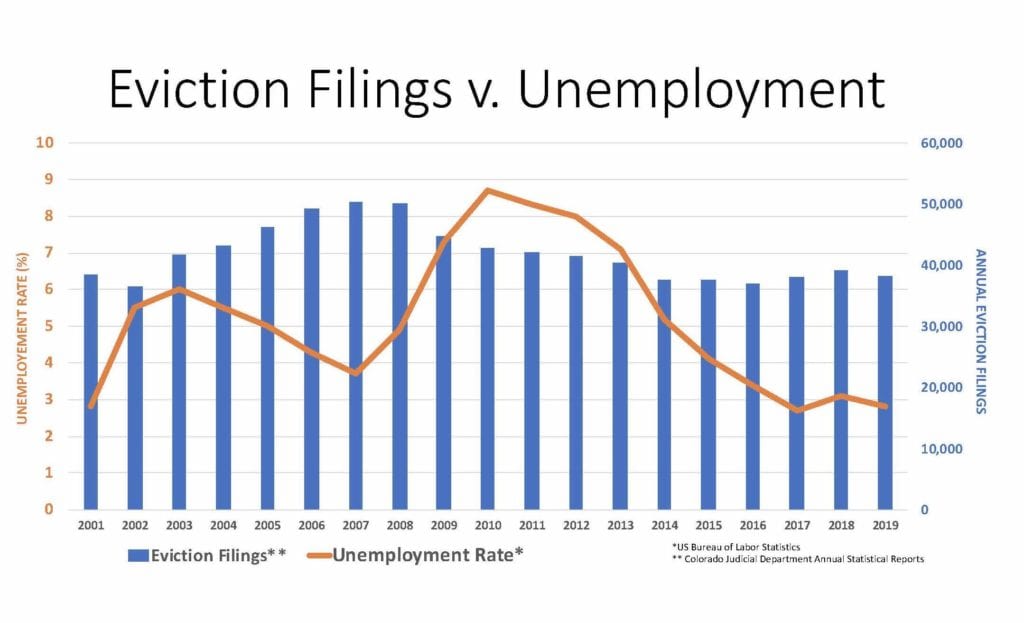 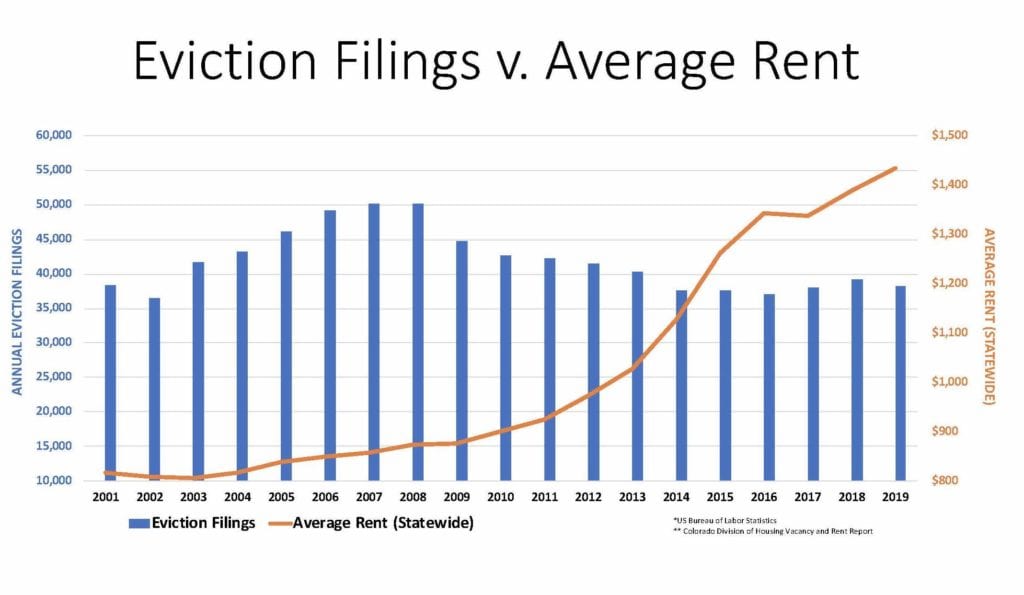 Nor do the number of eviction filings increase with an increase in rent rates. Since 2001, Colorado’s rent rates have increased 2.2% per year. This number is reasonably consistent with the overall inflation rate. When it exceeds inflation, it reflects too few housing units being built to keep up with the 1.2 million population growth. The record high for Colorado eviction filings was 50,220 in 2007 when the average rent was $856. In 2019, when the average rent was $1,434, 38,143 eviction cases were filed. In the last decade, rent rates steadily have increased, while eviction numbers have remained flat.

Any claim that because there were 40,000 evictions filed when unemployment was 2.5% or when rents were $700 per month that there will be 500,000 evictions because unemployment is at 10% and rent rates are at $1,400 is naïve and alarmist. A free market will not tolerate 500,000 Coloradans living in parks while 500,000 rental units sit empty. Everyone wins when residents can stay in their homes.

A functioning rental market requires one person to be willing to lend a housing unit to another at a reasonable price. No one will lend a housing unit without a reasonable mechanism to get the property back (considering time, cost and predictability). Colorado law does not allow self-help or force to take possession of a housing unit. Otherwise, the most savage among us would possess all the property. Rather, a property owner must file and win a lawsuit, obtain a court order and have that order supervised by a county sheriff. This legal requirement for an eviction lawsuit creates due process for the resident and ensures the resident’s legal rights are protected.

The eviction process is slow and expensive. The process of the property owner serving the necessary notices and demands, filing the lawsuit, scheduling the required hearing and trial, causing the court order to be issued, and waiting for an available date from the sheriff takes between two and three months (depending upon the county). During that time, the property owner is prohibited from accepting rent (at least unless the property owner is willing to accept the payment and dismiss the action). With average monthly rent at about $1,400 and about $1,000 in court costs, sheriff costs, attorneys’ fees and moving costs, the typical property owner will spend three months and $4,000 to $5,000 to obtain an empty and non-income-producing rental unit. Clearly, an eviction action is not in the best interest of the property owner.

Unfortunately, evictions are a necessary and normal part of the rental housing process, and those claiming that the current COVID-19 crisis will lead to hundreds of thousands of evictions in Colorado simply are uninformed and inexperienced with the rental housing industry.

Despite the hyperbole and eviction hysteria, as an industry, we shouldn’t lose sight of the fact that there are Coloradans who are struggling right now. That’s why we’ve partnered with Resident Relief Foundation to help responsible Colorado renters with grants to keep them in their homes. If you would like to join us in this effort, visit residentrelieffoundation.org/colorado.

Featured in the August 2020 issue of Multifamily Properties Quarterly.