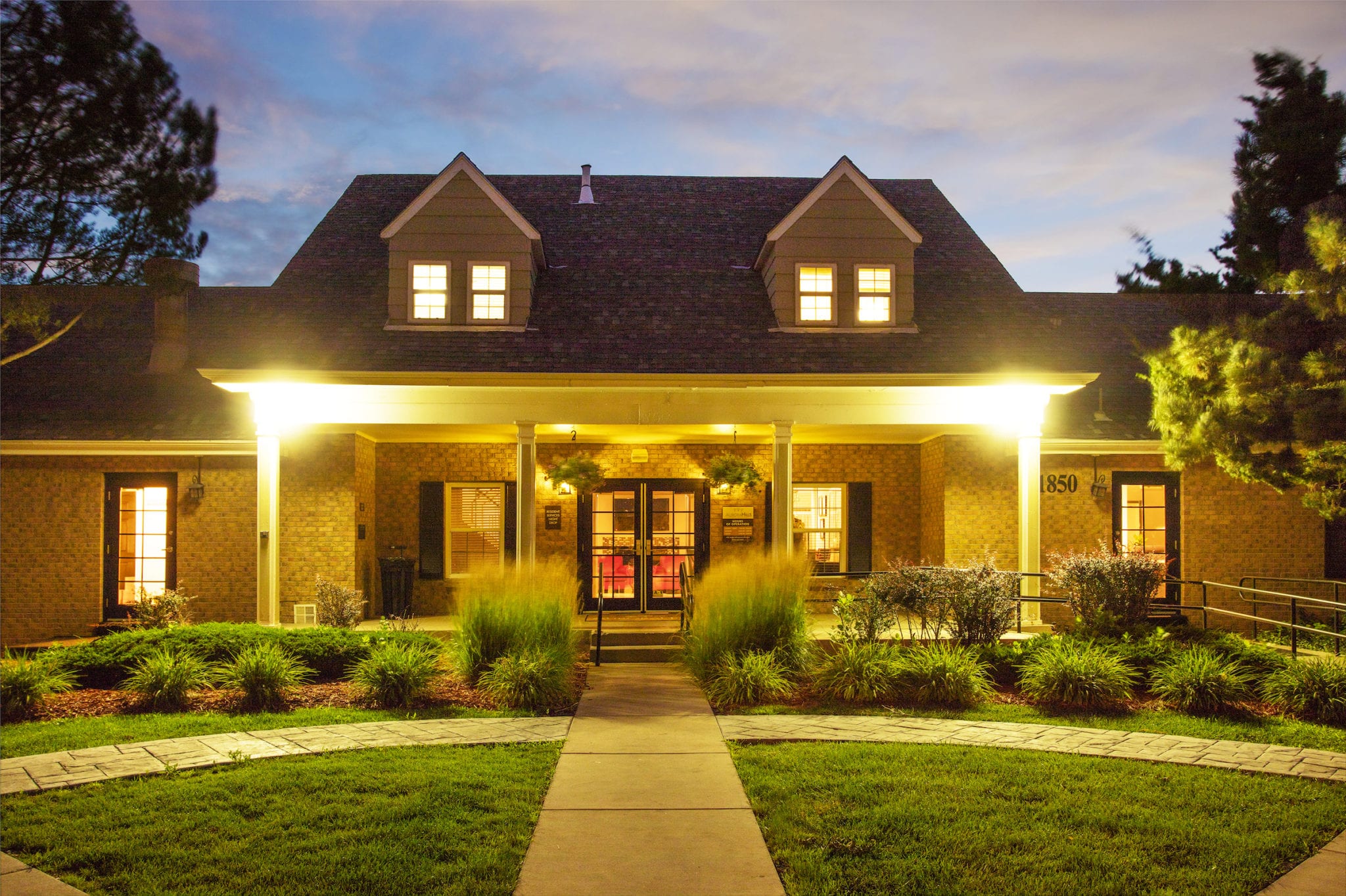 Aurora Hills Apartments, a 600-unit property built in the early 1970s, received 15 offers in late 2017. Even though the property was partially renovated, the new owner, Oak Coast Properties, is planning an additional $2.5 million in upgrades. Courtesy CBRE

Value-add properties are as in demand as ever, making the market a reliably competitive asset class for multifamily investors across Colorado.

“Value add is anytime you can spend money to make money, upgrade a property to compete with newer product and achieve higher rents,” said Matt Barnett, senior vice president with CBRE Capital Markets, Multifamily Investment Properties. “It’s really being able to reposition a multifamily property to be more comparable with what’s being built or the next-generation newer.”

A value-add property comes in all vintages – from the 1970s up to the 2000s – and in all locations. Even those built in 2009 or early 2010 – a relatively small number – can be pitched as value add, but generally it’s assets from 2002 or older, said Shane Ozment, principal with ARA, A Newmark Co.

“The popularity of the value-add strategy has been very, very successful, regardless of vintage of the property – the rising tide has lifted all ships here in Denver,” Barnett said. “But due to the success of that strategy – there’s been more money raised for value add than any other type of investment strategy for multifamily. So, that is what is ultimately pushing pricing and compressing the yield – there’s a lot of money out there with this strategy in mind.”

Another important component of these properties is that even if an older property is partially or fully renovated, it could still be sold again, touting itself as a “value add.” Properties that were renovated seven or eight years ago can qualify as value add to be re-renovated.

“Tastes and styles change,” said Barnett. “It doesn’t necessarily have to be a deep dive that needs to be done – it could be anything from color scheme to countertops and different appliances that can all make the difference. So, there’s plenty of opportunity.”

While the level of investor interest hasn’t changed, the difference in today’s market is that the dynamics of the multifamily market has changed, Ozment said. A majority of the market was built from 1972 to 1974, then there wasn’t much activity until 1984 to 1987. Then there was a stretch of construction activity in 1998 to 2002. After that, recessions limited the construction activity until about 2010. During those “off” years, there sometimes was only hundreds of units built a year – a far cry from the thousands of units coming to market every year recently.

After 2010, we started to see double-digit rent growth annually, he said. At that point, investors started jumping on value add because many of these assets hadn’t had anything done to them in 20 to 30 years, Ozment said.

“Now today, it’s rarer to find product that is 100 percent untouched than to find something that somebody has done 20, 30 or 40 percent of the units,” he said. When those untouched apartments are brought to market, the demand often is even more competitive. 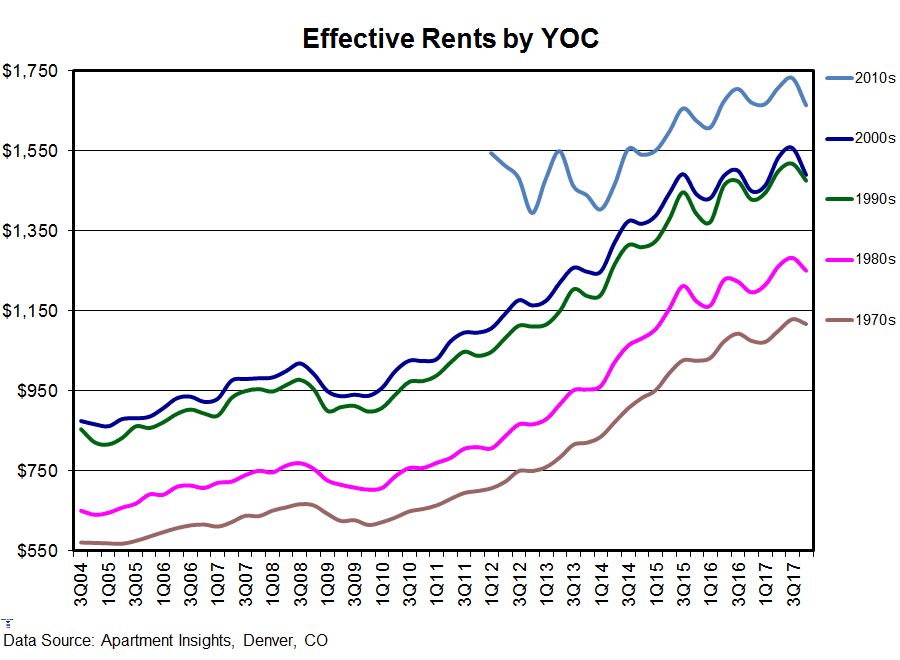 Just about all investment groups have a value-add “bucket,” Barnett said. Where investors differentiate is the vintage they may target. There are some groups that only want to buy properties from the 1990s or newer. Assets from this time period, which feature more “modern bones,” (i.e., 9-foot ceilings, more open floor plans), can be cosmetically updated to a point where there is no real discernable difference to a resident between it and brand-new product, Barnett said.

“Then there will be a different set of buyers who would be OK with older properties that have boilers and 8-foot ceilings,” and require a deeper dive in terms of renovation, he said.

Ozment agrees that most investors find value-add properties attractive, estimating that between 70 and 80 percent of all the money chasing multifamily is for value add.

One reason for this is because value-add projects present companies with the opportunity to underwrite for its internal rate of return (rather than underwriting for cash flow upfront), which means over the ownership period, they will gain higher returns than if they just bought a deal and let the market naturally raise rents.

Herein lies the beauty of the value-add market, said Ozment. Say a property built in the 2000s has rents that currently are $350 below the brand-new deal a few streets over. The investor can spend $7,000 on upgrades per unit and get $150-$200 back in rent growth, which is still $200-$150 below the new product’s rent. “If you can make it look almost as nice, there’s going to be a huge demand for it, and that’s why the market does so well, because you’re still staying below new product,” he said.

Another reason these assets are so popular is because often your return is greater than other investment mediums, said Andrew Monette, an associate adviser with Pinnacle Real Estate Advisors. There also is a pride in ownership for many when they take a property that is struggling, and through maintenance, upgrades, new management, etc., can turn that property around. “These properties are going to make them money and it’s an enjoyable industry as far as investing goes,” he said.

All this interest has kept the market’s popularity very stable over the past five or six years, with a pretty standard expectation of 10-plus offers on most large assets, unless there’s some extraneous factor with the property – like a tough location or something unfixable, Barnett said.

“I’m hesitant to put a rule to that because a lot of it depends on the story of the particular property,” he said. “We’ve seen some deals in Cherry Creek with above 20 offers.”

“The fourth quarter was an unbelievable quarter, at least for our office and the properties we sold,” said Ozment. “We sold about four or five deals that were built in the late ’90s or early 2000s. All the cap rates were below 5 percent – somewhere in the 4.7 or 4.8 range. We didn’t have one property that we took out that got less than 20 offers. It’s extremely competitive.”

For smaller properties, the market may not bring as many offers, but it’s always been very competitive, Monette said. “We’re not counting offers on both hands for most listings – but if properties are priced appropriately, then I would expect to yield multiple offers,” he said. Last year, a value-add listing in Aurora had over a dozen showings, and more than a half-dozen offers. “It’s still an extremely attractive asset that people want to purchase.”

While every firm handles sales differently, in such a competitive market, money talks.

“The amazing thing today is there’s so much money in the market chasing multifamily, and there’s a lot of qualified buyers,” Ozment said. “Typically, the groups who are going to win the deal are going to be the most qualified and pay the highest price.”

With all this activity, people are paying really big numbers for value-add product, he said. Cap rates are compressed very low and, sometimes, are even lower than brand new product.

“I don’t necessarily think the level of interest has changed,” Barnett said. “I think the pricing is what starts to dissuade some of the offers. If there is a decrease in offers, it’s really due to the fact that yield expectations have narrowed and some of the groups that need higher returns are getting priced out of the market or they’re having to adjust their return expectations to a lower number.”

As Denver proper continues to get more expensive, other markets are going to be more attractive because they offer higher yields, Monette said. Monette and Barnett are both keeping their eyes on Colorado Springs, which represents a great market to get into at a reasonable price that still has very attractive returns and is enjoying rapid rent growth, Monette said.

In the metro area, southeast Denver and some of the more blue-collar areas still represent upside and opportunity. “That’s not to discount potential Denver value – but if central Denver is trading at an average of 5 cap, and you’re looking at maybe a 6½ out on the west side of town, that’s a little more attractive to investors,” Monette said.

In general, locations with less new supply coming on the market are attractive, because that submarket will not be flooded with vacant units. For example, one deal in Highlands Ranch received 23 offers for a 1999-built apartment, Ozment said.

With life expectancy of a renovation lasting seven to eight years, the supply chain for value-add seems endless. There may be a gradual slowing down as lenders start to get more hesitant and a little more particular about what they want to lend on, but it’s not going to be a night and day change, said Monette.

“Nothing about the strategy is going to change,” Barnett agreed. “I think it’s broader market activity – it’s going to be pricing, yield expectations and interest rates – that could constrain our market and volume going forward, more than a shift in strategy from the buyers.”

Featured in the February 2018 issue of Multifamily Properties Quarterly.