Donna Blair, the recently appointed chief operating officer of Continuum Partners, has a history with the Denver-based company that developed such high-profile development as Belmar years before she joined the company.

“I’ve been dancing with the company for one way or the other for close to 20 years,” said Blair of Continuum, which also is tackling the redevelopment of 9th and Colorado, a mixed-use development project that other developers couldn’t get off the ground. 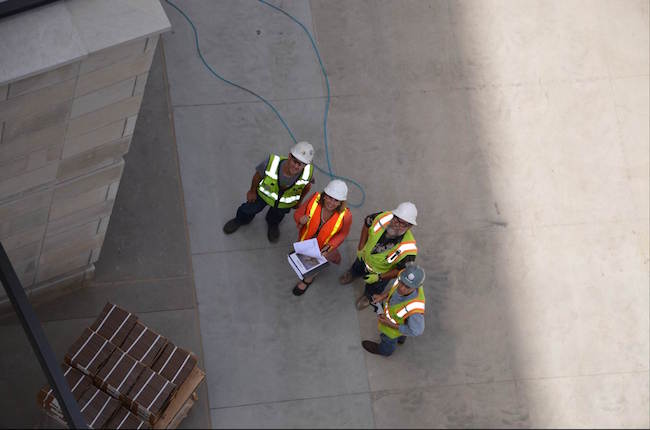 Donna Blair with representatives from the GE Johnson Construction Co. on the Paseo at Hotel Born.

Blair was introduced to Mark Falcone, the founder of Continuum Partners, in 2000, when she was working on the redevelopment of the Rockefeller Center, which had just been purchased by Tishman Speyer in a $1.85 billion deal.

At the time, she was working closely with Peter Fair, transforming the Rockefeller Center from a derelict, underutilized development into one of the hottest office and retail properties in Manhattan.

“We really helped turn this landmark property into the heart and soul of New York City,” Blair said. Fair was in charge of the entire retail and common area repositioning.  Blair started on the office side at Rockefeller Center and Fair brought her over to the retail development side.

A year later, Fair would join Falcone at Continuum to help develop Belmar, the de facto downtown of Lakewood. In 2008, Fair became a co-owner of Continuum. Without much fanfare, Fair also runs Continuum Advisory Services, which invests with and provides services for a number of institutional clients, including Kohlberg Kravis Roberts & Co. LP and Pacific Capital Partners, which manages $6.4 billion in assets.

“Donna has deep operations capability and is also able to think outside the box, which is essential for us given the nature of our projects,” Falcone said in May, when Blair was named COO.

With Blair, Continuum landed a person not only with experience with the Rockefeller Center, but also other giant developments. 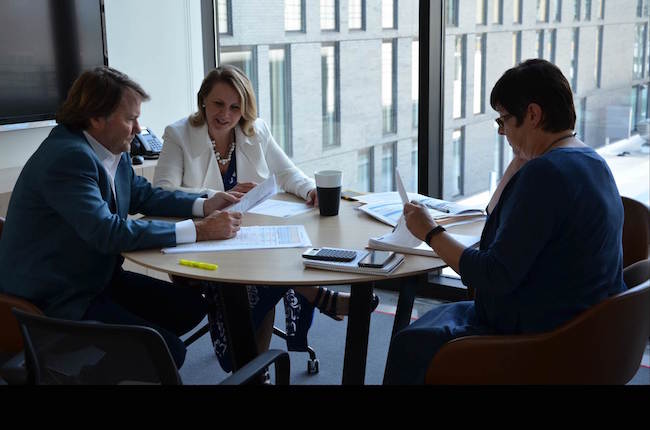 After her work was done at the Rockefeller Center, the Chicago native joined the Mills Corp. to work on Xanadu, a stalled 2 million-square-foot retail and mixed-use development in New Jersey.

At Pacific Retail Capital Partners, she once again crossed paths with Fair.

For example, they both worked on Yorktown Center, an $18 million redevelopment of the almost 50-year-old center in Lombard, Illinois, about 25 miles east of Chicago. Fair manages the day-to-day operations of Yorktown Center. Continuum is a co-investor of Yorktown with other partners, including KKR and Pacific Retail Capital Partners.

She is no desk-bound executive. 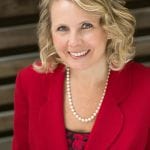 “I have a construction vest and a hard hat on my desk right now. I spend a lot of time in the field,” Blair pointed out.

While she has no typical day, “It might start out with meeting with a design and construction teams on site at our Hotel Born (on Block A by Union Station) project, come back to the office and meet with the accounting group and HR and then sit in a meeting with civic and community leaders,” she replied, when I asked her how she might fill her working hours.

She also brainstorms on other avenues that Continuum could pursue.

For example, should Continuum create an entity to pursue cultural amenities that would add value to development?

“Frankly, it is intoxicating and motivating,” working with Continuum, a company that has focused on sustainable, urban developments before it was trendy.

“Yes, of course, we want to and expect to make money on our developments,” Blair said. “But everyone at Continuum is focused on making the urban fabric better by us being involved with it. I’m challenged to think outside of the box.”

As COO of Continuum, Blair is one of the few women to have a senior leadership role in the commercial real estate industry.

Only 14 percent of the top officers of commercial real estate firms are women, according to a 2015 study of its members by the Urban Land Institute.

“Have I been the only woman at a meeting? Absolutely. The female factor in the real estate world, especially in construction and development, is something a lot of women talk about,” she noted.

However, she has never felt any discrimination and encourages other women to enter the field. 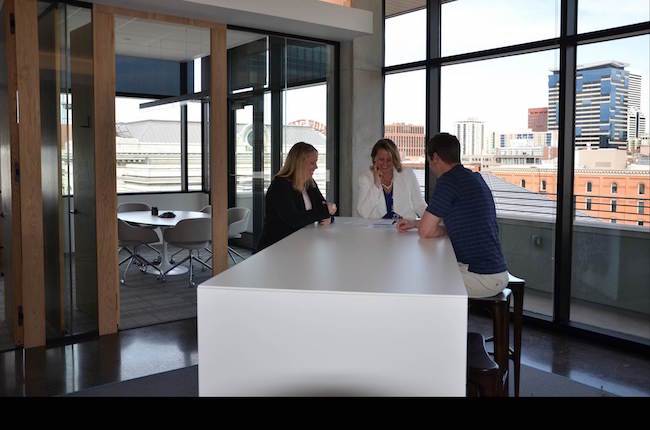 Donna Blair in a meeting with Jenny Robinson, director of capital markets and asset management at Continuum, and Chris Miller, architectural illustrator at Continuum

“I’ve never looked at it, and I don’t think the people I’ve worked with have ever looked at it like a male-female thing. I think it is more of a skill set thing. Do you have the right skills, the right work ethic, the right attitude? Those are the things that really matter. I feel like I have been treated fairly and with respect during my whole career. I have had great opportunities and have been very fortunate.”

Blair’s introduction to real estate occurred when she was a student at Mother McCauley Liberal Arts High School on the Southside of Chicago and was a receptionist at a Century 21 office.

She started out in a health care field at Marquette University in Milwaukee but in her senior year decided she had more of a passion for business. She didn’t change her major, but took business classes, economics and statistics. 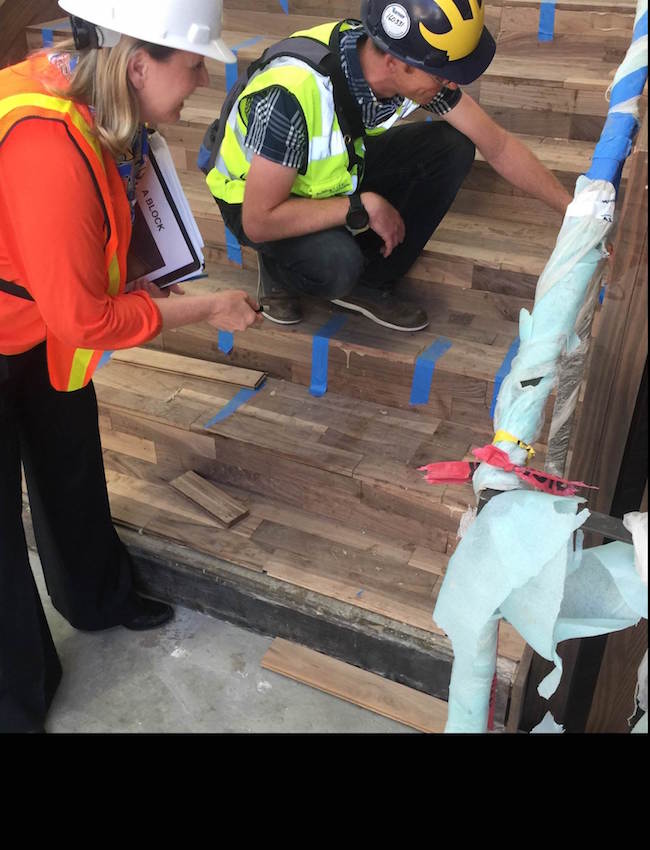 Donna Blair meets with GE Johnson Construction officials in what will be the lobby at Hotel Born.

She lives with her husband and two teenage sons in Stapleton.

Although a self-professed “city girl and urban spirit,” Blair, 47, also enjoys all of the outdoor activities available in Colorado.

“Prior to moving here, we would come to Colorado to ski at places like Vail, and Winter Park and Copper,” Blair told me.

“Just last weekend we were hiking at the Garden of the Gods. One of the nice things that Denver has over Chicago and New York is you have all of these big-city cultural amenities without the congestion, but you also have all of the great outdoor things to do. I’m loving it.”