Arsenault: developers need to police each other for shoddy practices 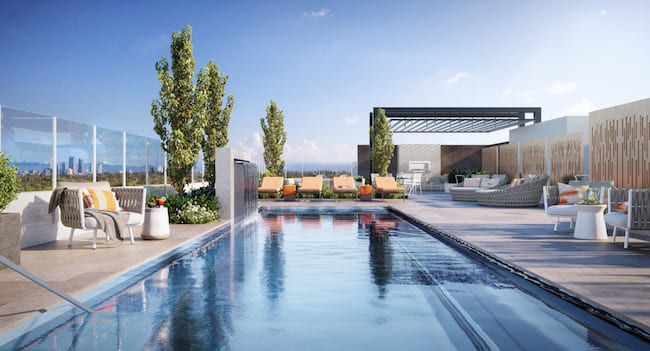 Shown is what the rooftop deck of the Laurel luxury condominium at 1515 Steele St. will look like when it opens in 2018. It is being developed by the Pauls Corp. and listed by Dawn Raymond of Kentwood Cherry Creek.

Condominium developments are making a comeback in the Denver area in the wake of a new state law that takes steps to begin to reform construction defect litigation after a five-year battle and a favorable Colorado Supreme Court decision.

But developers are still struggling with how to develop affordable condominium units in a market with rising labor and land prices, as well as expensive insurance costs. 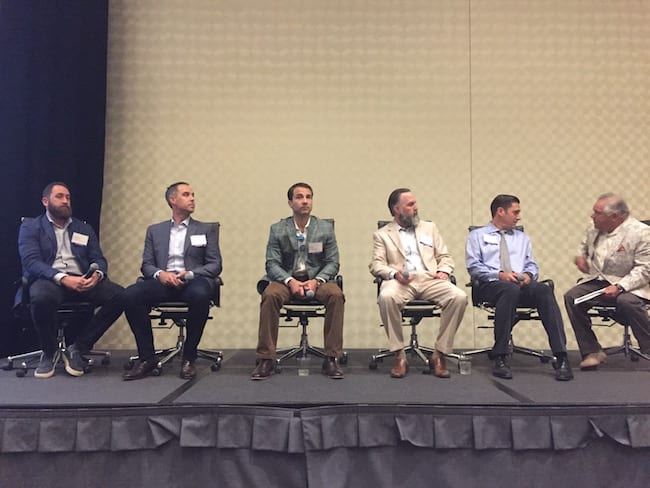 Indeed, many of the recently completed condominium communities such as 250 Columbine in Cherry Creek North, as well as a number of others under construction or on the drawing board, command sales prices of $700 and up per square foot. Some units have traded hands north of $1,000 per sf, something that lenders in places like New York City have had a hard time comprehending.

It was the first condominium conference sponsored by the Colorado Real Estate Journal.

It also was the largest conference ever sponsored by CREJ, drawing more than 500 developers, architects, brokers, lenders, contractors and other players in the residential and commercial real estate worlds. 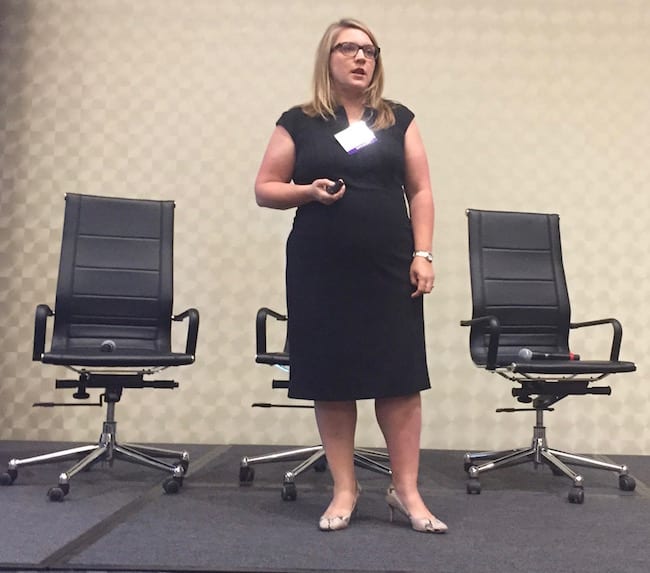 “It’s a real testament to the appetite for more condominium developments” that the conference attracted so many, said one speaker, attorney Amy K. Hansen, a shareholder at Polsinelli PC.

“I hope we can learn from one another,” said conference speaker Mike Rinner, a senior vice president at Meyers Research.

“This is an amazing and tremendous topic,” he added.

It is hard to imagine today, but Rinner showed graphs that illustrated overbuilding of condos in the 1980s, many of them that a first-time homeowner with a modest income could afford.

Condo development fell off the cliff in 1991, with a mere 31 units delivered, as little construction was started in the late 1980s, as the market struggled with an oil and gas collapse.

In recent years, fewer than 200 new units were delivered annually, far below the 36-year average of 1,915, showed Rinner’s data.

“With six years of undersupply, there is a lot of pent-up demand,” Rinner said.

The good news is that Gov. John Hickenlooper on May 23 signed House Bill 1279, which makes it more difficult for homeowner associations to sue developers for construction defects.

“We should all give Peter Kudla a standing ovation,” attorney Hansen said at one point.

Indeed, before Kudla spoke on the developer’s panel, the audience erupted into applause.

In addition to the Vallagio, a number of big and small condominium communities were highlighted during the conference.

There is “no silver bullet” to prevent frivolous construction defect litigation, but Brian Levitt of NAVA Real Estate, developer of the Lakehouse, said that he and partner Trevor Hines decided to develop a condominium tower because everyone else was developing luxury apartments.

The Coloradan, developed by East West Partners near Union Station, is an example of the luxury condominium communities underway in Denver.

He and Hines came up with about 20 items that became their “gospel” on how to build such a sound building that you are unlikely to be sued.

Jonathan Alpert, a managing partner at the Westfield Co., noted that he spends a lot of time “going to his own gospel” to make sure that homeowners are happy.

It’s crucial for him to have happy-camper homeowners because he is a local developer who is in Denver development for the long haul.

“We are not going anywhere,” Alpert said. 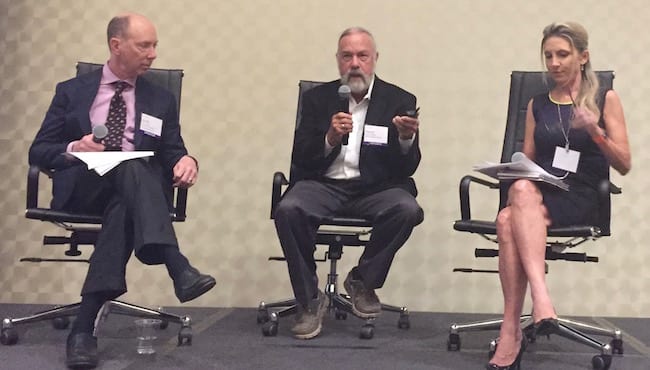 The “No. 1 thing for construction defects is unhappy homeowners,” noted Brad Arnold, a vice president of sales and marketing at East West Partners, developer of the luxury Coloradan condominium building near Union Station.

To combat that, East West created the position of “owner liaison” to work with homeowners every step of the way, even during construction, to make sure their dream home does not become a nightmare.

“It is amazing what happens when your focus shifts to the homeowners,” Wilson said.

Clem Rinehart, the owner/broker of Treehouse Brokerage and Development, said not many of the homeowners at his communities in places like RiNo and Sloan’s Lake ask about construction defects.

Some first-time buyers at his Spark development in RiNo even look at him blankly when he tells them they need to get prequalified for a loan.

‘I have a personal relationship with every buyer,” Rinehart said.

Kudla, however, warned that no matter what steps you take and how well you know your buyers, you can still be sued.

“You do your best, but the fact of the matter is we live in a very litigious environment,” Kudla said.

“I hate to say it, but the attorneys who pursue (construction defect lawsuits) are a machine. They are funded with a tremendous amount of capital.”

It is not just the fear of being sued that could put the lid on condominium developments.

Brock Yaffe, an associate of HFF Inc., said it has become more difficult to get debt financing, not only for condominiums but all classes of commercial real estate.

An extra challenge for condominium developers is that most national lenders are not familiar with the Denver market, he explained.

“They do not understand the dynamics of our market,” Yaffe said.

“It is really challenging to tell that story,” he added. “A lender based in Manhattan can’t believe that buyers are paying $700 to $1,000 per sf for condominiums. In Denver? Really?” 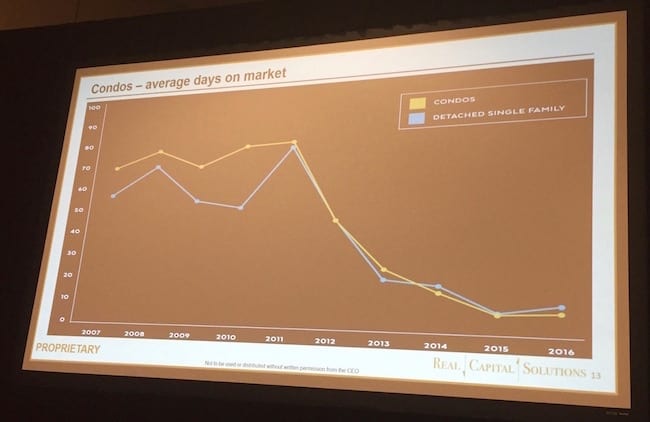 Condominiums are flying off the shelf, as this chart from Real Capital Solutions shows.

In fact, demand is far outstripping the supply of condominiums.

“There is less than a seven-day supply of condominiums on the market,” said Dawn Raymond, an associate broker with Kentwood Cherry Creek.

She checked how many condominium units were on the market in Cherry Creek North just before she came to the conference.

“There weren’t any for sale. Zero,” Raymond told the audience.

Before she listed 250 Columbine in Cherry Creek North, she had a waiting list of more than 100 people who were interested in looking at units.

Next week, she will begin listing condominium units at the Laurel in Cherry Creek, being developed by the Pauls Corp.

“I have more than 300 people on the waiting list for the Laurel,” Raymond exclaimed. 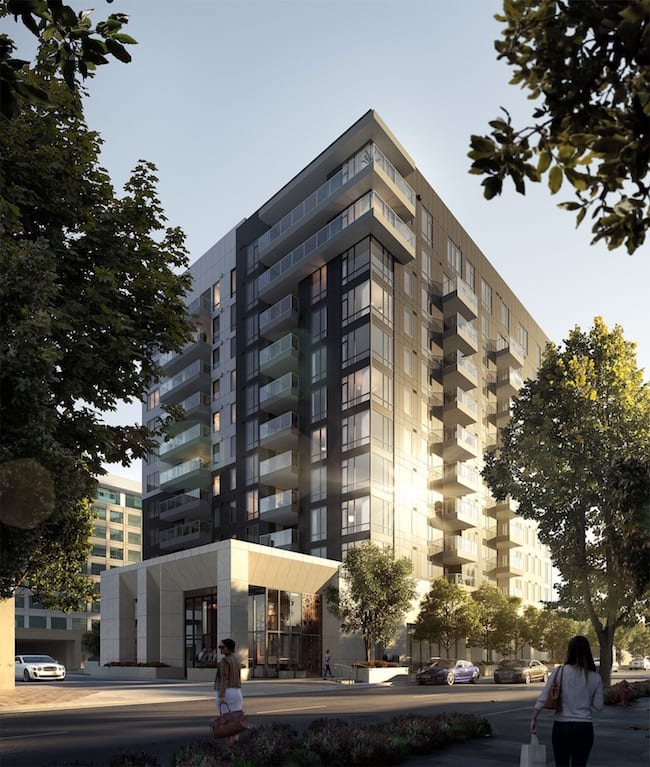 Shown is the Laurel luxury condominium tower in Cherry Creek North, which is being listed by Dawn Raymond. The Laurel is scheduled to open in fall 2018.

Marcel Arsenault, chairman and CEO of Real Capital Solutions, is pretty bullish on condominium developments in the Denver area and most of the country, with the possible exception of Miami, which he said already is becoming overbuilt with condominiums.

Condominium developments will hit some headwinds when the next recession hits, possibly in 2019 or 2020, he said.

“I don’t know exactly when it will happen, but you had better have your seat belt on.”

Arsenault noted that some of the people in the room will go broke during the next recession, “but the good news is that most of you won’t.”

However, he cautions that there are some bad-actor developers in the industry and he is sure they will surface again.

Developers are burying their heads in the sand if they believe that developers constructing schlock condominiums are not their problem, according to Arsenault.

What led to Colorado’s onerous construction defect laws in the first place were a few shoddy developers that gave the entire industry a black eye, he believes.

“My belief is that it will happen again,” Arsenault said. 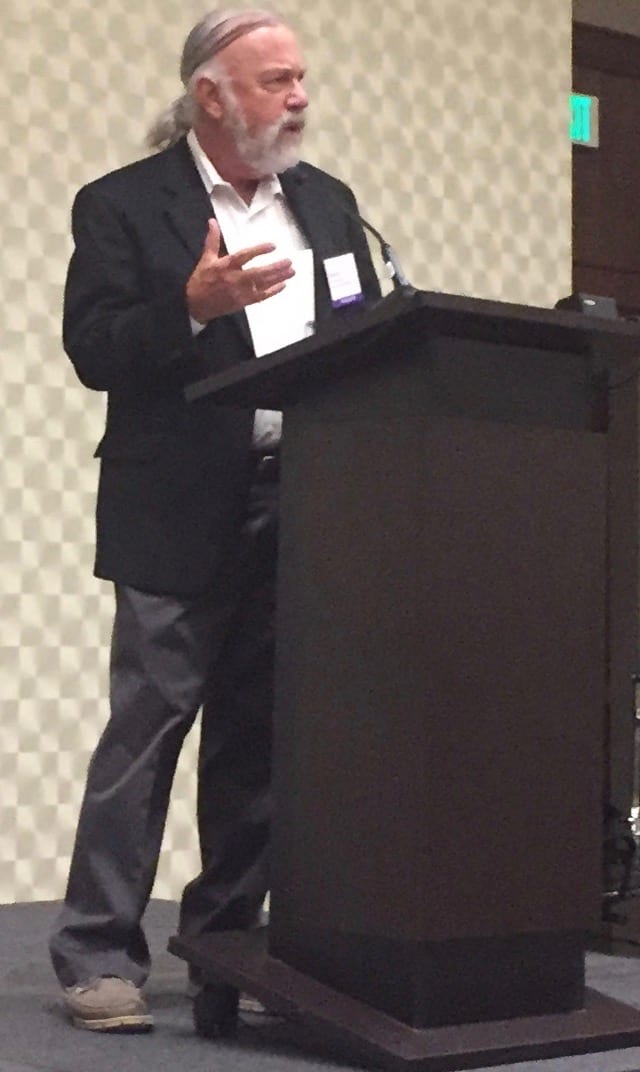 Marcel Arsenault warns of bad-actor developers that give the industry a blackeye, leading to onerous construction defect laws.

“As an industry, we ought to watch each other,” he said.

And that’s difficult, he admitted.

There is no “clearinghouse” to deal with shoddy developers, he noted.

The American Medical Association and the American Bar Association “try to get ahead of the problem,” by respectively monitoring physicians and lawyers, he said.

Developers need to do the same.

“We’ve got to look for the offenders” in the development industry.

Developers might approach the offending developers quietly to let them know they need to clean up their act or face consequences.

Developers also might tip off lenders that certain players are developing time bombs.

“We do have a dog in this fight,” Arsenault said.