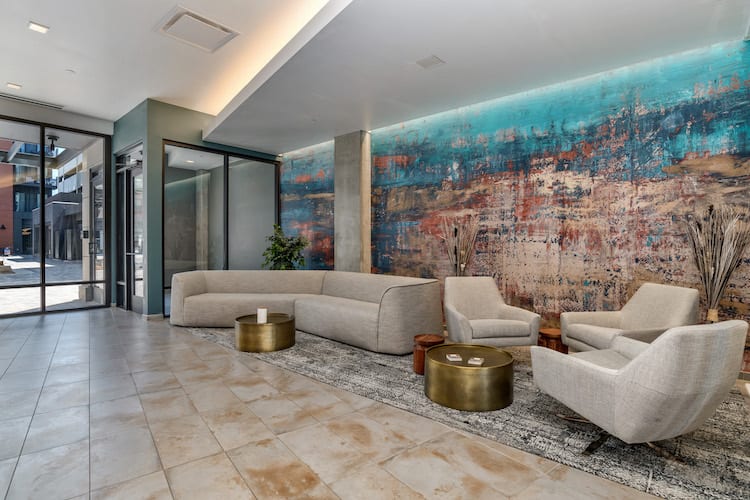 A ground-floor lounge at Patina Flats at The Foundry

The apartments within the newly completed Foundry redevelopment in downtown Loveland have been acquired for $44.1 million.

California-based Steadfast Cos. bought the 155-unit Patina Flats at The Foundry from a partnership led by Brinkman, Patina Flats has been more than 95% leased since it was completed in August 2018 and was nearly full at the time of sale.

“We had an exchange, and it was a good property in a good area,” said Max Seraj of Steadfast, which owns another community in Loveland. Seraj said the company was trading out of an older property in another state and wanted to trade into something newer in an emerging market.

Patina’s two buildings are next to a large outdoor plaza designed for public gatherings and within steps of a movie theater, restaurants and retail that were built as part of the three-block Foundry redevelopment. There is approximately 16,000 square feet of ground-floor retail space that is leased to Mo’ Betta Gumbo, Vatos Tacos and others. Steadfast plans to focus on leasing up the available space. 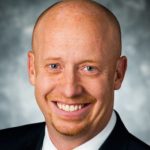 “You just haven’t seen anything at this location and of this quality in Loveland. The combination of the two was very attractive,” said Terrance Hunt of Newmark Knight Frank Multifamily, who represented the seller with NKF Multifamily’s Shane Ozment, Justin Hunt and Andy Hellman. “Lease-up was quick. It attained nearly 100% occupancy, which is hard to do. Once that retail is all built out, it will be a very active place this summer.”

There was “fairly good interest” in the property from potential, mostly private buyers, according to Hunt. “It’s a little bit unique because it’s an urban location in Loveland, and it was a little undersized for most institutions,” he said.

Steadfast, through a managed real estate investment trust, owns PeakView at Horseshoe Lake in Loveland, “So, they really understood the submarket and were very attracted to the location,” said Hunt, adding the company “was able to demonstrate better terms to win the deal.”

“This was a very cool deal and a very pioneering deal,” said Hellman, adding Brinkman and its partners did a “phenomenal job” with the development. Brinkman developed the entire Foundry project in a public-partnership with the city of Loveland, along with Brue Baukol Capital Partners and Colmena Group.

“They did a great job, and it worked out well for them. The city is happy with it, so is (Steadfast) because they’re at the new epicenter of a growing city. So, it worked out for everyone,” said Hunt.