Panorama has a new name and a commercial real estate brokerage division.

Veteran commercial real estate broker Eric J. Kimose is not and never has been an elephant hunter. That is, he never sought to sell the big, trophy properties that make headlines.

As a brand-new broker with Marcus & Millichap’s Denver office in the mid-1990s, Kimose went to developers and real estate investors with this proposition: “Let me sell your dogs.”

Kimose, now 57, wanted to list and market the worst-performing properties in the developers’ portfolios.

He liked deals with a lot of hair on them.

During his 15-plus years at Marcus & Millichap, he sold more than $300 million in properties.

He sold properties with land leases, properties not visible from the street and buildings with horrible interior layouts.

One active developer and longtime client, who has since died, called Kimose the “Bad Retail Boy.”

“Every time he had a deal that was not performing well, I would get a call,” Kimose said. Although he sold a lot of retail, Kimose also sold apartments, offices, industrial properties and land.

“I really loved the deals in the $3 million to $4 million range,” Kimose said.

He left Marcus & Millichap in 2012 and went out on his own for several years. During that stretch, he sold another $50 million or so in properties.

Last fall, Kimose decided that he would like to work for a company again and made a cold call to Mark Pyms.

Kimose had done one of his first deals ever with Pyms, who sold commercial real estate for Denver-based Re/Max. 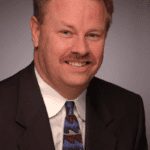 When he called, Pyms was puzzled.

“We haven’t placed the ad yet,” Pyms told him.

It turned out, Pyms and his partner were getting ready to launch a commercial real estate brokerage division of the company. However, they hadn’t advertised that yet when Kimose called.

“It was divine intervention” that Kimose called when he did, Pyms said.

Pyms, while with Re/Max, co-founded Panorama Property Management 17 years ago to manage properties.

Re/Max did not have a property management division, so it was not a conflict with the primarily residential real estate company.

Pyms only sold commercial RE at Re/Max

“I tried to sell a house once,” he quipped.

“We serve the mom-and-pop owners who might be really good real estate investors but aren’t very good at managing their properties,” Pyms said.

In fact, they changed the name to Panorama Commercial Group to reflect that it is no longer just a management company,

Pyms recently left Re/Max to devote all of his energies to Panorama.

“The great thing about Eric is that, unlike a lot of managing brokers, he is not going to be out there competing with the other brokers,” Pyms said.

Rather, Kimose will train new brokers and use his extensive connections to drum up business. 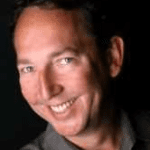 While a lot of the big brokerage houses only want seasoned brokers, Pyms said they will seek talent ranging from recent college graduates to people who are looking to change careers.

“We will talk to anyone who walks through the door,” Pyms said. “I think as our reputation grows, we will attract some seasoned brokers from the big outfits who don’t like a manager breathing down their neck all of the time.”

I asked Pyms what he expects as far as growth of the commercial division.

“We’re going to own this town,” Pyms deadpanned.

For his part, Kimose said that he likes that Panorama won’t just buy and sell properties for clients.

“We can also offer them property management,” he said. “It really is one-stop shopping.”

He agrees with Pyms that his timing couldn’t have been better when he called him.

Kimose works well with others

It also was fortunate that he and Pyms had worked together on a deal in 1997.

Many brokers at Marcus & Millichap do not share deals with outside brokers.

“M&M is great at keeping both sides in-house,” Kimose said.

“I broke with that philosophy a bit because I always thought that if you work with outside brokers you increased your chances of getting the highest price for a property, even though that meant you gave up some of the commission. It worked for me and I believe it worked for my clients.”

That is sure to be one of the many lessons Kimose shares with new brokers at Panorama.