The clock is ticking on an opportunity to buy a parking lot at 19th Street and Walnut Place that is described as the last development parcel available near Denver Union Station.

The property, which is zoned for a 140-foot-tall building, is being listed by the ARA team of Chris Cowan, Bryon Stevenson, Steve O’Dell and Jessica Graham.

The 19th and Walnut site, which according to public records is owned by Block 11 LLC,  an entity created by Focus Property Group, has a lot going for it, according to ARA, a Newmark company. 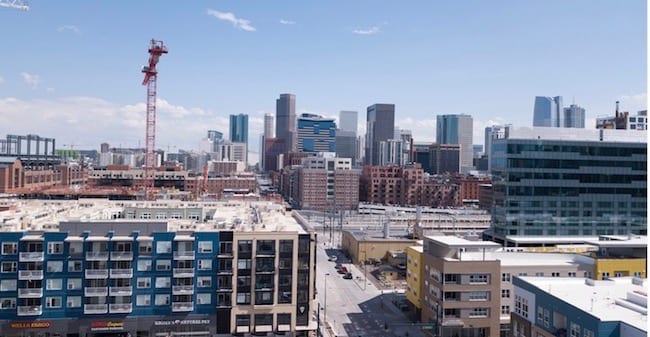 The southeast view from 140 feet at the 19th & Chestnut site. Photo credit: ARA

For one thing, the Denver Union Station neighborhood has been a hotbed of activity, experiencing more than 8 million sf of development since 2011, ARA points out.

Other highlights of the 19th and Walnut site, according to ARA:

The amount of office space and multifamily units indicates there is a need for another 1,545 apartment units in the area, according to an analysis by ARA.

Demand is strong for 19th and Walnut from prospective buyers. 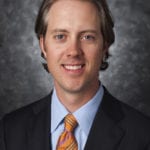 “There has been a strong appetite from hotel and micro-housing groups,” Cowan said.

He said given the size of the parcel at 19th and Walnut, the development will be driven by parking.

“Key is to find the use that places the lease amount of value/priority in parking … hence, hotel and micro-housing,” Cowan explained.

For some prospective buyers not familiar with downtown Denver and especially the Union Station neighborhood, it is hard to understand the opportunity 19th and Walnut provides. 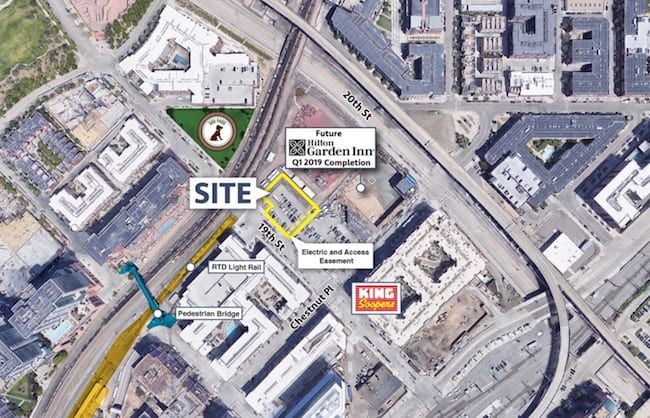 The deadline is Thursday to get in an offer to ARA for the 19th & Chestnut parking lot, the last development site near Union Station. Photo credit: ARA

“Being two blocks from Denver’s transit hub, it should be a no-brainer, but it’s hard to demonstrate to the market a global concept when they have Western-driver-dominated glasses on,” Cowan said.

Interest fhas been split evenly between prospective local and national buyers, he said. Some of the out-of-state buyers would be new to the Denver market and some already have a presence here. “We’ve even had a few international groups inquire,” Cowan said.

“The most common (would-be) buyer is a developer new to micro-housing space but who believes in its future,” Cowan said.