Pena Station NEXT and Pena Station North are being listed by brokers Tom Lee and David Hart of Newmark Knight Frank.

Peña Station Next is a cutting-edge, sustainable, transit-oriented development that has generated local, national and international headlines. For example, it is  is home to the Panasonic Smart City, called CityNow, that develops and tests tomorrow’s technology in a real neighborhood.

The site, largely owned and developed by L.C. Fulenwider Inc., a family owned company that has been shaping the fabric of Denver and Colorado for the past 115 years, is a true TOD, given that it includes a University of Colorado A-Line rail stop at East 61stAvenue.

Adjacent to Peña Station Next is an equally impressive development site that Fulenwider has quietly rebranded as Peña Station North.

“It’s a hell of a piece of dirt,” said Cal Fulenwider III, chairman and CEO of his eponymous development firm.

Peña Station North, “from Day One,” had been known as the Denver International Business Center, Fulenwider noted.

The site, which stretches north of East 64thAvenue, the northern boundary of Peña Station Next, is even larger than its sister site.

Fulenwider still has about 200 acres at Peña Station North that can be developed. It started with 275 acres, but some of the land has been sold for about 10 hotels and offices, said Ferd Belz, president of Fulenwider. The northern site stretches all the way to East 72nd Avenue.

Peña Station North, as its original name suggests, is ideal for a big, corporate office campuses.

It is so big, in fact, it was one of the eight local sites submitted for the Amazon HQ2. Denver was one of the losing finalists for the second Amazon headquarters, which would have employed as many as 50,000 people at an average salary of $138,000.

So why change the name of the Denver International Business Center?

The answer is deceptively simple.

“It sort of dawned us that 64thAvenue was kind of an imaginary line,” Belz said. 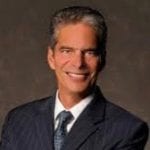 “If you stepped north of 64th, it’s not like anything really changed. It all looks pretty much the same.”
It made more sense for that land to be considered an extension of Peña Station Next than a separate development entity, Belz explained.

Going forward, we are going to be hearing a lot more about the rebranding of the Denver International Business Center as Peña Station North.

“We have not officially really rolled it out yet,” Fulenwider said. 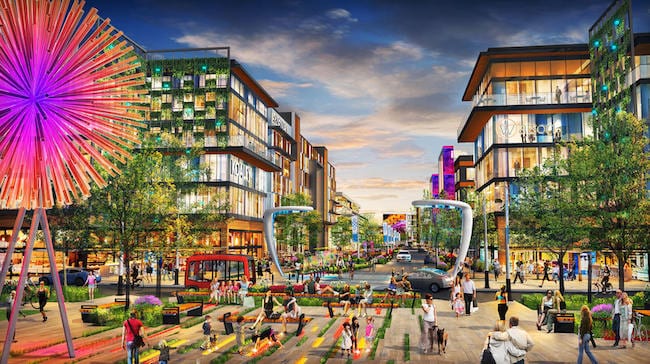 An artist rendering of Pena Station Next, a TOD site near DIA