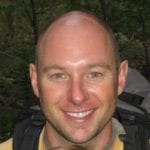 Denver has joined North American cities San Francisco and Toronto in enacting a regulatory mandate for green roofs. Green roof incentive programs have been used successfully for years in cities such as Chicago, New York and Washington, D.C., but the mandate is the most efficient way to get Denver to become a more resilient and sustainable city. Questions remain on the effects of the Denver Green Roof Initiative, and this article addresses some of common areas of concern for green roofs while highlighting some of the benefits. The benefits of the green roof initiative were quantified in a study by The Green Infrastructure Foundation and Green Roofs for Healthy Cities and reported that Denver will receive $1.85 billion in savings by 2058. 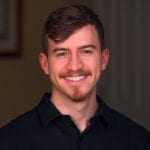 Higher costs. Green roofs have higher installation and initial maintenance costs than conventional roofs. However, over the roof’s full life cycle, studies have shown that green roofs can offset these higher costs with a return on investment of six to eight years. Part of this offset is due to the fact that green roofs’ operational membrane has a 40- to 50-year lifespan, as compared to 15 to 20 years for conventional roofs. Green roofs have a comparatively long lifetime because the waterproofing membrane is protected from damaging elements like ultraviolet radiation and foot traffic.

Green roofs further offset costs by reducing the energy needed for heating and cooling. The effect is most pronounced in the summer, during which evapotranspiration from the green roof keeps the rooftop temperature close to ambient temperature compared with typical rooftops, which can be 90 degrees Fahrenheit hotter. The cumulative effect of cooling rooftops is what helps mitigate the urban heat island effect.

There also are significant cost savings associated with storm-water management. Green roofs have been shown to detain the first inch of storm water, and slow down peak flow to city sewer systems. When the Environmental Protection Agency’s 20,000-square-foot green roof in Denver was built, the agency was allowed to eliminate a storm-water detention vault, and then use the additional space as salable parking spaces. Based on average costs and these savings, the green roof paid for itself the day it was installed, according to a report from the U.S. General Services Administration.

Green roofs’ higher initial costs can be expected to fall as the market develops over the coming years. The city of Toronto experienced a 30 percent cost reduction over six years after instituting a mandatory green roof bylaw in 2009, according to Christian Mahlstedt, president of Ginkgo Sustainability.

Water leaks. Given that green roofs are touted for their ability to detain and reduce the flow of runoff, it is understandable that water leaks are a common concern. In reality, there is no data showing green roofs are more susceptible to leaks. Just like traditional roofs, waterproof integrity for green roofs relies on proper design and installation. The initiative requires an approved leak-testing protocol be performed and documentation of testing must be included in all applications submitted to the Community Planning and Development Department. For the same reason that green roof membranes last longer, the membrane’s waterproof integrity is more consistent than traditional roofs.

A local example of this was from last May, when Denver experienced one of the worst national disaster in its history from a hail storm. In certain locations, waterproofing membranes were decimated by the hail and had to be closed for eight months. Green roofs we visited in these areas experienced no issues and, at most, required a few replacement plants.

Structural load. The weight of green roofs can vary widely, but they outweigh conventional roof types. The added structural load is especially important for existing building roof replacements that will need to meet the green roof requirements. It is important to note that the initiative includes an exemption for existing buildings that cannot support a green roof without major structural alternations. In such cases, the required green roof coverage will be reduced until no major structural alternations are needed.

Safety. For access and safety, green roofs will be treated the same as traditional roofs, and current safety standards will remain in place whether the roof is accessible or inaccessible to the general public. These safety features include the use of railings and protective tie-offs for maintenance personnel.

Air quality. Green roofs have been shown to consistently improve air quality in cities by removing airborne particulates and volatile organic compounds. There is no known case of a “brown cloud” occurring due to a dry green roof.

Next steps. The specifics of the Denver Green Roof Initiative’s implementation are still being shaped, and there are several opportunities for public input in this ongoing process. The initiative created a Technical Advisory Group that is guiding the Community Planning and Development Department on implementing the initiative as written. All of these meeting will be open to the public.

Additionally, the Denver Department of Public Health and Environment is leading a formal stakeholder engagement process to discuss and develop modifications. DDPHE has assembled a 20-member Green Roofs Review Task Force of stakeholders to lead meetings that are open to the public. CPD also will hold its own public meetings to discuss the proposed changes to the municipal code related to the initiative. Major changes to the initiative require a super majority from the Denver City Council and cannot be implemented prior to June.