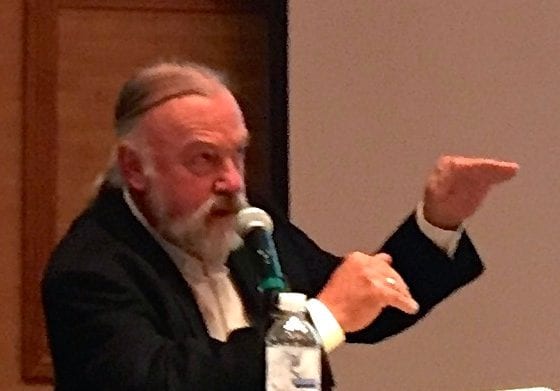 Marcel Arsenault shown discussing a recession in 2019 at a CREJ conference in March 2016.

Real Capital Solutions is one of the largest privately held commercial real estate firms in the U.S.

While Real Capital Solutions owns commercial properties in 14 states, Colorado is by far its largest single market, for commercial buildings and apartment communities. The company also has a development arm and invests in renewable energy. Perhaps as a nod to the fact that Real Capital Solutions will invest anywhere it finds value, it even has made real estate investments in Spain.

Last week, in the wake of the 800-point plunge of the Dow Jones Industrial Average and increased chatter of a recession taking place next year, I checked in with Arsenault.

In addition to the stock market crash, last week yields on five-year Treasurys fell below two-year yields, something that hadn’t happened since 2007.

In other words, one more reason to check with Arsenault’s crystal ball to see if a recession is close to rearing its ugly head. 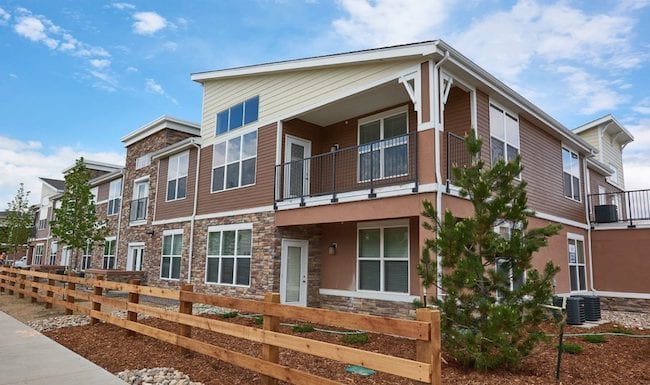 Although Arsenault was in a meeting at his Louisville-based company, he was kind enough to spend 13 minutes with me on a to-the-point phone conversation on his outlook for an upcoming recession.

“My view has not changed,” Arsenault told me.

His view carries a lot of weight, not only because he correctly predicted the Great Recession, but like the protagonists in Michael Lewis’s book the Big Short, he profited handsomely from the first national housing crash since the Great Depression.

Arsenault unloaded hundreds of millions of commercial real estate as the properties peaked before the downturn that began in 2008.

He followed that up by shorting banking and homebuilding stocks that were flying high before they crashed.

“I wouldn’t worry too much about the Dow losing 800 points,” Arsenault told me last Wednesday. “The Dow is an OK predictor, but it is not a great predictor. This is more about the nature of cycles” in real estate and the economy.

Given that Arsenault is driven by data, he said he is a “little shocked” that he is standing by his recession forecast.

After all, a lot has happened since he made his prediction at the CREJ conference in March 2016.

Apartment developers “over their skis”

“Our belief then was the Fed was going to continue to raise interest rates to flow the march of inflation caused by high job growth, and that has come to pass and is continuing,” Arsenault said

Multifamily is going to be the biggest loser in commercial real estate., according to Arsenault. Office and industrial have not been as overbuilt, so they will not be hit as hard by a recession, he said.

“There are some developers that have gotten too far over their skis” and are poised for a nasty fall, Arsenault said.

Denver, buoyed by “great job growth,” has been baking in the “golden era of housing,” Arsenault said.

“That is about to turn to silver and then bronze,” Arsenault said. “The checkered flag is going up. Apartments have been priced to perfection, he said, and market conditions are far from perfect.

Genius to idiot in the blink of an eye

He said the Denver apartment market is going to soften in 2019 and will probably be worse in 2020.

Next year, businesses also will be over the “sugar high” from the tax cuts this year and will be vulnerable to an economic slowdown, he said.

As he did before the Great Recession, Arsenault is prepared to find opportunity in the next downturn.

“We’ve been harvesting profits and building up a cash war chest,” Arsenault said. 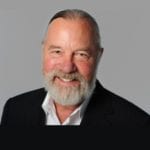 And what a war chest it is.

“We have sold over $400 million in apartments,” Arsenault said.

“We are only buying in markets that have been absolutely crushed, like North Dakota, where we made a contrarian buy. But that is small potatoes. We are investing in real estate, but only very selectively, in deals that we know we can add value.”

Great Recession 2.0 not in the cards

But the good news is that the next recession isn’t going to be one for the history books, like the last one, according to Arsenault.

“This one is not going to be anything like the Great Recession,” he said. “It’s going to be a rather mild recession.”

I asked him how long he thought it would last. “Probably six to nine months,” he replied.

It will be relatively short-lived, but that doesn’t mean there won’t be pain.

The stock market, for example, typically falls 30 percent from its previous high, and Arsenault wouldn’t be surprised this time it collapses as much as 40 percent before recovering.