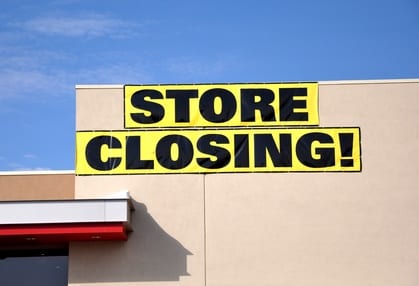 The industry faces a recapture crossroads 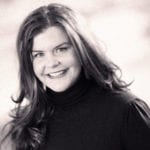 When Sears filed Chapter 11 protection on Oct. 15, the typical churn of media headlines and shopping center doom-and-gloom news cycle began anew. Quicker than it started, however, it spun, and the coverage began to include leading shopping center voices celebrating the chance to recapture valuable space. Some landlords touted the ability to obtain higher rent, others the redevelopment opportunities. With Sears Holding Corp. closing 142 stores (77 Sears and 65 Kmart) before the end of the year, what remains to be seen is how shopping center owners will forge ahead at this fork in the road.

While pressures rise from lenders and investors keenly focused on net operating income, will this be the moment that landlords beef up rent revenue with another tenant possibly 10 or 15 years away from the same fate? Or, will it be the time ownership takes the immediate risk and tries a longer-game approach?

It has been forecasted that many of the nation’s B and C centers will fade into nonexistence during the bricks-and-mortar Darwinistic evolution. The mass Sears/Kmart closure may, for some of these centers, be the catalyst to extinction. For others, the Sears closure may be what it takes to introduce higher rents and a fresher concept that extends their lifespan.

Sears currently operates 15 “Hometown Stores” in tertiary markets in Colorado, two appliance outlets and nine full-fledged “Sears Stores,” some with auto components in primary markets. Two of Colorado’s nine Sears Stores (representing 22 percent of Sears Stores) will close by the end of the year. They are located in Lakewood and Centennial. The Lakewood store is part of the master lease of Seritage Growth Properties, a publicly traded real estate investment trust primarily engaged in the releasing and redevelopment of Sears and Kmart locations.

The Sears bankruptcy is not a surprise. Its last profitable year was 2010. Landlords have seen it coming for years and many are relieved that the uncertainty of exactly when is now over, allowing them to execute on plans they have long made. What remains uncertain is how creative owners will or can get with the building area. Some will be forced to accept a bit more rent for a concept that may face the same overleveraged, underperforming fate, thereby delaying the inevitable. Others will look to recapture the space with concepts and redevelopments that come at a higher price tag, but better position the center for long-term success.

While many landlords are relieved the day has come so they can lift the foot off of the brakes on forward planning, few are happy to see an American retail institution extinguished. As of the filing, Sears Holding Corp. employed as many as 68,000 and many of those employees will face the uncertainty of what is to become of the remaining stores. However, present closure timing coincides with the lowest unemployment rate in 50 years, and many markets, like Colorado, have some of the tightest labor shortages in the country.

While it was clear for those running in the same industry circles to see the dominoes lining up, Sears was an integral part of the transformation and expansion of the American shopping center. Somewhat ominously, Sears also was the pioneer that paved the way for in-home shopping via its famous catalog and mail order experience, which existed for more than 30 years prior to the opening of its first bricks-and-mortar store in Chicago in 1925. In 1955, a Sears ad in a Colorado Springs newspaper urging children to call Santa included a typo that led children to call the Continental Air Defense Command Center, now known as the North American Aerospace Defense Command. This began the annual tradition of Colorado-based NORAD tracking Santa’s arrival.

While the historic relevance of Sears in our industry is undisputed, its Chapter 11 filing quickly kick starts a new beginning. Like any time of new beginnings, some get excited and others are scared. Most are probably both. Keep an eye on the next steps for how these 142 soon-to-be-shuttered locations are repositioned. The next steps owners take will reveal much of where we are headed: more of the same or mass catalyst toward evolution.