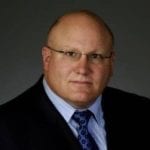 He will be a senior vice president based in the firm’s Denver office.

Over the past 25 years, Skubis has delivered hospitality deals to clients in 49 states representing 21 different brands. He is an active hospitality investment adviser and hotel site developer for clients and associates. He has either sold, developed, franchised, and/or financed or found the land for approximately 260 hotels across the United States.

Prior to joining the company, Skubis served as senior director of the national hospitality group at Marcus & Millichap and concurrently as a principal and development partner with First Principle Hotel Group. Previously, he worked with IHG, JLL, US Franchise Systems, The Wilder Group and Wyndham.