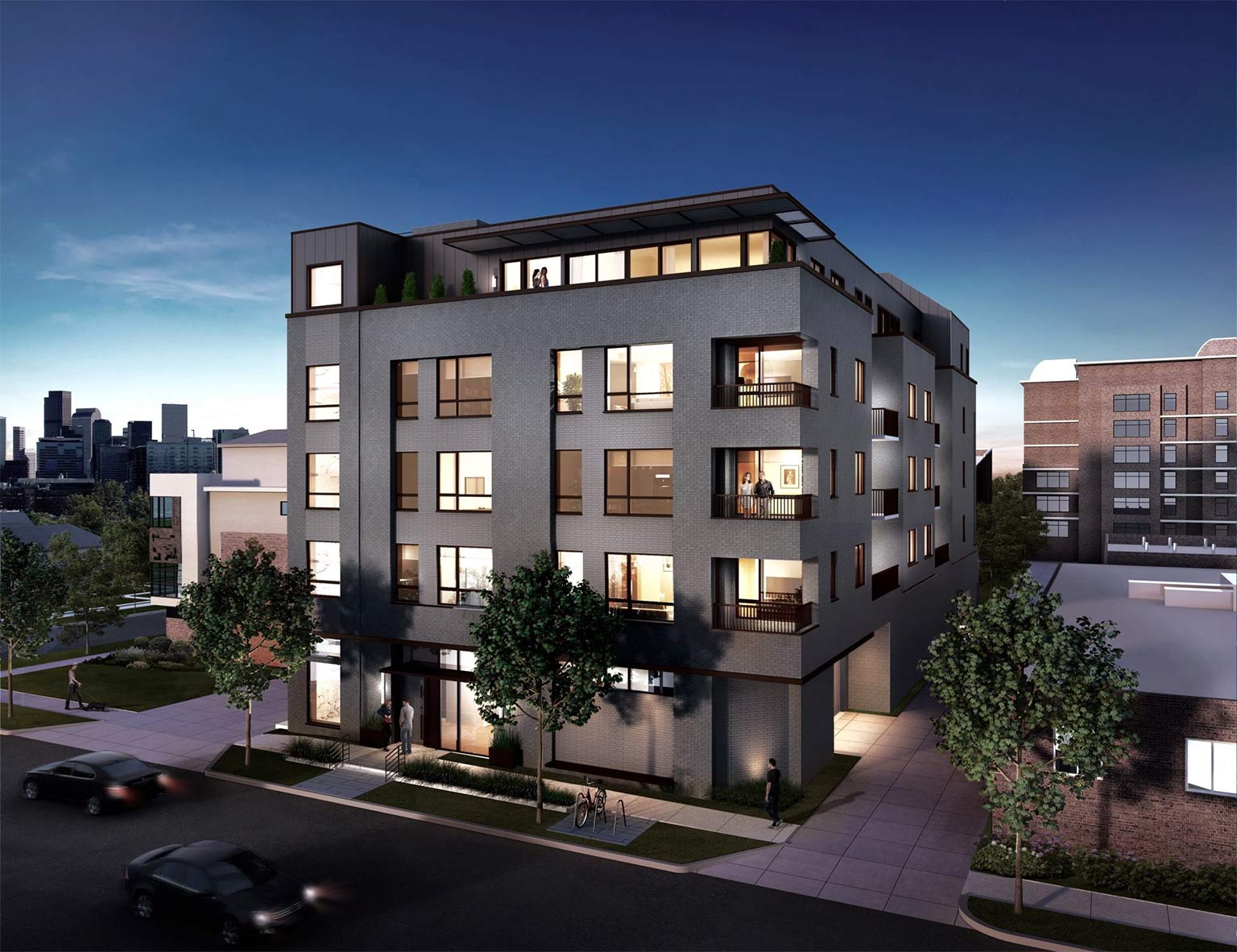 A rendering of the Ivy condo building in LoHi. It is being developed by Elevation Capital Partners and designed by Craine Architecture

Condo fever is sweeping the Denver area market in the wake of legislators addressing the construction defect issue almost a year ago.

JK – just kidding, as my daughter used to say when she was in elementary school.

Last year and in 2016, condo construction represented a mere 6.7 percent of the residential homebuilding activity in the Denver area, according to John Covert, regional director of MetroStudy, a Hanley Wood company that tracks real estate data in Denver and across the nation.

At the end of 2007, condos accounted for 26 percent of the homes built in the metro area, Covert noted. 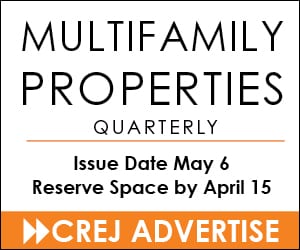 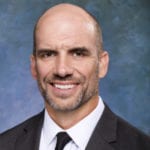 “I don’t see anything appreciably different this year,” Covert said.

He noted that relatively large condo developments such as the Coloradan and Lakehouse have accounted for a lion’s share of the number of condo units under construction. And before that there was 250 Columbine in Cherry Creek North.

And although here has been talk of the possibility of a large condo development in downtown, “Nothing has materialized yet,” Covert pointed out. Rather than the big condo communities that “could move the needle” as far as making condos a bigger part of the housing mix, much of the next wave of condo construction will be boutique, infill buildings in trendy Denver neighborhoods, he said.

“We are seeing more of these smaller, boutique condo projects pop up through the city,” Covert said. “They are sort of a re-adaptive/re-use of infill sites. I think we are going to see more of these, especially in highly desirable neighborhoods and near light-rail stations.”

The latest condo building to fit the bill of this new breed of buildings is the Ivy in LoHi.

Denver-based Elevation Capital Partners plans to begin construction of the 26-unit, five-story condo building at 1809 W. 33rd Ave. in May. Presales kick off in March. 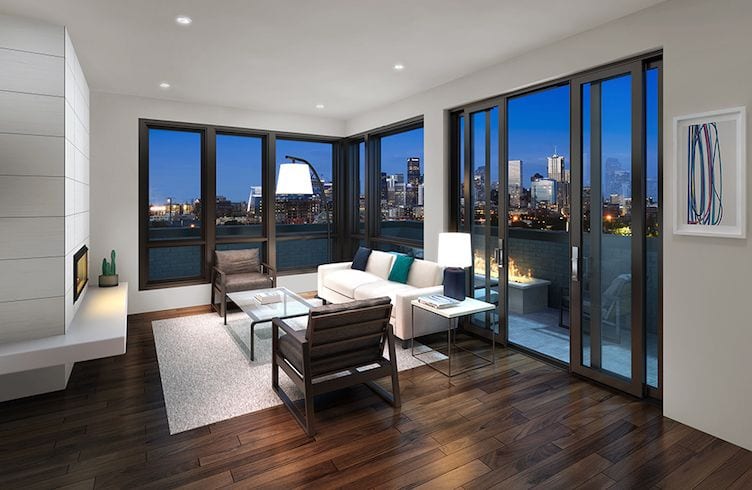 A rendering of what a south penthouse unit at Ivy could look like. Amanda Fairbairn of Studio Zinyo is designing the interiors at Ivy.

Elevation planned to build a condo building on the site even before legislators passed a construction defect reform bill 10 months ago, said Bryan Fitzgerald, principal of ECP.

“We were planning this as a condo building from the beginning, in part as a response to the luxury apartment market,” which has been the dominant residential class during the most recent real estate cycle, he noted.

“It just kind of happened the legislation passed while we were putting together the Ivy deal,” he added.

“As far as the legislation, I do not think it is a foolproof safeguard as far as preventing frivolous lawsuits, but it is a step in the right direction,” Fitzgerald said. 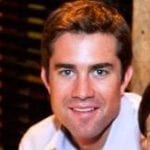 Some of the buyers at the Ivy are almost certainly going to be people renting nearby, luxury apartment units, said Taylor Lawton, a broker with PorchLight Real Estate Group, who is marketing the units. Units are priced from the low $300,000s to $750,000.

Units will range in size from 470 sf to 1,240 sf, according to the Ivy’s website. Penthouse units can be combined.

The monthly mortgage payment for many units at the Ivy will be the same or less than people would pay for a nearby apartment unit, he said.

“Part of our hypothesis is there will be strong demand from people renting luxury apartments,” Lawton said. “As far as your monthly payment, it might be a wash or even slightly less than renting an apartment,” once a buyer puts down a down payment, he said.

Days after the Ivy announced last month, Lawton put together an “interest” list of more than 40 prospective buyers.

“This will crush it,” Chris Frampton, managing partner of East West Partners, posted on Lawton’s Facebook page unveiling the Ivy.

In addition to millennials and young professionals working downtown, there also has been interest from empty nesters and couples with double incomes and no kids.

“I know people who have sold single-family homes in Hilltop to move to LoHi to be able to walk to all of its great restaurants,” Lawton said. “We don’t think we are going to get many buyers with kids. We’re really not targeting them.” 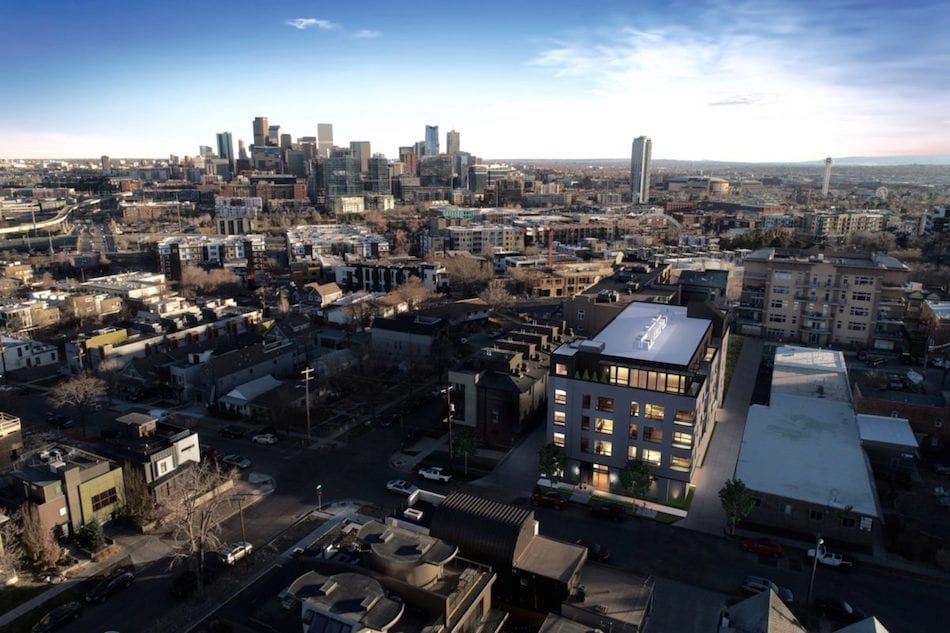 This aerial rendering of the Ivy puts the boutique condo community in geographic perspective.

The Ivy site has a Walk Score and a Bike Score of 86.

Units in the Ivy will be more affordable than many of the luxury condos that have been recently built or are under construction in Denver.

Fitzgerald anticipates the HOA fees will be about 30 cents per square foot, a fraction of the fees charged by many of the newer condo developments.

“We are able to keep our fees low because we are not going to have a lot of amenities,” Fitzgerald said. “If you want to join a health club, for example, there is one around the corner. For the Ivy, the neighborhood is the amenity.”

The Ivy will serve as a template for future condo buildings in Denver by ECP. 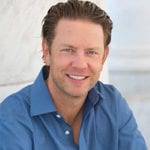 “We would like to do one or two buildings a year,” Fitzgerald said. “We would be interested in any of Denver’s central neighborhoods. The hardest part is finding a site. It needs to have the zoning for the needed height and can’t be so big that it would make more sense for a large apartment or condo project.”

Ivy is being designed by Craine Architecture and will be built by Hyder Construction. Amanda Fairbairn with Studio Zinyo has been hired to design the interiors.

Fitzgerald has chosen the lender yet, which will be a local bank. He does not need to sell 50 percent of the units in order construction, as often was the case in years past.

Previously, ECP developed the 45,000-sf One Central Park, the first stand-alone office building in Northfield Stapleton. It also has developed apartments in joint ventures and has renovated older apartment buildings.

“Ivy is our first condo project,” Fitzgerald said. “But not many condo projects have been built in Denver in the last few years, so going forward, many of the condo projects being built will the first for the developers.”