The Denver Post, which celebrated its 125th birthday on Tuesday, plans to vacate its building at 101 W. Colfax Ave.

The Denver Post celebrated its 125th birthday on Tuesday.

“We’re proud of our history and our accomplishments over the past 125 years,” Mac Tully, president and CEO of the Denver Post wrote in a missive published in a special wrap-around section of the newspaper that included a copy of the first edition of the paper, which cost 1 cent, the equivalent of 26 cents today, adjusted for inflation.

The first edition of the paper, then called the Evening Post, even had a real estate article. 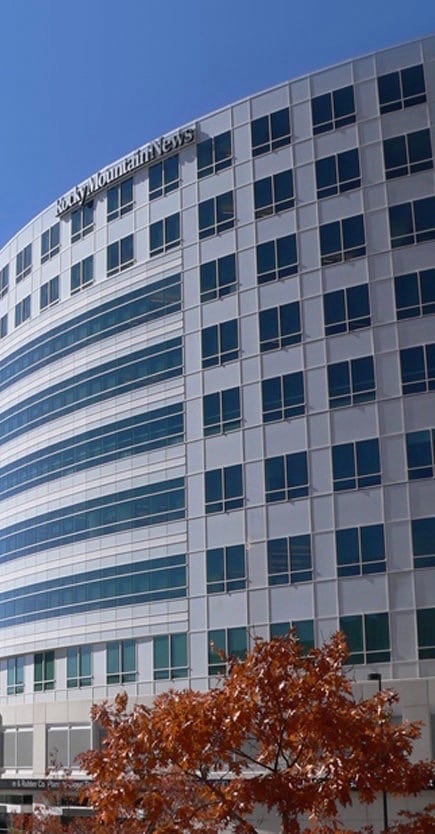 “Yes, sir,” said Mr. Sackett, manager of the Alhambra, to a reporter for THE EVENING POST, “we are going to have the finest vaudeville palace west of New York City. More than that it is going to be eminently respectable and the most fastidious person need have no conscientious scruples in witnessing a performance in our home.”

The scribe next pointed out that the “genial manager then offered the reporter a cigar and showed him through the magnificent structure.”

While Tully’s ode to the Post wasn’t as nearly as charming as the reporter’s take on a building (which, by the way, did not include an address), he understandably left something out. The Denver Post will not be a major presence in downtown when its 126th birthday rolls around.

As the Denver Post reported earlier this year, it plans to move most, if not all, of its reporting and advertising staff to Adams County.

Indeed, the city of Denver plans to sublease two floors in the Denver Post building at 101 W. Colfax Ave. at a total cost of $21.7 million.

The city plans to take a total of 92,328 square feet in the building for 87 months. The aggregate rent comes to $32.42 per sf. That is a gross rent and not a triple-net lease that would include real estate taxes, building insurance and maintenance fees The city, of course, doesn’t pay real estate taxes. If you exclude property taxes, the city is probably paying between $20 to $24 per sf on a triple-net basis, real estate experts estimate.

If you include the Rocky Mountain News, which used to share space in the building with the Denver Post until the News lost the newspaper war in Denver and closed its doors in February 2009, next year could be the first time in almost 160 years that there hasn’t been a newspaper headquartered in downtown Denver. The Rocky Mountain News, where I used to be the real estate editor, was founded in 1859.

“It is the perfect location for the two newspapers,” John Huggins, who was then the city’s economic development director, told me in April 2004, when the land was assembled for the new building.

“The Fourth Estate will have a seat at the civic table,” Huggins added.

The land was assembled by Bill Mosher, then principal of Sullivan Development Partners and now a senior managing partner at Trammell Crow Co. 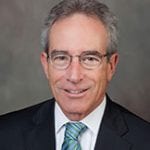 Bill Mosher assembled the land for the Denver Post building.

The land had been owned by the Hallack Family Trust, the Buell Foundation and the Blecker Family Trust.

“This is a great long-term home for the newspapers,” Mosher told me in 2004, words that seem somewhat ironic today.

“It is interesting when we were looking for a site and we were considering existing buildings, the idea of building a new building between the Capitol and the city hall building was considered, sending a message that the newspapers were really in the middle of the action,” Mosher told me recently.

The planned move of the Denver Post to its printing press site on Washington Street late this year or in early 2018 “is a sign of the times,” Mosher said.

“You just don’t have as many reporters roaming the streets as you used to,” he said.

He experiences that firsthand. Typically, when he is being interviewed these days, reporters seek comments by sending him emails or text messages.

“There is less and less of going out to lunch with reporters, like, frankly, it is with just about everybody,” Mosher said. “I think the face-to-face connections aren’t as important, so I don’t think it matters to the press as much to have the kind of access” the Denver Newspaper Agency wanted when when choosing the site.

One thing that I know that even surprised many people who used to work at the Rocky Mountain News is that neither of the papers, nor the DNA, which used to handle the business side of both papers, ever owned the building.

The building used to have a synthetic lease, which is a financing structure in which the building was owned by Atlanta-based SunTrust Equity Funding and backed by a long-term lease agreement from the DNA.

“Synthetic leases kind of got a bad name thanks to Enron and the Great Recession,” Mosher noted, as they were seen as a way of hiding debt obligations that couldn’t be repaid in a declining market.

Records indicate the building was purchased for $89 million in October 2006 by C0-Newspaper LLC, based in Charlotte, North Carolina.

The group then quickly flipped it to Kayan LLC for $93 million.

Kayan, which still owns the building, was created by American Properties Inc. (Interestingly, the ownership group, on its website, says it acquired the building from Wachovia Development Co. At one point, SunTrust and Wachovia were going to merge, although the deal was never consummated.)

American Properties Inc., or API,  itself is an interesting group.

The New York City based, privately held company is headed by Marwan Dalloul, who was born in Paris and started his real estate career in 1998 by working for the Abu Dhabi Investment Authority. 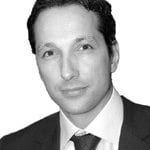 Marwan Dalloul is the president of the company that owns the Denver Post building.

A year later, he joined API, which acquires, manages and develops properties across the U.S., Europe and the Middle East.

Dalloul also is a managing partner at the Dalfa Group, a global investment firm, and Eat and Go Nigeria, a food and beverage company that holds the global franchises for Domino’s Pizza and Coldstone Creamery for Nigeria and other African counties.

This is how Dalfa describes the Denver Post building on its website: “The downtown Denver property sits at 101 W. Colfax Ave. and is fully occupied by the Denver Newspaper Agency, which publishes The Denver Post and Rocky Mountain News. Built in 2006, the Property is a state-of-the-art, 11-story, 320,000 sq. ft. class “A” office building overlooking the Civic Center, City Hall, and the State Capitol. The Property includes 626 structured parking spaces and all the components expected of a class “A” building in a major market central business district. The Denver News Agency Building features a diverse package of amenities that are unparalleled in the market.”

The photo of the building on its website still shows the Rocky Mountain sign, which cracks me up.

Soon after the Denver Post announced it would leave its downtown headquarters, I sent an email to Dalloul.

Among the questions I asked him were:

I’m still waiting to hear back.

The one thing I didn’t ask him is if he planned to send flowers or chocolates —or maybe Domino’s Pizza and Coldstone Creamery ice cream —to the Denver Post in honor of its 125th birthday.

I just figured he wouldn’t be sending any gift baskets with the Denver Post’s storied past drawing to a close as a major presence in downtown.