Gleam is one of the greenest car washes in the U.S.

“Greenwashing” is defined as fake news that exaggerates environmental claims.

There is plenty of washing going on at Gleam, but there is no greenwashing in what may be the most environmentally friendly car wash in the nation.

I told Emilie Baratta that I noticed a press release states that Gleam is the greenest car wash in Colorado.

Before I could finish my question, Baratta, who co-owns the first of what she expects to be several Gleam car washes in the Denver area, qualified the claim.

“We think it is the greenest in Colorado,” Baratta, who owns Gleam at 4895 W. 38th Ave. in the Berkeley neighborhood, with Rob Madrid, told me.

However, I wasn’t questioning whether Gleam is the greenest car wash in Colorado.

Rather, I was wondering if it is the greenest car wash in the U.S.

Gleam is one of the greenest car washes in the U.S.

“Through your research, have you been able to find a greener car wash anywhere in the country?” I rephrased my question, like a modern day Perry Mason.

“No,” replied Baratta, founder and principal of Turnbuckle Development.

“We have heard there is one car wash in the Northeast that is LEED-certified, but we don’t know of any car wash that is doing everything we are doing,” Baratta told me.

And the green and sustainable features at Gleam are pretty impressive.

Gleam, for example, uses fewer than 15 gallons of potable (drinkable) water per car.

That is less water than most people use while taking a shower.

And unlike most people showering, Gleam doesn’t use any hot water when washing cars, so energy isn’t spent heating the water.

The average family of four in the U.S. uses 400 gallons of water daily, which is enough to wash about 27 cars at Gleam.

Since it opened last August, Gleam has averaged about 300 cars per day. After a snowstorm, when cars are covered with grime and dirt, they’ve handled 1,000 cars in a day. 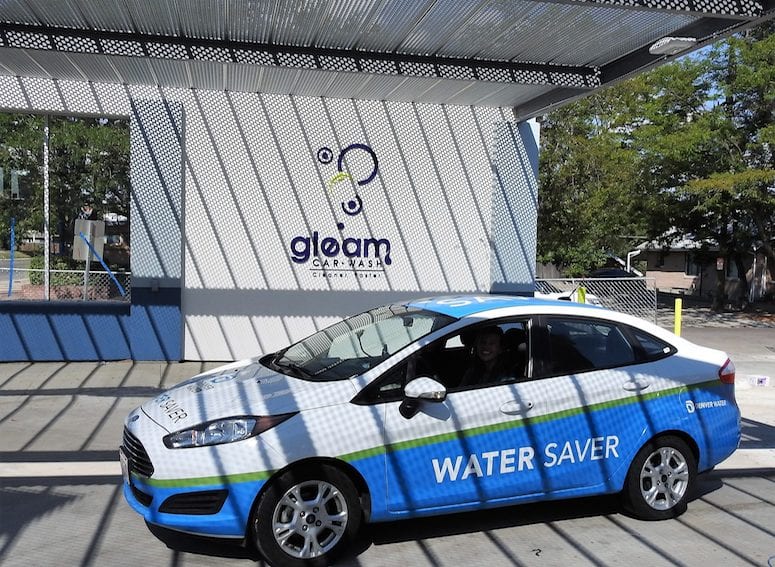 Denver Water lauds Gleam for its minimal use of water.

(More than 1,100 people have bought memberships to Gleam, including a number of neighbors that initially protested it, fearing it would clog nearby streets).

Another way to look at it is that Gleam uses 85 percent less water than if you wash your car at home or at a spray wash.

Gleam, in fact, is a mini-water treatment plant and Denver Water’s Car Wash of Choice.

How it does it is an engineering marvel.

Water in the car wash tunnel drains under the wash and is filtered using four 1,500 gallon tanks and other water treatment measures.

“By the time we reuse the water, particles are no larger than five microns,” according to Baratta.

Saving water is not the only sustainable feature at Gleam.

Gleam has 41 kilowatts of solar panels on its roof. 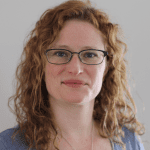 In addition, all 32 motors driving the equipment in Gleam are variable frequency drives, or VFDs.

A VFD can decrease energy usage by 20 percent. Many people may be surprised to learn that electric motors represent more than a third of the total electricity demand in the United States.

Immediately before she formed her own boutique real estate company, Turnbuckle Development, about four years ago, she was director of finance and development at Zocalo Community Development, which develops Gold and Platinum LEED apartment buildings in the Denver area.

“I am very passionate about sustainability,” Baratta said. 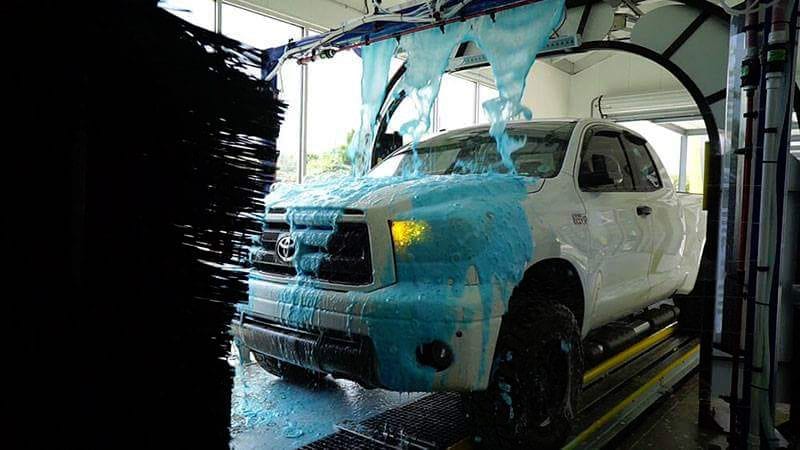 Gleam only uses about 15 gallons of water for each car.

In fact, during her career she has worked on the successful development of more than a million square feet of sustainable buildings in three states.

In addition to sustainability, she also prides herself on what she calls “social equity” at Gleam.

Gleam seeks to recruit, train and hire harder-to-employ individuals, such as individuals with cognitive impairments like autism, and refugees with limited or no English speaking skills.

People on “the autism scale,” often like jobs with repetitive motions, so working at a car wash is a good fit for them, she said.

Typically, car washes have turnover rates of 100 percent to 300 percent.

“We hope to have an annual employee turnover rate of less than 30 percent,” Baratta said.

“I think of Gleam as a microcosm of our national melting pot: we’ve created 45 jobs thus far, and we have employees of all ages, all races, all backgrounds.”

Rewards, both to her and the employees, transcend the financial.

“We had one young man who was essentially non-verbal, and within six weeks of working here, he was asking to learn how to make coffee,” Baratta recalled. 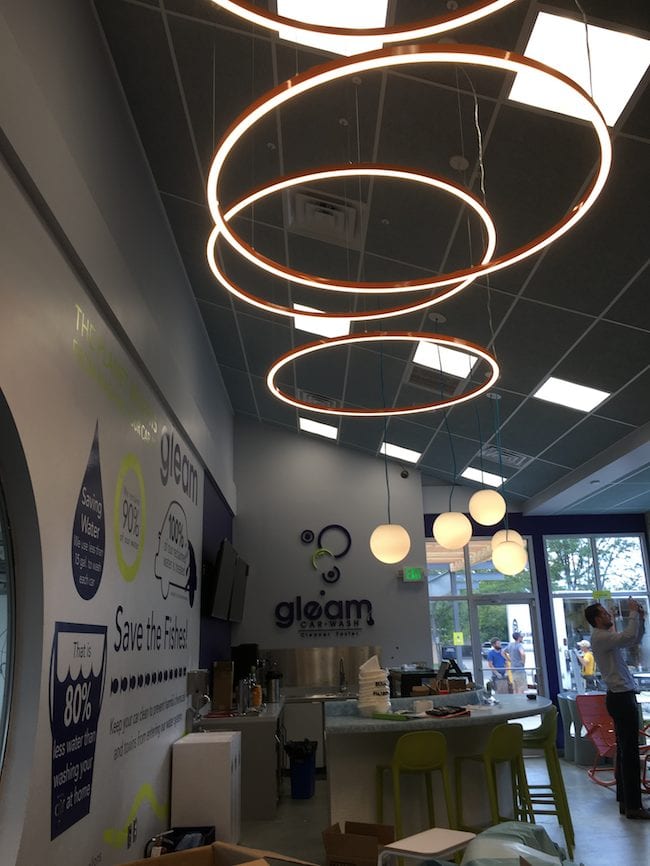 Shown is the interior of Gleam, with its LED lighting.

“That was a big deal for him and just so cool.”

Both Baratta and her partner, Madrid, live in Northwest Denver.

Baratta puts it this way: “Gleam is genuinely the product of two neighborhood entrepreneurs who want to make the world a better place while also creating a valuable business.”

It is important, she said, that she share the credit with Madrid.

“I could not have done Gleam without Rob – frankly, couldn’t have done it without a lot of amazing people.”

The Gleam interior includes a cafe.

But the Gleam investment has not been cheap.

They have about $5 million invested in Gleam, including the $2.3 million they paid for the land.

Despite her background in apartment development, Baratta quickly rejected that idea, although the land is zoned for a three-story commercial building.
“The property fronts along 38th Avenue, but we didn’t feel a midrise apartment building so close to a predominately single-family neighborhood was the best fit,” Baratta said.

“Also, to maximize the site for an apartment building would require underground parking, and you know how expensive that is. Plus, the water table is surprisingly high, so we could have had ongoing issues with that,” she said.

Before settling on a car wash, she also looked at various restaurant concepts for the site and a boutique, concierge-type medical practice building.

She currently is scouting other locations for future Gleam, with her partner, Madrid.

“We are looking at some sites in Lakewood, as well as on the southeast and near Aurora,” she said.

Eventually, she expects to have five to seven Gleam car washes in the Denver area.

In addition to more car washes, at Turnbuckle she also is looking at developing small medical office buildings and possibly some small condo projects.

Even the name Turnbuckle has a story behind it.

And after her husband, a lawyer, graduated from college, he started a small record label, which he also named Turnbuckle.

“That’s why we own the URL,” she explained.

“Turnbuckle turned out to be a fantastic name for a real estate development company,” Baratta said

“I’ve defined a turnbuckle as: a counter-threaded device used for its strength and durability in high-tension applications. Turnbuckles strengthen the whole by uniting opposing forces.”

That is what she is doing at Gleam – strengthening the whole by bringing opposing forces together.

Kids can learn about water conservation while watching cars being washed at Gleam.

The award recognizes those in the city who are really stepping up to create better neighborhoods, better communities and a better Denver through real estate.

Baratta was honored for her entrepreneurial spirit, her commitment to the environment and her efforts to make a difference with her real estate projects.

“Emilie embodies everything the Step UP awards stand for,” said Kim Duty, the 2017 CREW Denver president.

“As the founding principal of her own real estate development firm, she’s a role model to other women in commercial real estate. She’s also making a real difference in the community by investing in lives of her employees and our environment.”

“I love her story,” Duty continued. “She is passionate about what she is doing. It is a story that needs to be told.”