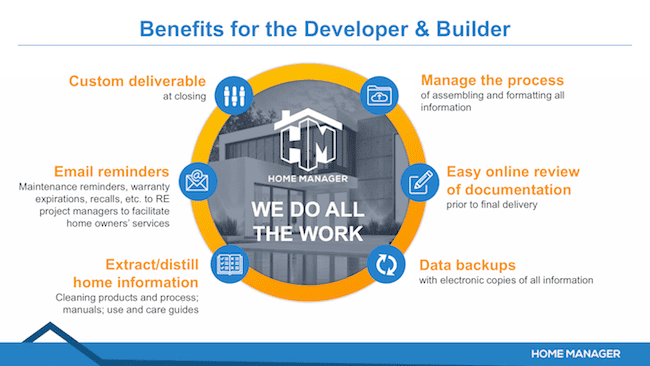 Home Manager, an app that replaces a three-ring binder with all of the information about your new home or condo, at first blush might seem like an unusual career segue for developer David Elowe.

After all, Elowe, as principal of Denver-based Urban West Group, developed the 11-story, 213-unit One Observatory Park apartment tower near the University of Denver, literally a groundbreaking development.

“It was the first privately financed, shovel-ready apartment development in Denver since 2011” when Urban broke ground in 2013 on One Observatory Park, said the 50-year-old Elowe.

Although it is hard to fathom today, a mere five years ago there was no appetite – or readily available money from private lenders – to tackle apartment buildings. Almost all of the construction at that time depended on government financing from agencies like HUD or Fannie Mae. 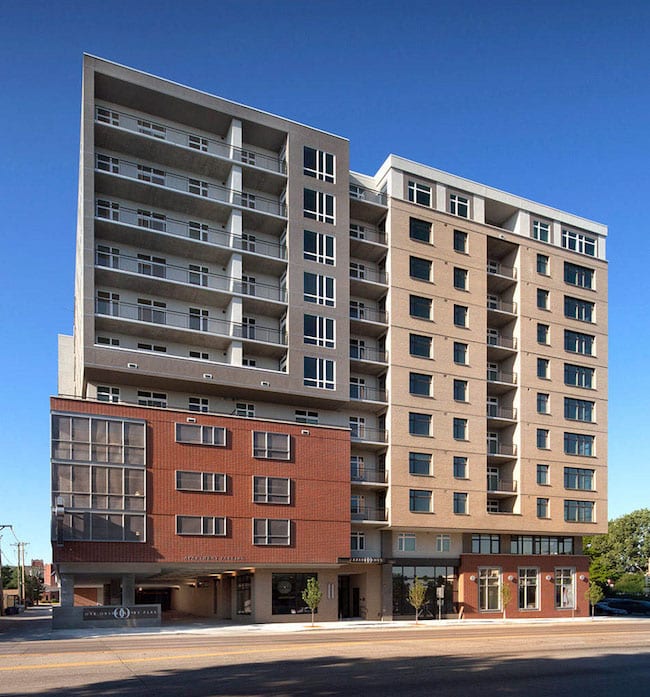 Developer David Elowe hit a home run with One Observatory Park near DU. Now, he is focusing on a new app, Home Manager.

Urban sold One Observatory Park in 2016 for $82.5 million. The sale provided a 26 percent internal rate of return to equity investors, including LaSalle Investment Management.

“It was a good investment,” said Elowe, who is still looking for development opportunities but noted he is a “very deep-value” developer and those kinds of deals are just about impossible to find in Denver’s hot market.

One Observatory Park was not Elowe’s first development. Elowe, a Chicago-area native, graduated from the University of Colorado with an undergraduate degree in economics and an MBA in finance. He joined Elkor Realty Corp. (now The Laramar Group) in 1992.

During the next seven years, Elowe was involved in more than $150 million of commercial development across the U.S. and across asset classes. In addition to multifamily, Elowe has been involved in everything from hotels to senior care facilities.

However, Elowe is not your typical developer.

Rather, he is a “serial entrepreneur.”

After leaving Elkor in 1999, he co-found Ocius, a cutting-edge electronic rent processing and utility expense management software program. Before selling his share of the operation in 2009, the company boasted more than 100 percent in annual growth in some years. Clients included many of the 100 largest apartment ownership and management companies in the U.S., including Equity Residential, Lincoln Property Management and the Laramar Group. 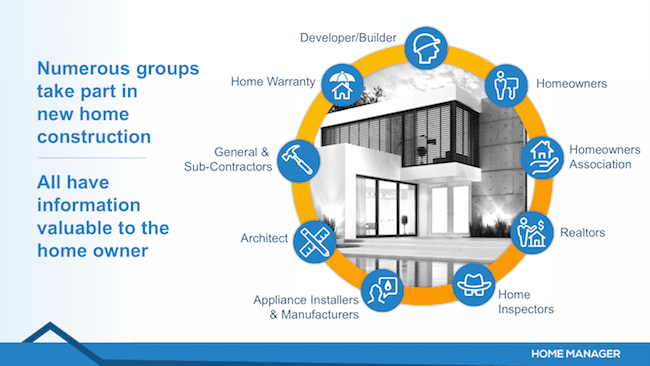 A snapshot of parties that could benefit from the Home Mangaer app.

Home Management represents a confluence of his smarts honed in the apartment development and management business and his technological savvy he learned from Ocius.

The lightbulb first went off on his head for what became the Home Management app when he struggled to manually reset a clock following a power outage in the steam shower in the home in Boulder that he had scraped to the foundation and rebuilt.

“I’m a pretty technological guy, but changing the clock was neither straightforward nor intuitive,” Elowe recalled.

Later, he stumbled upon an energy recovery ventilator, or ERV, in his home.

“In Boulder, they require a lot of insulation in the home and because the homes are so tightly constructed you have to have an ERV to bring clean air into your home from the outside,” Elowe explained.

He found out you are supposed to clean the filters in the ERV every six months, “or what you end up doing is bringing dirty air into a very tight house. I guaranty you, 99.9 percent of the homeowners in Boulder never clean the air filters in their ERVs. I lived in the home for 1.5 years before I discovered I had one!”

Elowe started thinking it would be nice to have an app that was easily searchable on your smart phone or iPad that could answer any questions about everything in your home, whether it be resetting a clock or sending you reminders that it is time to change your filters.

“This is the kind of stuff a developer might put in a three-ring binder that a homeowner never looks at, and if he does, it is hard to find exactly what you are looking for,” said Elowe, speaking from experience.

“It’s funny because the real problems typically aren’t with the high-tech, like coded door locks, but with the low-tech stuff,” Elowe added.

Some companies have tried putting the information on PDF files, “which is pretty cumbersome,” on UBS drives or as part of file-sharing programs.

“Frankly, those types of things have less value than three-ring binders,” Elowe said.

Home Manager was born in January 2016 and has been refined several times. It is now on version 3.

Initially, he has is targeting homebuilders and condo developers in Colorado and elsewhere in the U.S. 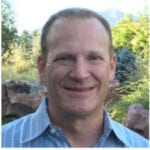 With construction defect legislative reform in Colorado, many of his initial clients are those building condo buildings in the Denver area. One client, for example, is Nava, which is building the 12-story Lakehouse condo tower across from Sloan’s Lake. Other early clients include: Element Properties, Generation Developments, Coburn, Meriwether Cos. and Brookfield Residential.

“The ideal time for us to get involved is before the construction starts,” Elowe said. “Once a home has become used, let’s say a couple of weeks post-closing, it becomes more difficult to assemble a complete set of information.”

While Home Manager has a nominal cost, as a developer, he knows it is important to get it as a line item as soon as possible.

“One of the great things about Home Manager is I hear “yes” a lot,” from builders, Elowe said. “As a developer, from the time you get up until you go to bed each night, you hear “no” and your job is to work around people who are turning you down.”

While he is targeting homes and condos initially, he said Home Manager would have value “for anything that has a toilet,” conceivably even RVs, and, of course, commercial buildings.

Not only is Home Manager valuable to homeowners, but also it probably will be even more valuable to the next owner of the home, who will be more likely to renovate the house, Elowe noted. On the commercial side, the same might hold true for the second owner of a restaurant. For example, the new owner could find Home Manager helpful if she was changing it from a noodles joint to a barbecue restaurant and wanted to make sure there were no surprises as far as the plumbing and electrical systems.

Also, Home Manager creates a lot of goodwill between the builder and the home buyer.

Elowe recently was describing the Home Manager app to a man in California who was building a multimillion-dollar custom home. 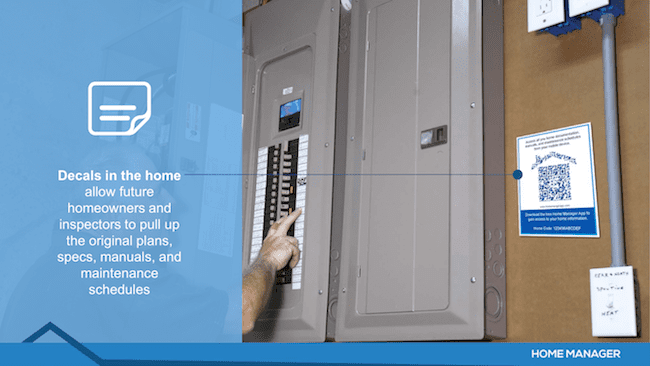 “You know, I kind of feel like I deserve something like that,” the buyer told Elowe, who suspected the man was spending in the neighborhood of $5 million on his new home.