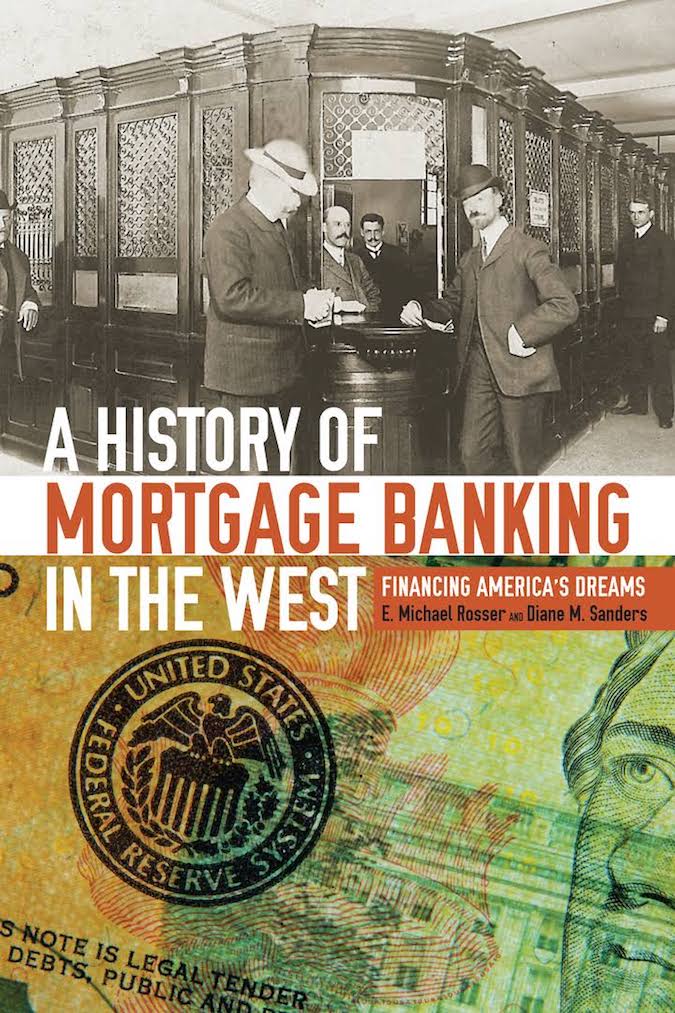 Mortgage bankers financed much of what is Denver.

Mortgage lenders, working with banks, insurance companies and government agencies, financed many commercial buildings and apartments in Denver and nationwide.

Veteran mortgage banker E. Michael Rosser chronicles the history of the mortgage industry in Denver and beyond in his new, 372-page book, “A History of Mortgage Banking in the West, Financing America’s Dream.”

Rosser, 73, spent 3 1/2 years researching and writing the book, which he co-authored with Diane M. Sanders.

“I did a lot of it on the weekends, like most authors do,” Rosser, who began his career in mortgage lending in Denver in 1965, told Rebchook Real Estate Corner.

In one small example of how he gets personal in his book, he recalled how young men used to go to the tea room in the Daniels & Fisher tower in downtown after getting their military physicals at the nearby Custom House

“Sadly, several of the men I took my draft physical with never returned from Vietnam,” Rosser writes in his book. 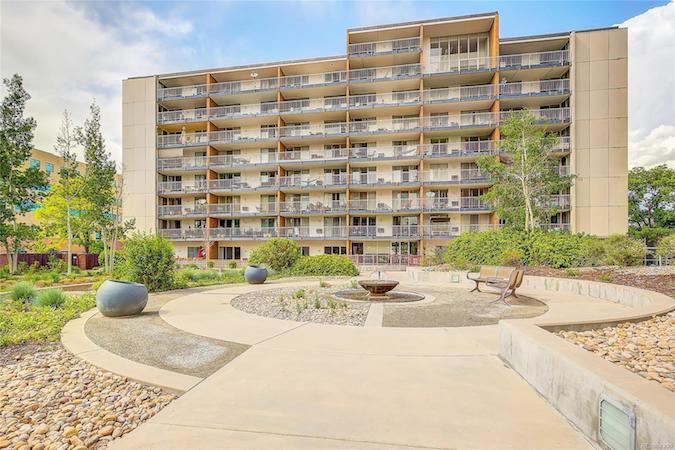 Michael Rosser was living a block from the Park Mayfair when the mortgage lender tore down the first three stories of the structure to make the building earthquake-proof.

Insurance companies, were, and continue to be, “the best mortgage holders because they possessed huge capital resources, and were patient investors,” Rosser noted in his book.

In some cases, insurance companies even used their “capital and expertise to salvage potentially disastrous projects,” he writes.

One “classic example” of that is the Park Mayfair apartment tower, according to Rosser.

In the 1960s, Rosser was living a block from the Park Mayfair, which was under construction at 955 Eudora St.

“When the building was three stories out of the ground, Denver began to experience earthquakes,” something that had been unheard of before. Later, it was determined the earthquakes were caused by drilling at the Rocky Mountain Arsenal. 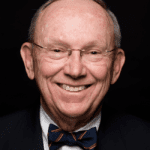 “Many cynical observers thought Pacific Life (the lender on the Park Mayfair) would walk away from the project,” Rosser wrote.

Instead, Pacific Life, based in Newport Beach, Calif., tore down the three stories and re-engineered the foundation to withstand earthquakes.

The book also touches on how Van Schaack & Co. worked with a consortium of bankers to provide a $2 million permanent mortgage loan to Dana Crawford in 1973 “that assured the longtime viability of Larimer Square.”

Recently, Larimer Square has been making headlines because of preliminary plans to add high-rise buildings to the historic landmark site. The redevelopment plans are currently on hold, as various people, including Crawford, assess options.

In addition to Larimer Square, the book touches on historic buildings in downtown that were saved, such as the Elephant Corral in Lower Downtown and the Equitable Building.

“The Elephant Corral provides a particularly unique case study,” Rosser writes. “Not only is it special because of the historic nature of the site, dating back to 1857, but it also demonstrates the continuing commitment to preserve the region’s heritage.”

While providing a mortgage loan for such a great asset like Larimer Square might seem like a no-brainer and a risk-free endeavor today, what many people may not know, Rosser points out, is that many similar loans in other cities made in the 1970s were not slam dunks at all but ended in foreclosure. 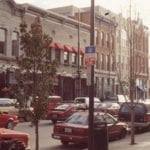 The mortgage financing for Larimer Square was considered a risky bet in the early 1970s, reports Michael Rosser. 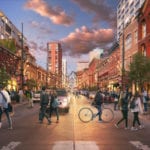 A prelimary plan to add new, tall buildings to Larimer Square has met with a great deal of opposition in Denver.

Indeed, Rosser is an expert on foreclosures.

A dozen years ago, Rosser served as chairman of the Colorado Foreclosure Task Force, at a time when Denver had one of the highest foreclosure rates in the nation. In the appendix, Rosser posted the press release that noted the newly created foreclosure hotline launched in 2006 received more than 4,500 calls in its first month.

The book also goes further back in history, chronicling how the American Loan and Realty Co., founded in 1901 in Five Points, financed loans for many in Denver’s African-American community.

“The collapse of the U.S. real estate market beginning in 2006 impacted every American … The goals of this book are to explain the reasons behind the economic disaster and also the important contributions the mortgage banking industry has made to the American public and the nation’s economy,” Rosser said in his book.

The book also delves into big topics like water, agriculture, the railroads and the government’s history in shaping mortgage banking.

“The reality is, most people know very little about how the West was financed,” Rosser told me.

Rosser estimates that half of his book deals in some way with apartments and commercial real estate.

“When you think of Fannie Mae and Freddie Mac, most people think of residential mortgages, but Fannie, especially, has been in the past and still is a huge player in financing apartment construction,” Rosser noted. 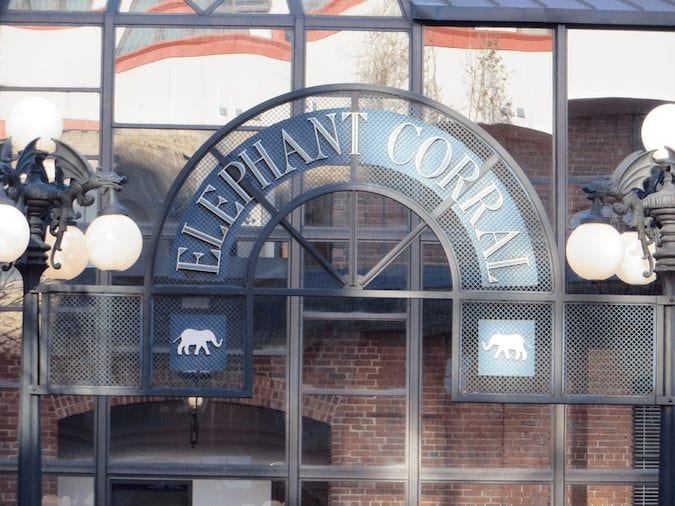 E. Michael Rosser discusses the mortgage history of the Elephant Corral building in his book.

Rosser only devotes one sentence to perhaps the most notorious lender in Denver’s history: the failed Silverado Savings and Loan Association.

“That’s because Silverado was a thrift and not a mortgage banking firm,” Rosser said.

Silverado cost taxpayers more than $1 billion when it failed after making poorly timed and poorly structured land and commercial development loans. Its failure made national news because Neil Bush, the son of then-President George H.W. Bush, sat on the board of Silverado.

Rosser, however, did tell me that the late Michael Wise, the CEO and president of Silverado, once approached him on a deal, which he declined to take.

“I felt like I needed to take a shower” after listening to Wise’s elevator pitch, he recalled.

I asked Rosser, who is a member of the Colorado Mortgage Lenders Association and the Mortgage Bankers Association of America, what can be done about Denver’s housing affordability crisis.

“Gosh, John, if I knew that answer to that, I would be calling you from my beachfront property in the Caribbean or my home in Aspen,” he replied.

I followed up with what he thinks of all the new developments in downtown.

“It is amazing,” Rosser said.

“But I think I am becoming like Gene Amole,” the late columnist at the Rocky Mountain News who not only vocally opposed development in downtown but also was a passionate critic of financing and building Denver International Airport.

“The truth is, Denver has become more than a regional center and now is a national center with the economy being fueled not only by technology but by finance, telecommunications and other industries.”

And Denver’s ups and downs, in a way, capture the essence of mortgage lending.

“The reality is that we are always going to have cycles in lending, business and real estate. When the economy is good, so will be the mortgage lending industry.”