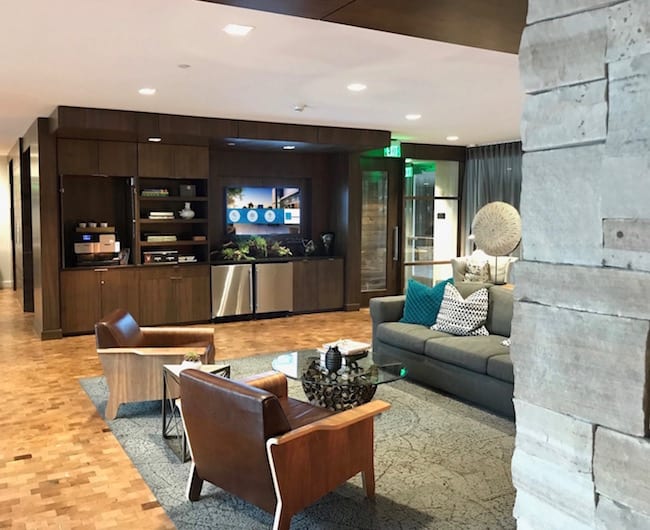 Pynwheel was born in the early days of the apartment building boom in Denver.

“Our timing was good,” said Jennifer Cyphers, founder and CEO of the Denver-based Pynwheel, a high-tech and intuitive touch screen that allows prospective renters and condo buyers to pinpoint their dream unit in a community.

Pynwheel was founded in 2012 and is headquartered in the RiNo area.

Since launching with little fanfare, the privately held Pynwheel has grown to 300 to 400 multifamily clients nationwide.

Interestingly, most of them are not in Denver, although one of them is the high-profile Lakehouse, the 12-story, 206-unit condo tower that recently broke ground  in Sloans Denver, on the former site of St. Anthony Hospital.

Other local Pynwheel clients include:

“I’m not really sure, but I would guess 5 percent to 10 percent” of the company’s business is in the Denver area, Cyphers recently estimated.

One reason she doesn’t have a larger local presence is because a number of her national clients, such as Gable Residential, Greystar and Lincoln Property Co., install the large-screen Pynwheel system into their communities across the country.

“Our focus on sales and marketing has been nationwide,” said Cyphers, who grew up in the Denver area and graduated from Cherry Creek High School.

“We have partnerships with companies like Gables, which has most of its properties outside of the Denver area,” she said.

However, Cyphers, 41, believes she can grow Pynwheel’s footprint in Denver dramatically.

“I think the multifamily market in Denver is great,” Cyphers said.

“When we launched in 2012, there were so many buildings going up, and a lot are still being built,” she said.

“There also are a lot of renovations and acquisitions,” she added.

That last point is important because new owners are often looking for better and cutting-edge ways to fill their buildings, she said.

And with so many buildings coming on line at the same time, a lot of buildings are in lease-up, she said.

“The lease-up period is a great opportunity for us,” Cyphers noted.

“Pynwheel creates a sense of urgency,” she continued. “Especially in a new building, with so many units being built, a lot of prospective renters might think there are plenty of units available and there is no hurry to make a decision.”

However, once prospective tenants start drilling down to the exact type of unit they want, they might find there are very few units available that meet their price and location targets, she noted.

After graduating from Lewis and Clark College in Portland, Oregon, Cypher returned to Denver and became involved in the multifamily industry on the marketing and technology side.

“I have a long history of doing sales and marketing of real estate on the supplier side and saw an opportunity to ameliorate the experience of prospective renters once they got on the property site,” she said.

“Once people got on the site, they were still experiencing the old brick-and-mortar way of promoting units.”

The Platform at Union Station is one of the apartment communities in Denver that uses Pynwheel.

By that she means that picking out a unit is similar to arriving at your hotel and the person at the front desk pulls out a map marked with a “you are here” X and draws a line to your room.

“We thought there was a way for a more enjoyable experience,” she said.

With Pynwheel, prospective customers can decide if they want to be near parking or have a more secluded unit near a lake, for example.

If they want two bedrooms, they can see how many are available that fit their criteria.

Pynwheel also easily calls up photos, renderings, floorplans and maps, typically generated by the community’s owner, although Pynwheel can provide those elements, as well.

“We have one really cool features that creates an online brochure” that is customized on the information that the prospective renter highlighted.

“You can hit a button and it is saved to a favorite page and that information is at your fingertips,” Cyphers said.

“A lot of our clients are replacing paper brochures with this,” she said.

The system also can be set up to integrate with other systems once people move in. For example, it can be used to send them alerts when they receive a package.

However, at Pynwheel, their mantra is simplicity.

“We don’t want to make things overcomplicated with too many bells and whistles,” she said.

It includes big buttons that are intuitive and fun to use, she said.

The most popular size screen is 55 inches and can be installed during construction or added later.

She said Pynwheel probably makes sense for communities with 80 or more units, although it can benefit smaller communities that haven’t yet been built, allowing people to visualize what they will be getting.

In the future, as consumers become more comfortable with the system, she thinks that community owners could save money by using Pynwheel instead of staff members. 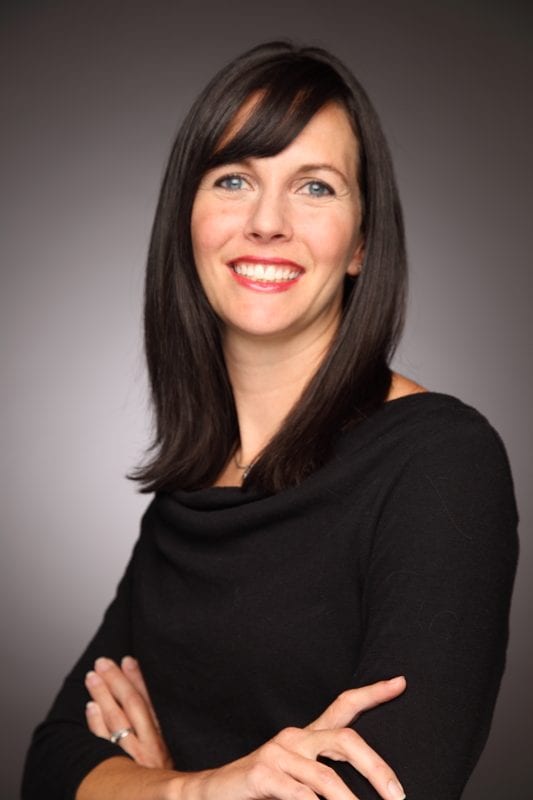 Jennifer Cyphers, the founder of Pynwheel

“I do not know if the industry is there yet, but it could minimize the need for you to have onsite staff,” she said.

For example, suppose the senior leasing professionals are touring the property with renters and the owner has hired people to chat with people who walked in until they can be helped.

“It would make much more sense for everyone just to have an easy-to-use touch screen to answer their questions,” Cyphers said.

“We were impressed with Jennifer’s ability to significantly grow Pynwheel’s revenue while operating her business lean and efficiently,” Molly Otter, chief investment officer at Lighter Capital, said at the time.

“Pynwheel is in a great position to grow and expand its customer base,” according to Otter. “They are in an attractive market and we’re excited to provide the growth capital they need to take their business to the next level.”

Cyphers said she chose the name “Pynwheel” for her company because “it is just so much fun. It represents a fun, interactive toy.”

And she also likes that a pinwheel in Chinese culture symbolizes progression and moving forward.

“I just love the name Pynwheel.”

If you scratch the surface of just about any deal, there is a story behind it. The Rebchook Real Estate Corner looks at the what and who that make the Colorado commercial real estate industry spin every Tuesday and Thursday online at CREJ.com. The people behind the deals are passionate about what they do, whether they focus on offices, apartments, industrial, retail, land or lending. They also are passionate about their clients. Given the cyclical nature of commercial real estate, those who prosper in it have plenty of stories to tell. I hope to share them with you.
Colorado Real Estate JournalCREJJohn RebchookMultifamilyMultifamilyNewsPynwheelReal Estate TechnologyRebchook Real Estate CornerTechnologyVideo