Mark Smith first laid eyes on what would become Riverfront Park as a child in the 1950s.

His father and grandfather both worked in the dairy equipment business and sometimes took him to the rail yards and gritty industrial wasteland in the Central Platte Valley behind Union Station.

“It smelled like a slaughterhouse,” recalled Smith, 67, a founder of East West Partners, developer of the storied Riverfront Park

Riverfront Park, which has garnered an international reputation, celebrates its 20thanniversary this year.

East West Partners already owned most of the land surrounding Union Station, although it didn’t develop all of the property itself, which also is true of Riverfront Park. 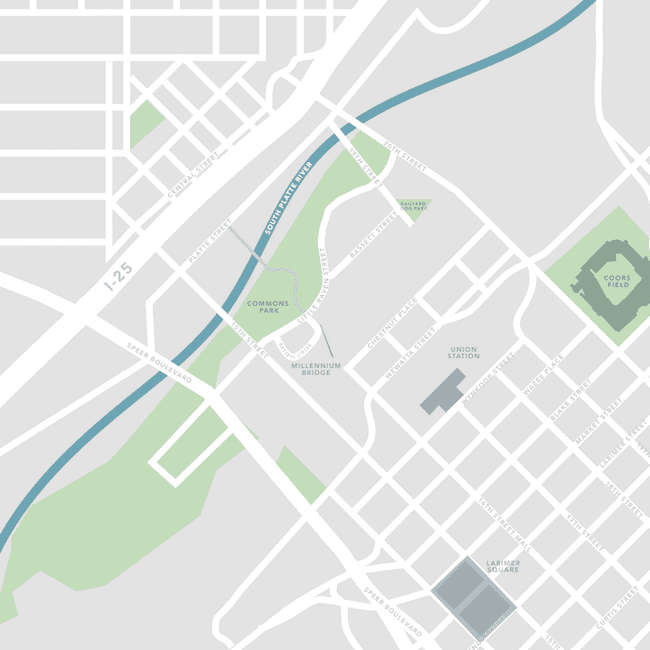 A city within a city

“Between Riverfront Park and Union Station we really built a city within a city,” Smith said.

Riverfront Park is a game changer for downtown Denver. 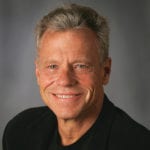 “The development of Riverfront Park completely changed how people live and move in downtown,” according to Amy Cara, managing partner at East West Partners.

“Today, downtown Denver’s residential population has tripled and then some,” Cara said.

Frampton has provided tours of the neighborhood to officials from Australia, Japan, Colombia and the United Kingdom. Officials from U.S. cities, big and small, continue to visit Riverfront Park to glean ideas of how a safe, clean and urban neighborhood can contribute to the health and vitality of a downtown.

Riverfront Park has had a bigger impact on Denver and its surrounding neighborhoods than many people realize.

And RiNo wouldn’t have taken off without the catalyst of Riverfront Park that also made LoHi one Denver’s most sought-after and expensive neighborhoods.

From the pedestrian-friendly Riverfront Park you can walk two blocks and be in Union Station and LoDo, while the pedestrian bridge across Interstate 25 takes you to LoHi, Frampton noted.

Even as a kid, despite the stench, Smith liked visiting the area that would become Riverfront Park.

Not that he saw the potential for a mixed-use neighborhood as a boy. Rather, he liked it because he was always treated with ice cream as a reward for tagging along with his father and grandfather.

Far sweeter, however, has been the success of Riverfront Park. 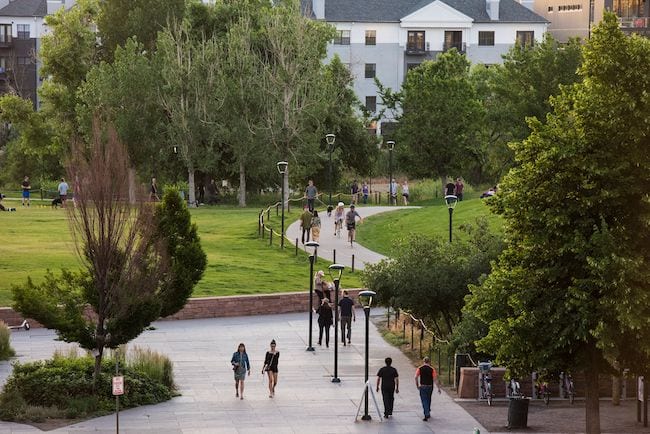 Turning the clock back to the late 1990s, Smith and his partner, Harry Frampton, had been hugely successful with real estate development in the Vail area.

“I told Harry I wanted to do something different and wanted to look for something in Denver,” Smith said.

Smith began poking around and was intrigued by the Central Platte Valley site with its abandoned rail lines.

“My whole premise was, ‘How do you create a sense of place?’” Smith said.

He wanted to make a statement like the buzz created by the opening of Tabor Center in 1984, which had been trumpeted as putting Denver on the map in its quest to become a 24-hour city.

“It was like, wow! Tabor Center was the hottest thing ever,” Smith remembered. 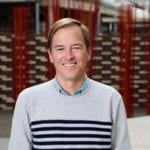 In 1991, Trillium Corp. purchased 68 acres in the Central Platte Valley for an estimated $50 million. Part of the land later became Elitch Gardens, after the amusement park outgrew its original home at Tennyson Street and West 38th Avenue.

Syre does deal with a handshake

Smith approached David Syre, the founder of Trillium, based in Bellingham, Washington, about buying  a key 23-acre portion that was bordered by the “natural boundaries” of Cherry Creek/Speer Boulevard, 20th Street and the Consolidated Main Line railroad tracks.

A lot of other developers had taken a shot at buying land from Syre but were shot down.

“I literally brought him a page-and-a-half letter of intent,” Smith said.

He did so without any financing or anchor tenants.

A typical developer would have presented Syre with a “376-page document” including an analysis of the environmental remediation cost, anchor tenants and financing, Smith said.

“That’s not how David worked,” Smith said. Rather, he was a “handshake guy,” like Smith himself.

Syre landed his corporate jet at the Eagle County Regional Airport and signed the skimpy letter of intent.

“He has his own flight attendant,” Smith said. “I remember thinking, ‘I could get used to traveling like this.’”

Syre primarily used the plane to fly to South America, where he owned hundreds of thousands of acres of timber. His South American holdings later drove Trillium into bankruptcy.

On Christmas Eve, 1998, Syre faxed the purchase agreement to Smith that said East West Partners would close the $25 million purchase deal on April 30, 1999.

At the time, East West had no financing. East West Partners later brought on Dallas-based Crescent Real Estate Equities Co. as an equity partner to finance the deal. 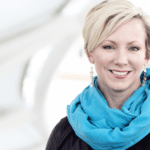 Most lenders wanted nothing to do with it.

“It’s hard to believe today, but back then lenders were really nervous about putting retail on the ground floor of residential buildings,” Cara said.

In the mid-2000s, East West Partners sold the 398 units in the Glass House as soon as they hit the market. The Glass House became the fastest-selling condo development in Denver’s history.

“That was huge,” Smith said. “That was a pivotal moment for us.” 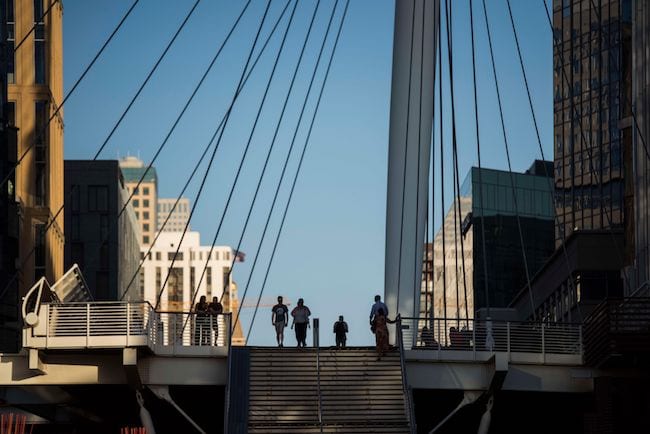 The Millenium Bridge is an iconic structure in Riverfront Park.

Cara noted that, with the Glass House, Riverfront Park increased the number of people living in the neighborhood by 60 or 70 percent.

However, not anything worked out the way it was planned.

Smith negotiated with developer Ross Perot Jr. for more than a year to bring the first W hotel to Denver in the Union Station area, but the deal never happened.

In the early days, Smith would gaze across Riverfront Park and imagine what it would look like.

Amazingly, the vision taking place in his mind is extremely close to what was built.

“We could have built a few buildings higher, and I thought we would have more condos and fewer apartment towers, but rental units could be financed,” Smith noted.

Condos, which are making a comeback,  fell out of favor because of construction defects litigation fears.

Smith always envisioned Riverfront Park as a safe, clean and vibrant neighborhood connected to downtown, but with its own sense of community and place.

“Today, Riverfront Park is pretty spot-on from my vision 20 years ago,” Smith said. 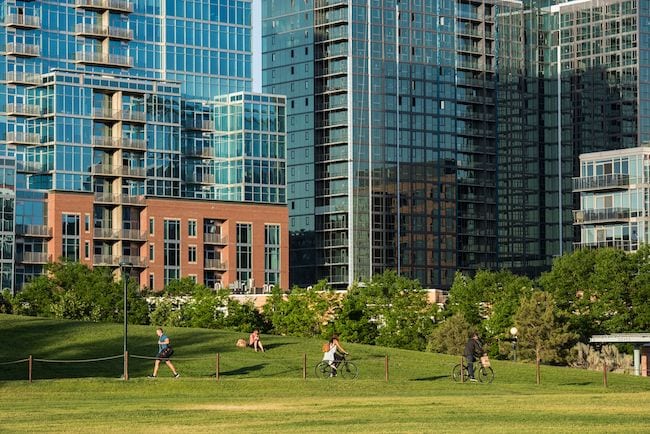 The 20-year-old Riverfront Park is a clean, safe neighborhood.