Koelbel Urban Homes is developing 14 high-end rownhomes on Vine Street that for half a century was the headquarters for Sewall. Buz Koelbel’s late mother was instrumental in the building of the Sewall facility on Vine.

Two days after Thanksgiving 2016, developer Walter “Buz” Koelbel’s sister told their 91-year-old mother, Gene, that the new headquarters for the Sewall Child Development Center would be named The Koelbel Building.

“My mom was mentally OK, but her body was failing her,” Koelbel recalled. “When my sister told her the Sewall board had voted to name the headquarters in honor of her family, she got a big smile on her face. Within two hours, she had passed away.” 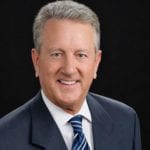 The Koelbel family has been involved in the Sewall Center longer than Koelbel & Co. has been around.

Koelbel & Co., one of the most prominent family owned development firms in Denver, was founded in 1952.

The Koelbel family began their support of Sewall in 1944. That was when Gene’s mother, Julie Norgren, and the Sewall Ladies Auxiliary would organize car rides for, and volunteer support for, patients at what was then called Sewall House.

“I remember when I was growing up, sometimes my mom would put us in the car and we would pick up the kids to take them to Sewall House,” Buz Koelbel said.

“Sewall has really been kind of a family legacy my entire life.”

Children of all abilities and learning styles, including those with special needs, learn and grow together at Sewall.

That helped fund what was then a state-of-the art Sewall facility at East 14thAvenue and Vine Street.

It opened in 1963 and remained the school’s home for 50 years. The Sewall Child Development Center is now headquartered at 940 Fillmore St. In 2014, Sewall paid $4.175 million to the Denver Waldorf School, which was moving, for the site and its 39,095-square foot building, according to public records. 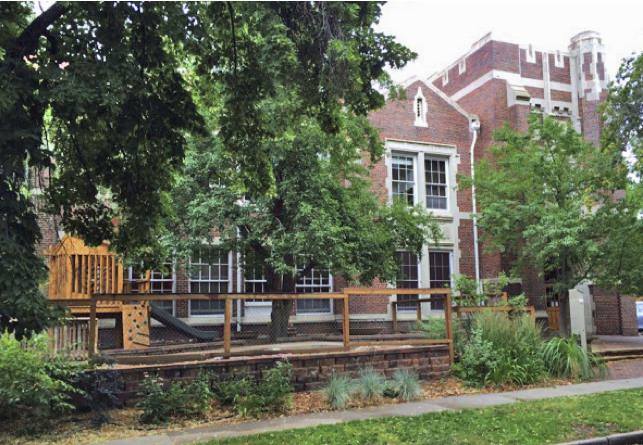 Buz used his real estate acumen to buy and develop the 30,000-sf site on Vine St. that Sewall vacated.

“I told them to get a third-party appraisal and I would pay the full appraisal amount for the site,” Koelbel said. “I didn’t want them to have to negotiate with someone over the property,” potentially getting less than the appraised value.

They ended up paying about $1.5 million for the site, according to Carl Koelbel, Buz’s son.

Today, Koelbel Urban Homes, the infill division of Koelbel & Co., is developing 14 townhomes on the site.

The site is too small for apartments.

“It’s a neat opportunity for us to impact the neighborhood in a positive way,” Carl Koelbel said.

“It kind of leaves an exclamation point at the end of our involvement in the property. Vine Rowhomes (as the development is called) will leave a positive impact to the urban fabric of the neighborhood.” 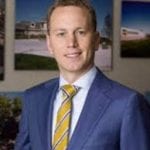 The Koelbel family was instrumental in the construction of the Sewall facility on the site more than 60 years ago.

“It’s really kind of coming full circle for us,” Buz Koelbel said. “It’s rare that a developer can be involved in the entire lifecycle of a building.”

Sewall is launching its “We Are All Better Together” campaign in honor of Gene Koelbel and other lifelong supporters of Sewall.

“Words by themselves cannot express our gratitude to the Koelbel family for the support they have provided over the years, which has, truth be told, been one of the primary drivers of our success,” said Sewall President and CEO Heidi Heissenbuttel.

“We are launching this campaign to extend the Koelbel family’s legacy of giving so that we can continue to create inclusive early childhood learning communities that allow all children to meaningfully belong and achieve their full potential.”

The fundraising campaign will kick off at the 17th annual Champions for Children Luncheon at 11:30 a.m. May 3 at Denver First Church.

The aim is to raise $8 million over the next five years.

The money will be used to upgrade facilities as well as expand programs and classrooms, and retain teachers and staff.

Since no child is turned away from Sewall for an inability to pay, these funds will ultimately go directly to serving children and families.

The effort is being led by campaign co-chairs Jonathan Lurie and Buz Koelbel, in addition to 12 campaign committee members.

The keynote speaker at the Champions for Children luncheon will be DaeSean Hamilton, wide receiver for the Denver Broncos. His older brother, Darius, has nonverbal autism. Hamilton has been an advocate throughout his life for his brother. 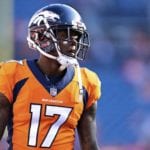 Hamilton became Darius’ primary caregiver at just 7 years old and, in addition to helping him with the daily tasks of life, was instrumental in teaching him life skills such as brushing his teeth, tying his shoes and riding a bike.

Their sibling bond has been chronicled on NFL 360 and is not an uncommon story for those families that are served by Sewall.

Giving back to the community

Supporting Sewall continues a long tradition of the Koelbel family giving back to the community, Buz Koelbel said.

“Now, the fourth generation of Koelbels are supporting Sewall.”