Watson thrilled with Balfour at Stapleton

Going forward, Brian Watson could envision someone buying a starter home in Stapleton, continuing to move up to a bigger and more expensive home, with the final stop in their lifelong real estate cycle at the just opened Balfour at Stapleton senior care center. 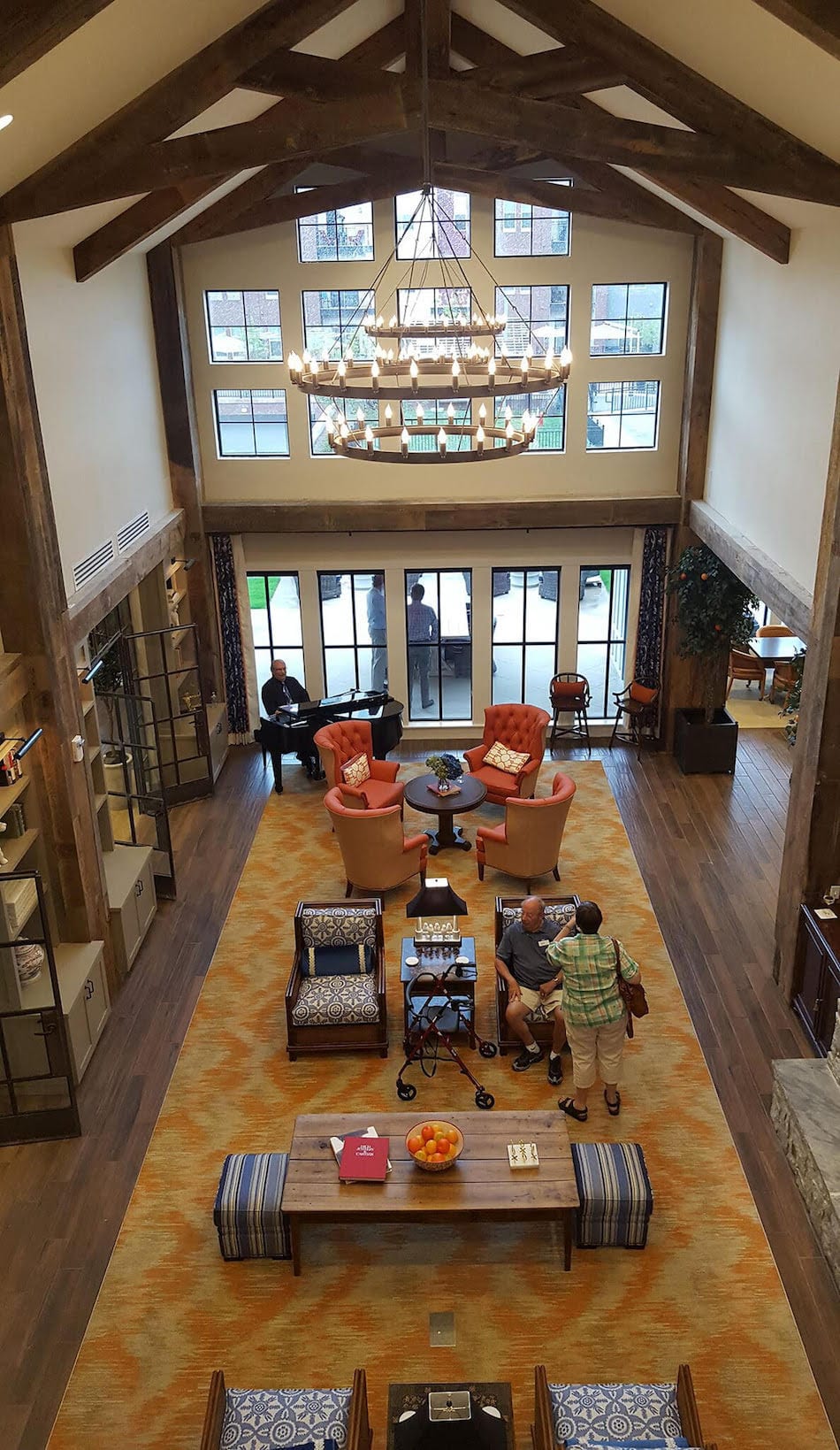 The Balfour Senior Living Center at Stapleton had a dramatic entry under the cathedral ceiling.

“When you think about building roots and community, when you are getting older and need assisted living care and maybe memory care, you are not going to want to be uprooted. And Stapleton is such a great location.”

This facility is the first senior center in Stapleton. The community will support residents who require assistance for day-to-day activities as well as individuals living with dementia and Alzheimer’s. The $30 million center employs between 40 and 50 full- and part-time people.

Demand from residents has exceeded expectations of the center, which will celebrate its official grand opening Sept. 21.

“I know we have some people from Stapleton and others from out of state who want to be near their children and grandchildren,” Watson said.

Since Watson founded the privately held Northstar in 2000, the company has been involved in hundreds of millions of dollars in commercial real estate deals. 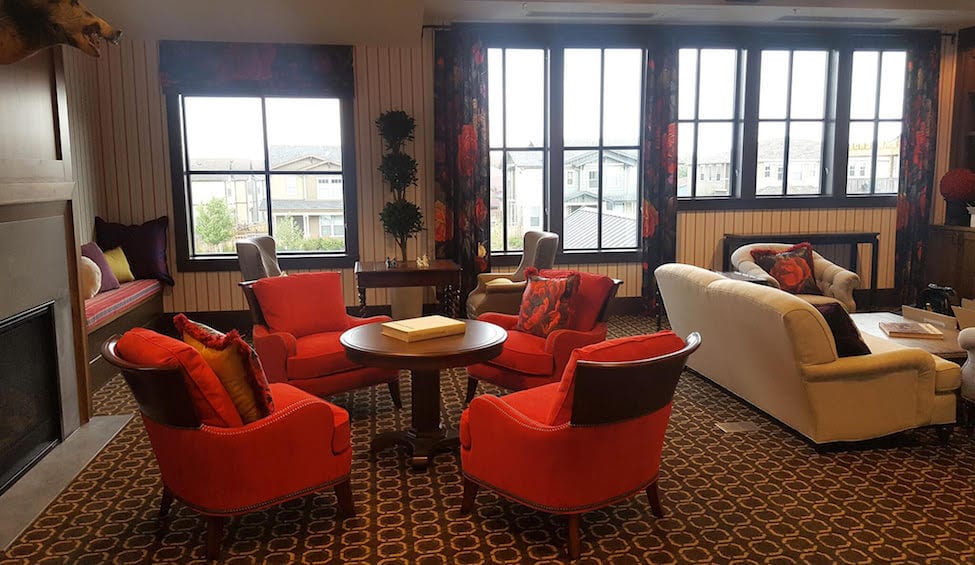 The Balfour Senior Care community is the first senior center in Stapleton.

“At Northstar, about 80 percent of what we still do is buying and improving distressed assets, and close to 20 percent is buying or building facilities for corporations,” Watson said.

Northstar now has assets in 15 states, including a handful of senior care facilities in three states that are either completed or under construction.

“This is the fourth one we have done” but the first in the Denver area, Watson said.

Watson met Michael Schonbrun, CEO and founder of Balfour Senior Living, and his wife, Susan Jeroe, about five years ago.

“I knew you were going to ask me how I met them, but I honestly can’t remember,” Watson told me Tuesday afternoon.

As they forged their relationship, they began to work on the Stapleton center about two years ago.

Relationships are so important to Watson that on Northstar’s website, there is a link for the company’s relationships.

“Michael had been head of National Jewish, and both he and his wife, Susan, are very involved in the community,” Watson said.

“I really enjoy being with Michael and we share the same kind of vision,” he added.

Northstar sometimes will take the lead in finding a development site and other times the client has a piece of dirt already identified.

For the Stapleton community, he said he and Schonbrun worked together to identify it.

“We started by doing market-wide research, but we quickly focused on Stapleton,” Watson said.

Not only did Stapleton make sense because it is such a desirable community, but also because it didn’t compete head-to-head with other Balfour communities.

Northstar owns the Stapleton center, while Balfour operates it.

“I truly think Balfour is one of the best operators of senior centers in the world,” Watson said. “I don’t know if you have been in their facility in Riverfront in downtown Denver, but it is absolutely beautiful.” 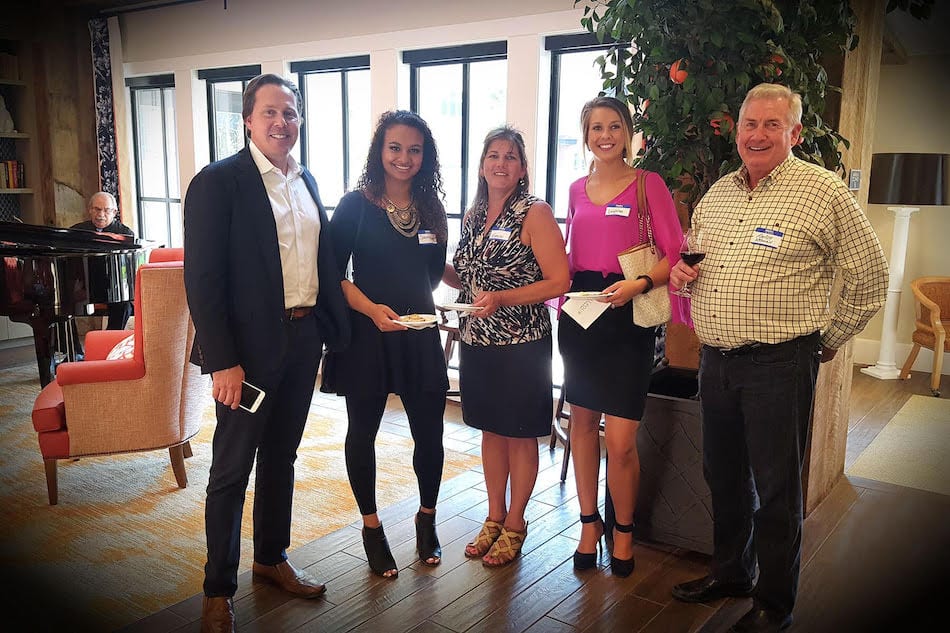 He doesn’t know how long Northstar will own the Stapleton center.

“We believe in the assisted living space asset class and we do not have any timetable as far as when we would dispose of it,” Watson said. “Of course, as with any holding, you always look at what makes the best investment sense.”

Going forward, he could see Northstar planting its development flag at other senior centers in the Denver area.

“We believe it is a great business to be in, given aging baby boomers,” Watson said.

“We are always looking for great land opportunities, so if anyone has a great site, we would love to look at it.”