Forest City developed Stapleton, one of the largest mixed-use redevelopments in the U.S. Forest City is being sold to Brookfield Asset Management.

Forest City has been a force in Denver for the past two decades.

In 1998, the city of Denver named Forest City, now a real estate investment trust, the master developer of the former Stapleton International Airport.

“Stapleton is one of the largest urban infill redevelopment projects in U.S. history,” crowed the Cleveland-based Forest City Realty Trust Inc. at an analyst presentation earlier this year.

Indeed, Forest City backed up its claim with a summary of completed development at Stapleton: 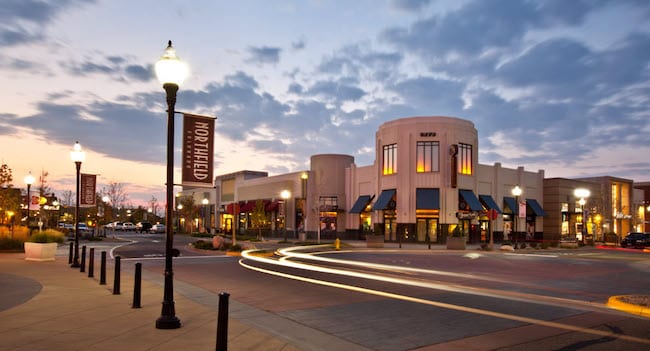 Northfield at Stapleton is a bustling retail destination. Forest City is being sold to Brookfield Asset Management for $11.4 billion.

At a separate investor conference this year, Forest City noted at full build-out Stapleton will encompass 4,700 acres, or 7.5 square miles, which, by the way, is about 52 percent the size of Manhattan.

“Stapleton is expected to be home to 30,000 residents and 35,000 workers when completed,” Forest City noted.

A Denver Post article recently noted that Forest City is wrapping up its residential lot sales to builders and has “shifted its focus entirely to commercial developments.”

But what the Post story didn’t mention is that most of the commercial development likely will not be completed by Forest City.

Although it has received little to no fanfare in Denver, Forest City is being sold.

In addition to Stapleton, Forest City owns 18,500 apartments and more than 10 million sf of office, retail and life-science space across the country. Forest City traces its roots to 1920, when it was started by members of the Cleveland-based Ratner family. 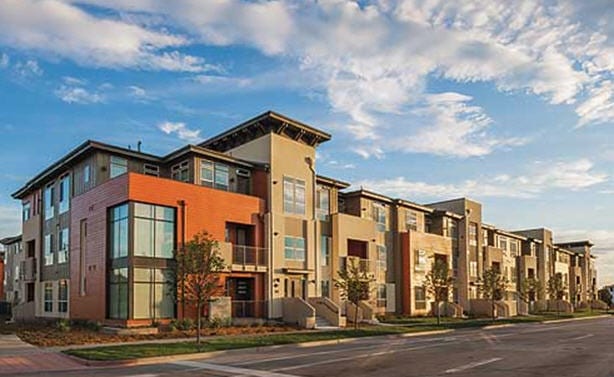 Shown is the Aster Town Center at the mixed-use Stapleton, developed by Forest City, which will soon be part of Brookfield’s real estate empire.

Many of the projects are “transit-oriented,” with mixed uses of apartments, retail and offices, which is “exactly our sweet spot,” Brian Kingston, chief executive of the Brookfield Property Group recently told the Wall Street Journal.

Of course, Toronto-based Brookfield, like Forest City, is no stranger to Denver.

Brookfield Asset Management is in the process of buying the two-thirds stake in mall giant GGP Inc. that it did not already own. GGP’s portfolio includes Park Meadows and Southwest Plaza.

Forest City is not only a force in Denver because of its size and for putting the redevelopment of Stapleton on the map but also for its early and continuing commitment to sustainability.

In 2006, when I was the real estate editor of the Rocky Mountain News, I moderated a panel discussion that included Jon Ratner, who then lived in Denver and was the sustainability czar for Forest City. 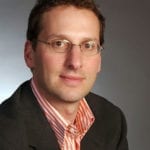 Ratner kicked off the conference with Bob Dylan’s gravelly voice spitting out the Joni Mitchell lyrics: “They paved paradise and put up a parking lot … Don’t it always seem to go, that you don’t know what you’ve got ’til it’s gone.”

As Dylan sang “Big Yellow Taxi,” Ratner showed a slide of a pristine mountain peak, sliced by giant evergreen trees and dissipating clouds with the word “Paradise” displayed on a large screen.

Ratner said that development does not have to be equated with sprawl, as many people think. Stapleton, for example, is the antithesis of sprawl in his book.

On the other hand, he confessed that many of the people in his Denver office at the time despised the song “Big Yellow Taxi” because they saw it as an antidevelopment anthem.

“But I love it,” Ratner told me a dozen years ago. “And Dylan is my favorite singer.”