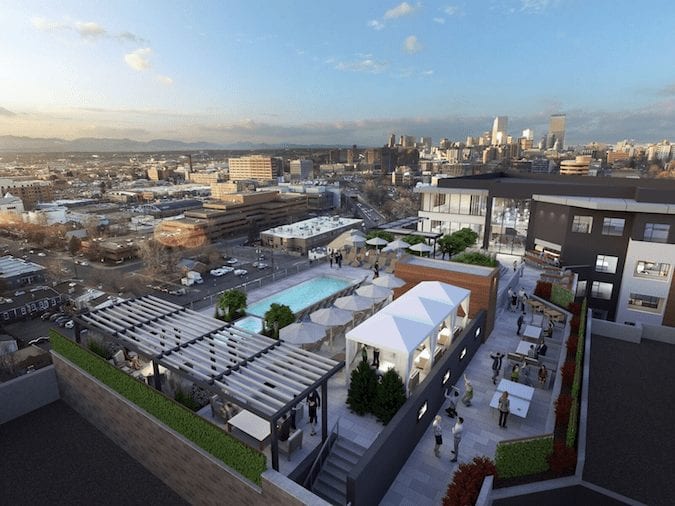 Shown is an aerial view of Modera Washington Park, which Mill Creek Residential is developing.

Mill Creek Residential is on a roll in Denver, with luxury apartment towers under construction at the edge of two ends of downtown.

I spoke to Brian Wynne, senior managing director of the Mountain States for Mill Creek Residential, a year ago for Rebchook Real Estate Corner.

At the time, he told me he was still bullish on Denver, but given all of the multifamily buildings springing up, he would be extremely selective in seeking sites going forward.

“Absolutely, that is still true,” Wynne said recently. “We review any potential sites very carefully. We only want very prime locations and have a very selective business model.” 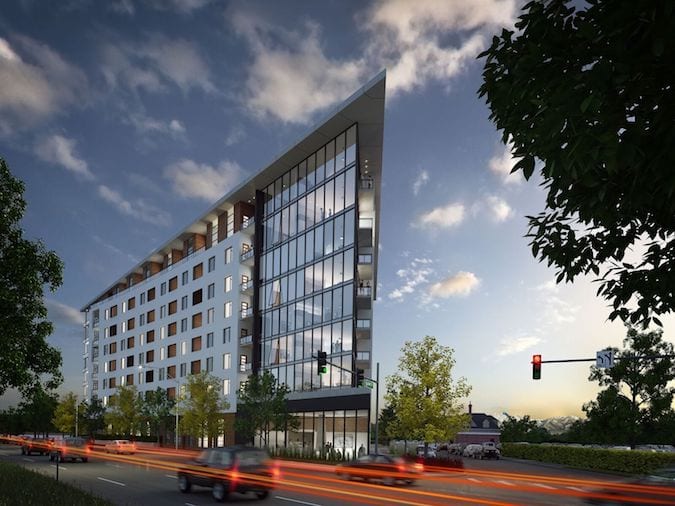 That is where Mill Creek is building the eight-story, 241-unit Modera West Wash Park. The striking building was designed by Denver-based Davis Partnership Architects.

He said Mill Creek last September paid $10 million for the site, which is just under 60,000 square feet. The seller was the non-profit Colorado Visiting Nurse Association.

“The Visiting Nurse Association had not yet put the land on the market. We learned about it through broker John Winsted, who has done quite a few deals for us. He introduced us to Chris Lee (the president and CEO of the CVNA), and he liked the idea of selling it and we did a deal.”

Winsted also represented Mill Creek in the recent sale of Modera Observatory Park to the Bascom Group, based in Irvine, Calif.

“That also was an off-market deal,” Wynne said. “We hadn’t listed Modera Observatory Park for sale.” 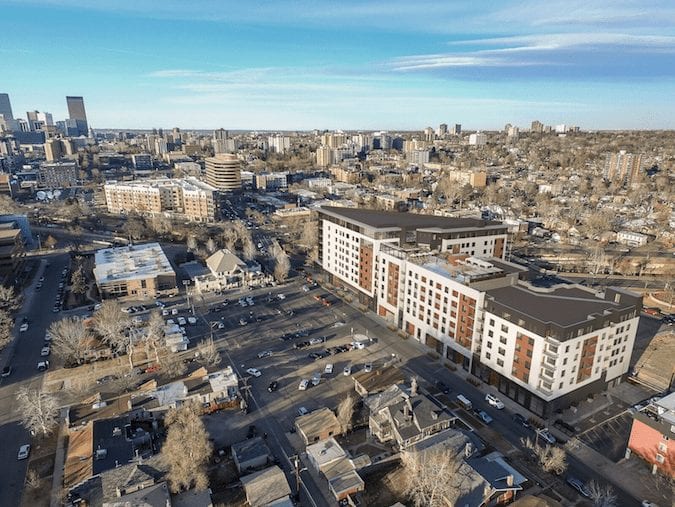 Another aerial view of Modera West Wash Park, which is under construction along Speer Boulevard and Fourth Avenue

Modera West Wash Park is expected to open in the second quarter of 2020.

“It’s a little bit early to say what our expected lease rates will be,” Wynne said. “But if you track that market between Cherry Creek and Country Club and the Golden Triangle, is a very tight market and we expect to get healthy rates. That whole area in the immediate vicinity south of Speer along that corridor is extremely supply constrained. It’s a very attractive to millennials and young professionals.”

The site boasts a Walk Score of 93 and Bike Score of 95 and is near the Cherry Creek path.

“You can also jump on I-70 quickly and head for the mountains and you are minutes from downtown,” Wynne said.

The site has more than 100 feet of frontage along Speer Boulevard, so it will have very high visibility, he said.

The building will include a 9,300-sf rooftop deck. The deck area will include a resort-style swimming pool, spa, cabana, an outdoor TV lounge, fire pits and grilling stations.

The site also will include a dog run. 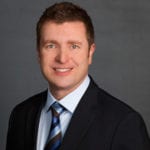 “We have a setback on the south site of our property for a sanitary sewer line that we can’t build on and so it is a great length for a dog park,” he said.

Since Wash Park is in its name, I checked how fast you can drive to Washington Park from the site.

MapQuest says it is an eight-minute drive.

“That sounds about right,” Wynne said. “Honestly, you could probably ride your bike to Washington Park faster than driving. It’s a fast bike ride. You could also jog there, but it’s probably a bit long to walk.”

Meanwhile, Mill Creek also owns slightly less than an acre behind the Ale House, formerly known as the Ale House at Amato’s, in Lower Highland. 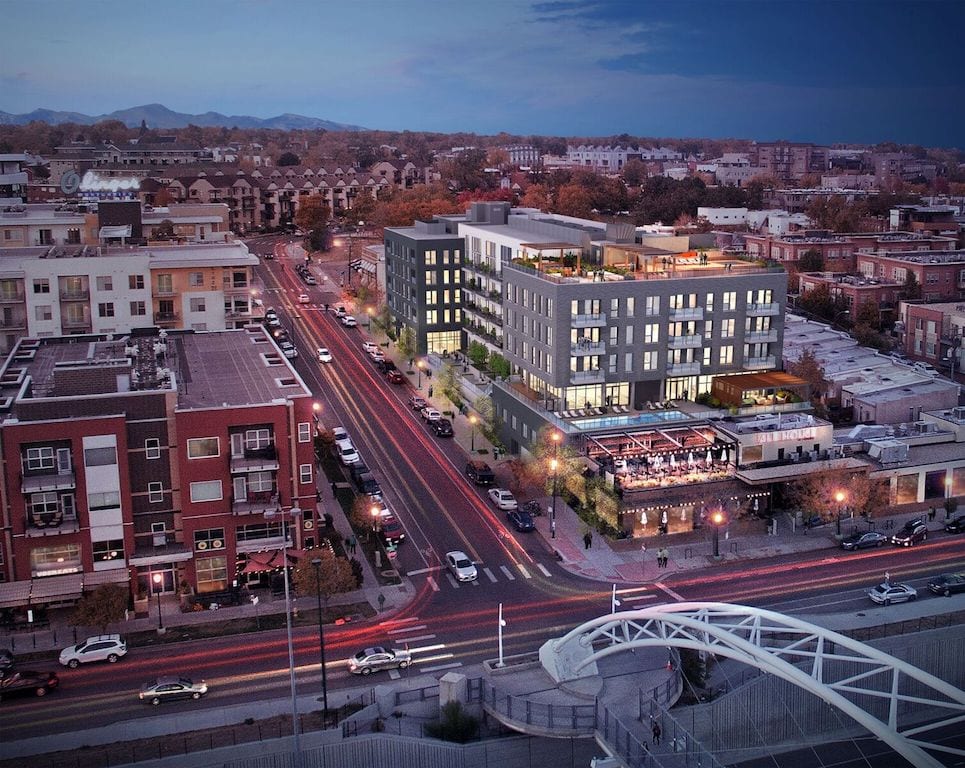 A look at Modera LoHi, which Mill Creek will develop and Shears Adkins Rockmore Architects is designing

That site also is an easy bike ride to downtown and close to popular eateries such as Little Man Ice Cream, Linger, Metropolis Coffee, and Mizu Izakaya.

“Like West Wash Park, LoHi is another area where there just aren’t many good-sized parcels still available,” Wynne said.

One thing that neither Modera LoHi or Modera West Wash Park will have is a green roof. Denver’s new green roof ordinance went into effect Jan. 1; both communities were grandfathered in.

“We are going to have some landscaping on the roof and we will probably meet some of the new requirements of the green roof ordinance with things like a white colored roof to help mitigate heat, but we will not have a green roof, per se, as required by the ordinance. We were grandfathered in because our site plans already had been approved and logged into the system before the ordinance took effect.”

Wynne remains bullish on Denver, but other than Modera West Wash Park and Modera LoHi, Mill Creek has nothing also in the works.

“That is our pipeline for the moment,” Wynne said. “But we are extremely excited about finding the next round of opportunities. But like I said, we will remain very selective.”