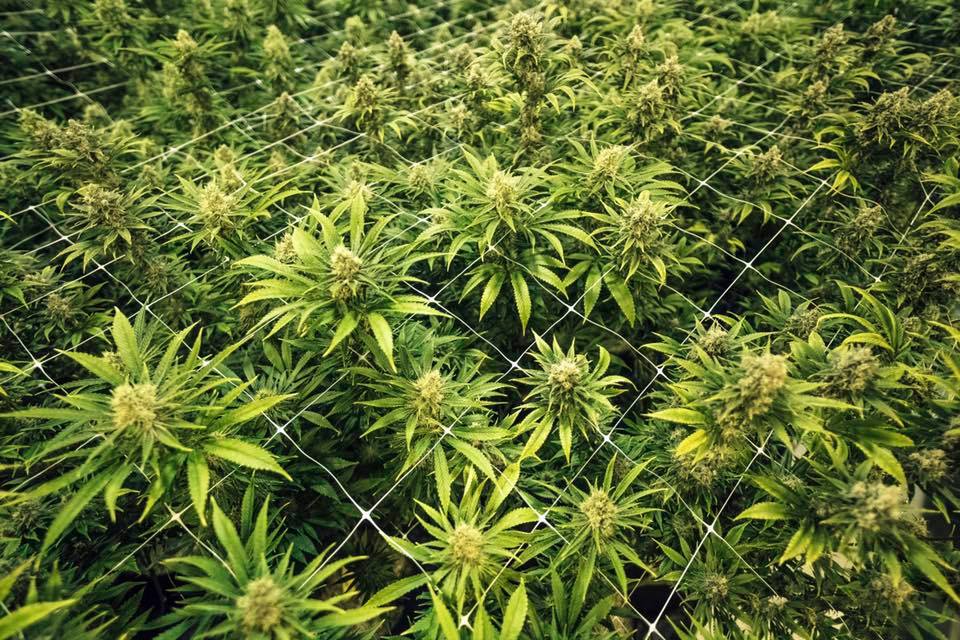 Only one company has decided not to move to Denver because of legal marijuana, a $3 billion industry. Photo courtesy of Native Roots.

Economic development guru Tom Clark was worried that when recreational marijuana could legally be sold in Colorado, it would snuff out the strong economic surge sweeping the Front Range.

“We were terrified,” said Clark, the CEO of the Metro Denver Economic Development Corp., a post he will be leaving when he retires in March.

Clark would hear over and over again from companies that said they couldn’t risk coming here with the state’s liberal pot law, which took effect Jan. 1, 2014.

That all changed, he said, in June 2015, when the Colorado Supreme Court ruled that DISH Network was within its rights to fire a quadriplegic for using medicinal pot.

“Everything changed when Charlie Ergen (the chairman, CEO and founder of DISH) won that court decision,” Clark said.

That is not to say that businesses condone cannabis.

“Companies are so desperate for talent that they overlook a lot of things,” Clark said.

“And Denver is still a pretty good talent magnet.”

Only one company decided not to move to Colorado because of legal marijuana, according to Tom Clark.

No company, of course, wants its employees to come to work stoned.

“It all goes back to attracting talent,” Clark elaborated.

“The young, millennials are the platinum demographic that everyone wants. It’s not necessarily true that consumption of pot went up with legalized marijuana, but legalizing pot did send a statement that is a testament that Colorado is a welcoming place.”

Indeed, he said that the marijuana business is “a lot bigger than anybody thought it would be. We think legal marijuana in total is a $3 billion business.”

That includes the multiplier effect fueled by the $1 billion in legal pot sales last week.

For example, the neighborhood 7-Eleven might need to hire more people to satisfy those craving a late-night snack of Doritos after inhaling.

The economic impact of marijuana might even be bigger, if taxes weren’t so high.

The total state and local taxes on recreational marijuana in Denver, for example, tops 30 percent.

“We know that when the total tax rate gets beyond 25 percent, it leads to tax avoidance. Unfortunately, that has led to a black market in marijuana, although we don’t know how big it is,” according to Clark.

He also said that “goofy” regulations regarding medicinal marijuana have contributed to the criminal sale of cannabis.

Despite the economic benefits of legal marijuana, Clark is glad that more states have joined Colorado in legalizing the sale of recreational marijuana.

“The best thing that has happened to us is that in the first Tuesday of November, a lot of other states, including California, legalized recreational marijuana,” Clark said.

“The first thing guys in other states are going to find is that all of their low-end, Class B warehouse space is going to be gobbled up,” Clark said.

“Just like in Colorado, it is going to take a lot of the crappy, small warehouses off the market,” he said.

Indeed, from 2009 to 2014, marijuana accounted for 36 percent of the industrial leases signed, according to a report by CBRE.

In fact, in the Denver area, the cash-rich cannabis growers have greatly upgraded the “quality of storage and manufacturing facilities” for their cash crop, Clark noted.

However, with pot legal in other states, especially California, some millennials and entrepreneurs will decide not to move to Colorado, he said.

And that is OK.

“The marijuana industry won’t grow quite as rapidly, but it will still flourish here,” Clark said.

“And it will take some of the pressure off of us.”